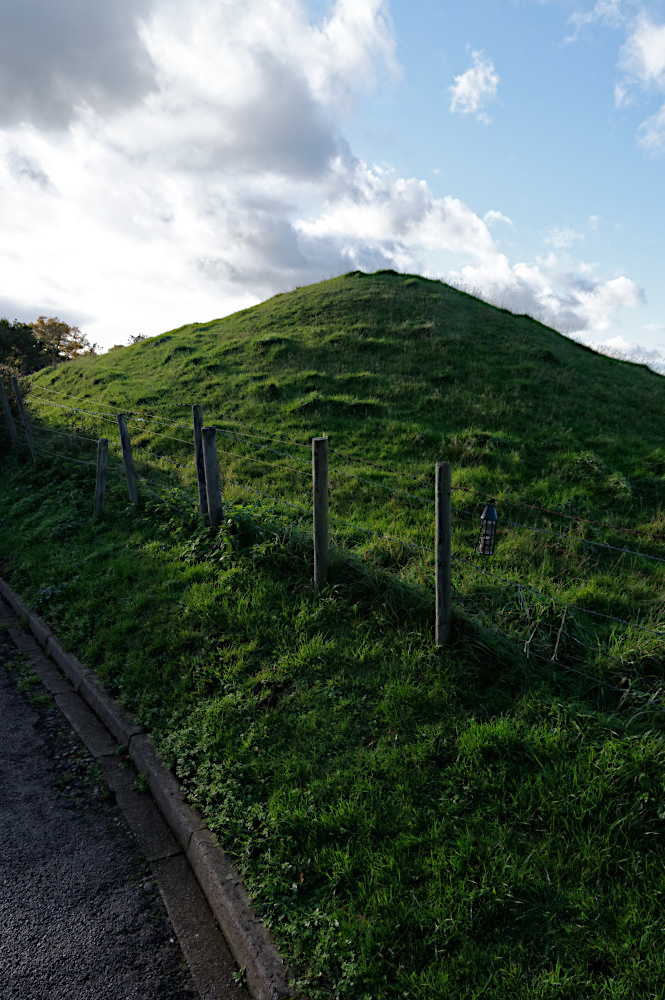 Right next to the end of Wing’s High Street by the turn to Stewkley is a motte; the mound where Wing’s Norman castle keep once stood. To the North of the mound are earthworks that are probably the edge of the original bailey.

There’s no evidence of stonework on the motte; it would most likely have been a timber keep, and a ditch and palisade defensive wall around the bailey.

Wing Castle was smaller than Castlethorpe’s, but the reason for it being there was the same; to dominate the area.

The castle is set near the top of the hill. It could see, and be seen from, anywhere from due North to nearly due South, including the Roman road that came through Stewkley from the North, and met Akeman Street to the South after going through Mentmore and Pitstone.

This road may have been an important local route, and a main reason for the castle’s position.

It’s fairly common to see a motte with a church nearby, on the site of the castle chapel. But Wing church is half a mile away and the oldest part is Saxon, so there was a settlement here long before the castle came. That’s unlike Castlethorpe where the village formed because of the castle.

The motte is about twenty feet (6 metres) high, and a hundred feet (30 metres) across. It will have eroded over the centuries and the sides would once have been steeper, the top wider and higher.

But now it’s just another piece of history, though a woman who lives very close to it told me she was glad it was there, because it meant the field would never get built on. Oh well.

The Half Hidden Castle 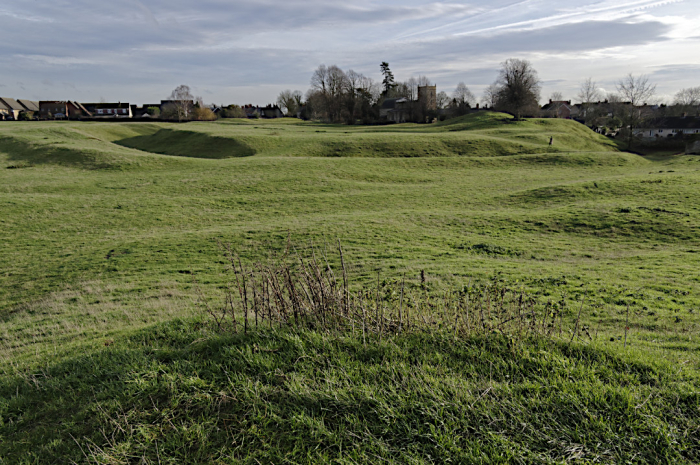 Taken from the high bank of the outer bailey, you can see the inner bailey with its ditch.(1) Inside the bailey is the church, (4) and to the right of the church, the motte. (2)

Castlethorpe’s earthworks are well known, but it’s hard to work out the layout of the castle from the great ditches in the field behind the church.

The high mound of the motte where the keep once stood is obvious enough, but half the castle is hidden beneath the modern village, unless you know where to look and what to look for.

First, what are we looking for? Hanslope Castle, as it was once known, had a nearly circular inner bailey with the motte and the keep inside it. A much bigger outer bailey, nearly rectangular, surrounded it.

It was a wooden castle. The baileys were each surrounded by a ditch, a wooden palisade, and a bank with a wall walk on top. There was a gatehouse in each one. 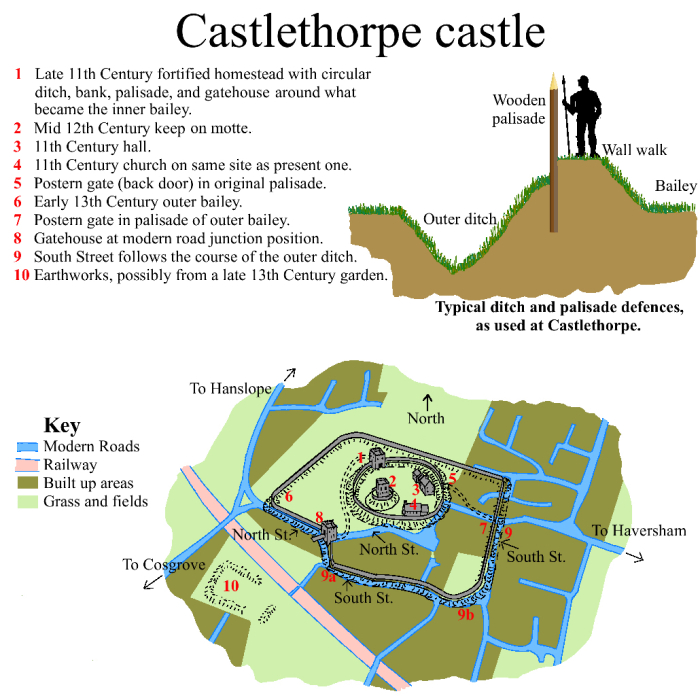 The castle. Numbers in the photo captions refer to the numbers on this plan.

Continue reading "The Half Hidden Castle" »