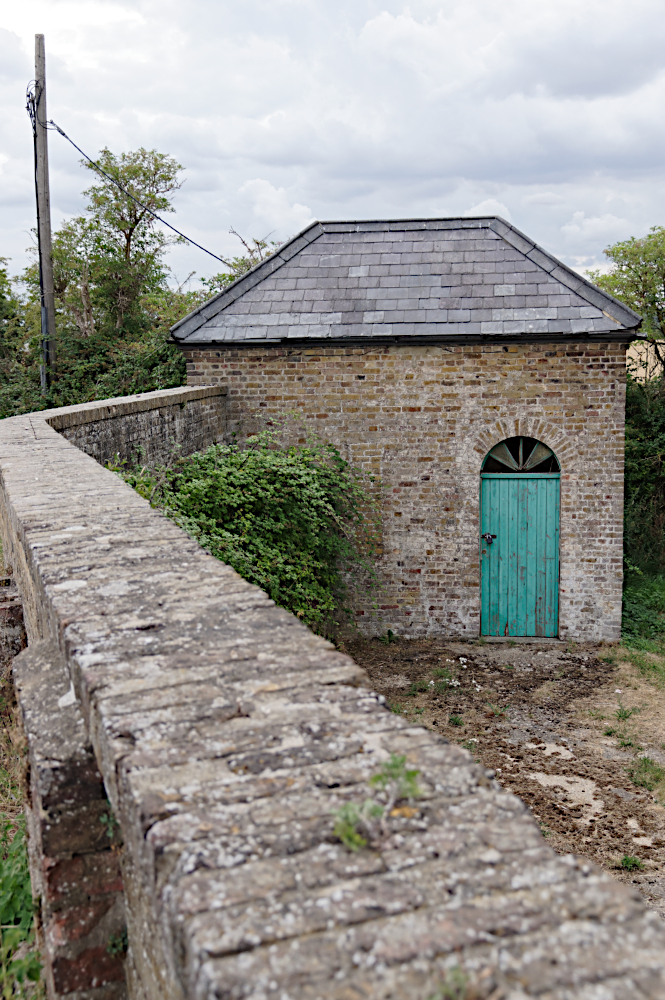 The pump house at Horton Wharf is set back from the canal, and built on to the bridge causeway. It has a large window on the right hand end, (not visible here) twice the size of the door in this side. It has the usual hipped roof.

The nine Northern engines were placed along the Grand Junction canal between the River Ouse valley at Old Wolverton and the canal summit at Bulbourne, near Tring.

These steam powered water pumps returned water to the summit, which had an inadequate water supply.

Going South you rise up a total of almost 112 feet through the many locks; apart from a few miles through Bedfordshire, that stretch of the canal is all in North Bucks. I told you more about the Northern Engines and their pump houses last week in part one. The Ivinghoe pump house, like the Leighton Lock one, has flat brick arches on the sides visible from the canal, and semi-circular ones on the opposite face. It sits in the lock keeper’s cottage’s garden, and in the foreground is a filled in pound; you can see the end wall here.
This building has an industrial type three-phase power supply, so I’m certain it is still used as a pump house.

In these two posts there’s a photo of every pump house and directions on how to reach them. If you are not too mobile, I can tell you that four of the nine are quite easy to get to. But now I‘ve checked, three of them were all in part 1 last week; Pumping Iron.

Nobody seems to know exactly why the steam powered pumps were called Northern Engines. If you do know, please comment below. 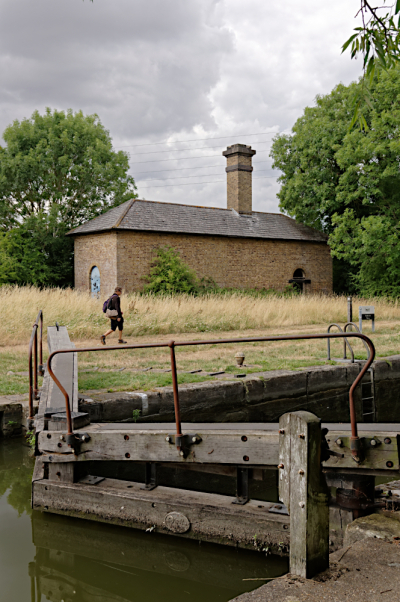 The Seabrook pumphouse is the only one that still has its original chimney, though the pump house is now disused. Between the present lock and the pump house was another, parallel lock to improve traffic flow, just as we saw at Three Locks in part one. It’s labelled as a sluice in a 1900 map. 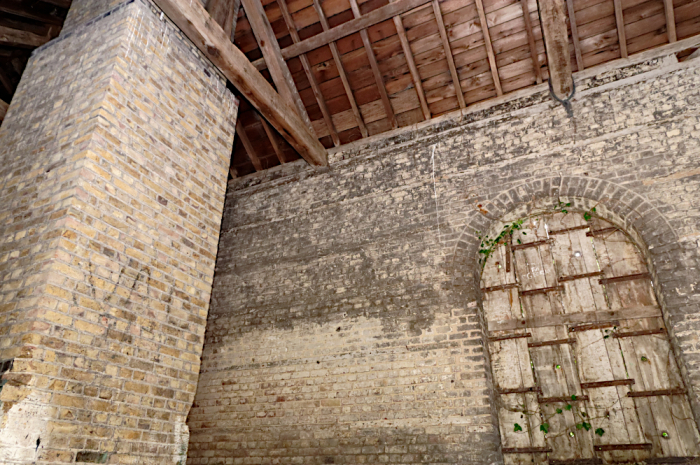 Inside the Seabrook pump house we can see the chimney, roof construction, and a large, blocked off window. The inlet to the chimney is on the far side, facing the larger portion of the building. The photo was taken through the door facing the canal; You can’t get in, there’s a steel grill over the doorway. 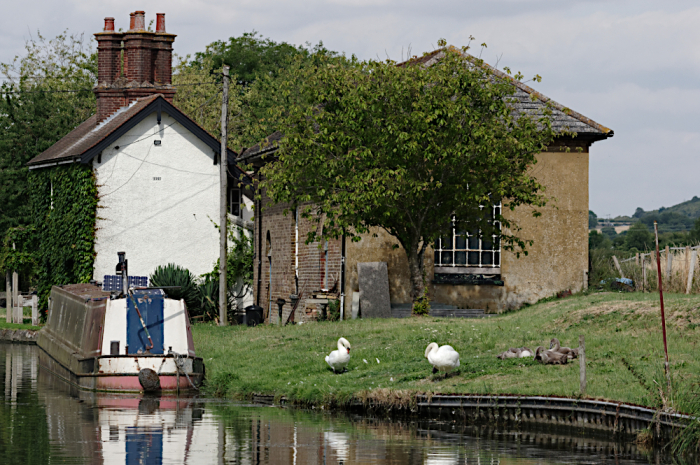 The Marsworth pumphouse, a large one that returns water from a pair of locks, sits in the garden of the lock keeper’s cottage. From the towpath it’s on the opposite bank, but there’s a public footpath running behind the pumphouse that you can get on to from the bridge about halfway along the towpath from where you started.