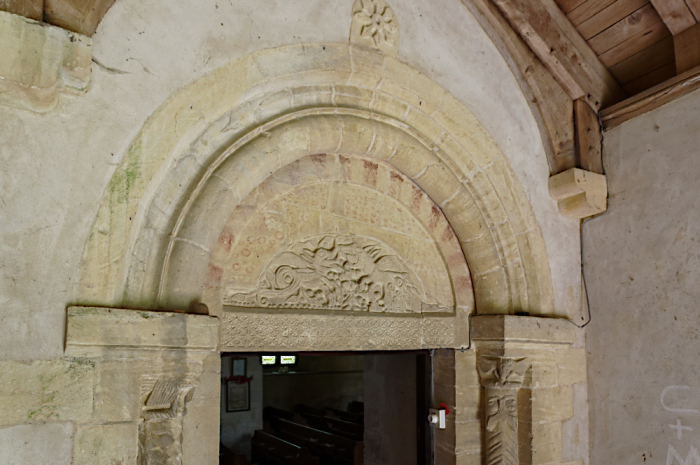 The South doorway is well protected inside the porch, which has a Tudor arch and is dated “W.G. 1688”. The tympanum was made for a narrower doorway and is most likely older than the church. It was carved in one piece with the diaper pattern lintel below it.

This is St Mary’s church, Leckhamstead and it’s been on the bank of the Leck since the mid 12th Century. What doe

St Mary’s was first built in late Norman times, and quite a bit of their work can still be seen today; the nave, two doorways, a reset window in the 13th Century tower, and the North aisle. The church is Grade 1 listed.

The North aisle was built in about 1180, and the tower added in the late 13th Century. The chancel is from the Decorated period and would have replaced an earlier, smaller sanctuary.

The small village is very spread out and has five or six “Ends”, which means it probably began as a woodland settlement. It may have still been in the woods when this church was built. 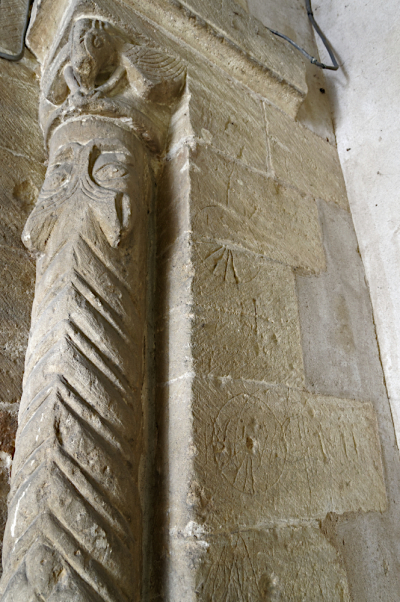 By the South doorway are two mass dials. These simple sundials were used to indicate the time of the next service, since mechanical clocks would not be invented until the beginning of the 14th Century.
A gnomen or style would be fixed into the central hole to cast a shadow, but the later porch means that sunlight now seldom reaches the mass dials. I lit the dials with a flashgun; that isn’t sunlight.

From archeological surveys it seems there had been an earlier, wooden church on the opposite side of the road, but the present building was put up in about 1160.

As ever, there is more to see in this church than I’ve shown here; these are just the details that appealed to me. 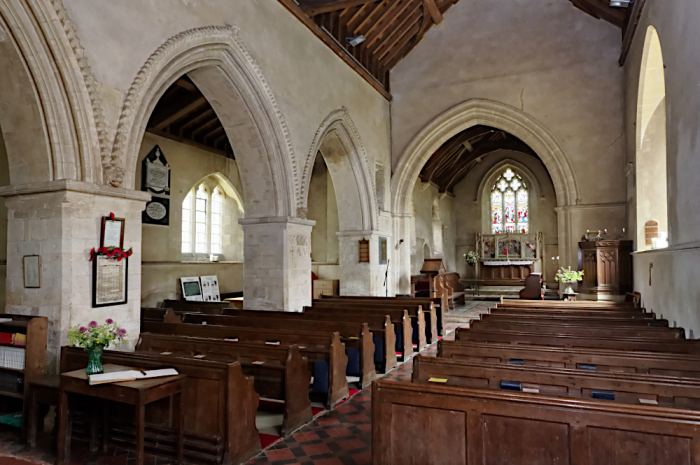 Being of the late or transitional Norman period, the late Norman arches in the arcade to the North aisle are slightly pointed, not semicircular. The chancel arch is probably comtemporary with the Decorated period chancel. 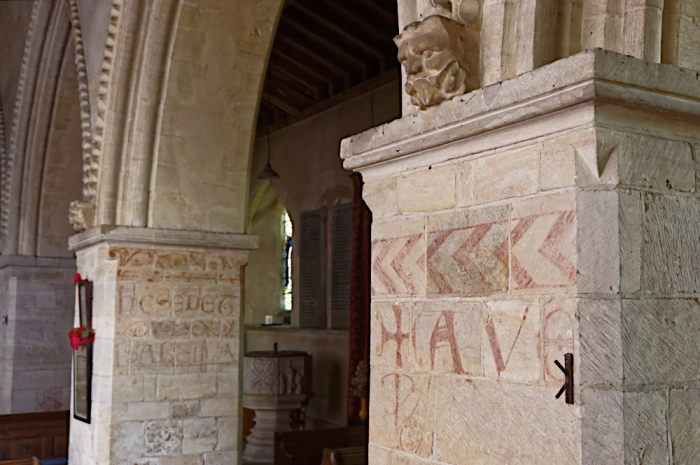 These square columns are sections of the original North wall. The painted friezes on the columns are quite well preserved. 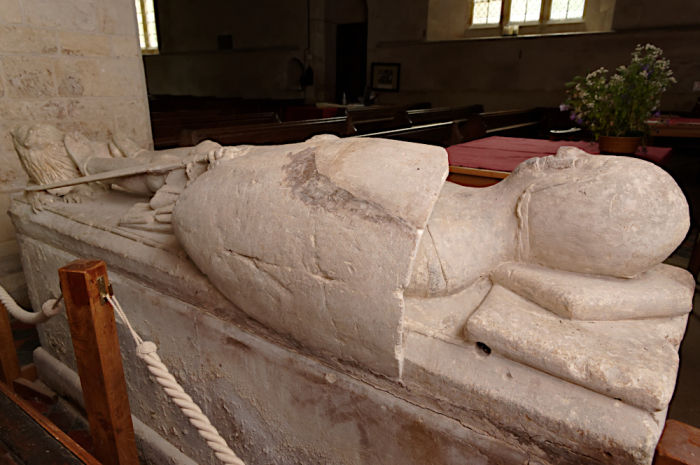 This effigy of a knight is in good condition and dates from about 1325. 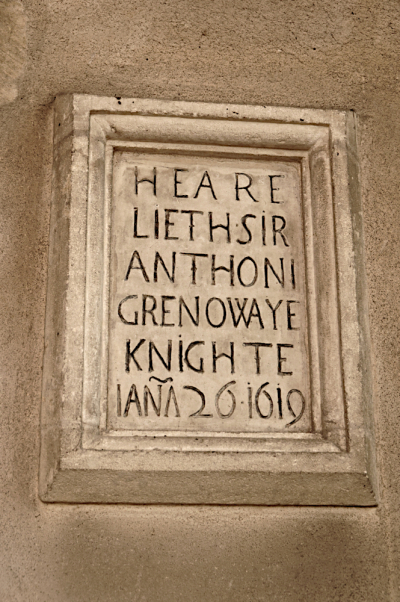 Spelling and language has changed over the centuries, but I believe Sir Anthony passed away on January 26th 1619. 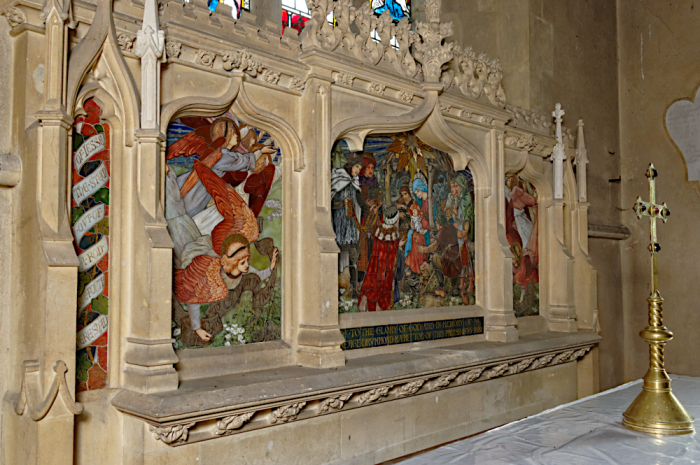 The colourful reredos under the chancel’s East window was installed in 1899. 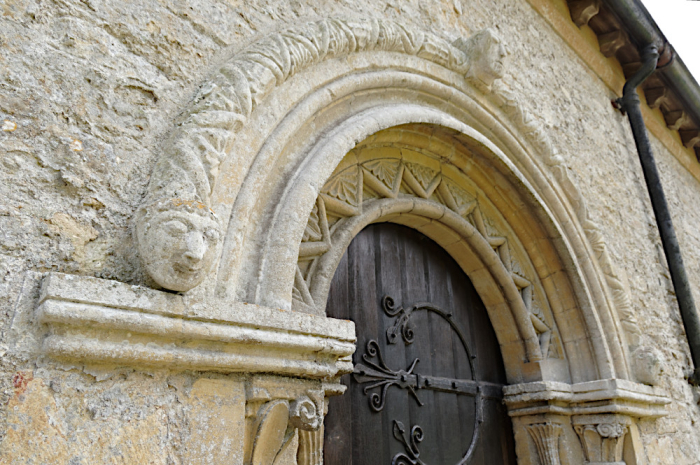 The North doorway is also Norman, with three heads on the nicely carved hoodmould. As the church is approached from the North, this is the first door you’ll see, but access is via the South porch.