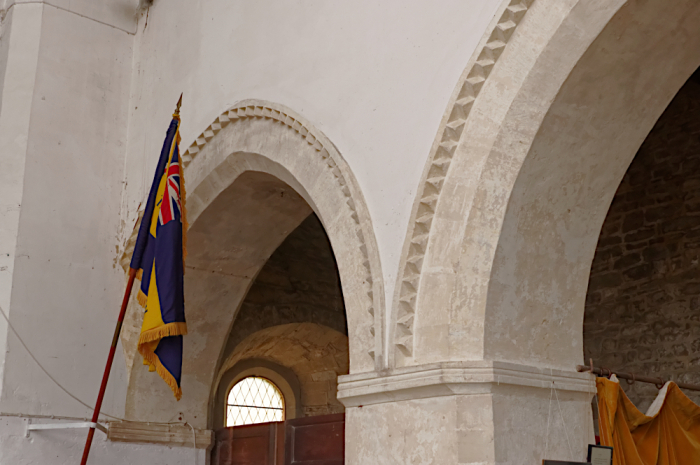 The end bay of the Norman arcade has a square column but all the other columns are round; signs of the church being extended. You can just see a Norman window through the arch.

St Mary Magdalene’s church at Tingewick was built by the Normans, though there are traces of an even older Saxon one on the same spot, found in 2017.

It’s thought that these remains, beneath the line of the present North arcade, were part of the stone plinth for a wooden church.

I know this because the first thing I saw in the church were some sketch plans of the church showing it at different times; Saxon, Norman, and Victorian.

The maker of these sketches considers the arcade (and so the North Aisle) to be a later addition to the original Norman layout of a nave with no aisles. I don’t know if that's the case, but although Norman churches originally built with aisles are unusual, they do exist.

There are four bays to the Norman arcade, and three have semi-circular arches and round columns, with restrained decoration on the arches.

The fourth has a square column and a slightly pointed arch, a sign that the nave and aisle were lengthened in the transitional period between the Norman and Decorated styles. The column was probably part of the old West wall. 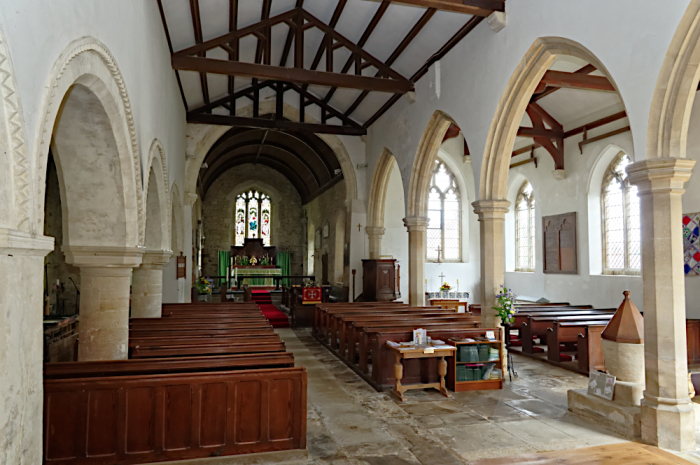 The arcade on the left is Norman, the one on the right is Gothic Revival Victorian; note the Geometric style windows. The wall above the South arcade is much thinner than the original Norman one on our left; it was completely rebuilt when the South aisle was added.
It’s a shame the roof timbers obscure the top of the chancel arch. I suspect they are Victorian. The 15th Century chancel is in the Perpendicular style; see the East window.

In the North wall of the aisle there’s a partially blocked up Norman doorway with the top part converted into a window. There’s also an original Norman window, and another in the West wall of the aisle. Also in the aisle is the mechanism of the old church clock.

The South aisle, an altogether lighter and airier space than the North one, was built in 1852 in the Gothic Revival style. The columns look very slender compared to the Norman ones opposite, and the windows are in the Geometric style. The open fronted porch which I rather like was built at the same time.

The chancel and, I think its arch, were built in the late 15th Century in the Perpendicular style.

The tower was built around the same time, but oddly it does not have Perpendicular windows. Instead, they are very similar in design to the windows of the Victorian South aisle; it seems likely they were replaced when the South aisle was built.

The church is open every day from 10 am to 5 pm. You’ll find it on Church Lane, on the North side of Main Street. The tower is visible from the bottom of the lane. 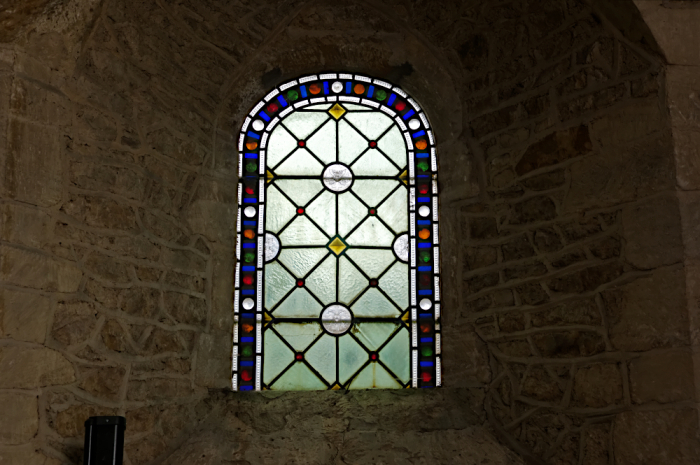 An original Norman window in the North wall of the aisle. The date of the glass is unknown. The Norman North doorway is partially blocked and the top made into a window. The monogram in the glass (date unknown) reads HCB or HGB. This memorial tablet should be fairly clear but I can tell you more. Admiral of the Fleet Sir Roger John Brownlow Keyes is not buried here but in Dover, with the casualties of the 1918 Zeebrugge raids he lead to deny the port to German submarines. He lay in state here first but his funeral service was at Westminster abbey in 1945.
His son Lieutenant Colonel Geoffrey Charles Tasker Keyes died in 1941. Under General Rommel’s instructions, he was buried with full military honours in a Catholic cemetary in Libya. His body was later moved to the Benghazi War Cemetary, also in Libya. 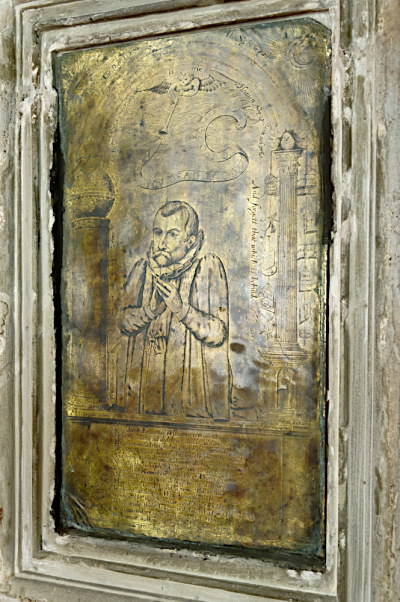 Erasmus Williams was the rector of Tingewick; born in 1552, he died in 1608. Unlike the Keyes tablet, this one is difficult to read even on close inspection. But there’s an easy to read copy, in black ink on white paper hung next to it in the chancel.

This post's photos were taken with a Pentax camera and lens.