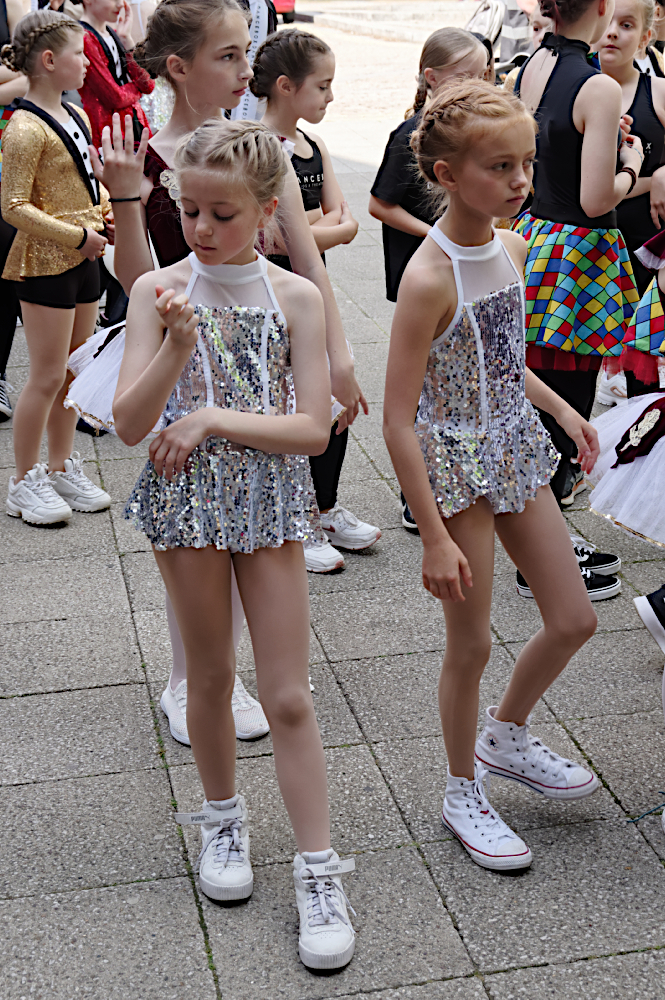 Girls wait for the parade to start. They’ll be dancing after the parade gets to Campbell Park, and some of them (with the multi coloured skirts) danced during the parade too.

Well, that was a nice long weekend of our culture and tradition, both celebrating history and making a bit more of it, too.

I started on Thursday morning when I followed the big Jubilee parade at Central Milton Keynes across to Campbell Park. In the evening I drove to Quainton to see the lighting of their Jubilee Beacon, on Mill Hill behind the green. I covered that last week.

On Saturday night I followed ancient British tradition and culture and went to the pub, to drink beer and listen to live music. I found some proud patriots in the bar.

On Sunday I went to Jubilee Classic Stony, Stony Stratford’s classic vehicle festival. As is traditional for outside events in Britain, it rained. I still enjoyed it. Usually both Classic Stony events have good weather, even the one on New Year’s day.

Later that day I joined the Old Woughton Jubilee afternoon tea, at Woughton House in Woughton on the Green; a most traditional event. The organisers had asked us to bring a cake, so I’d made a fruit cake and carried it up there still warm from the oven. The event went well, and there’s talk of repeating it next year. When I got there I saw that plenty of other people had brought cakes, too.

(Note: if you want a copy of the group photo the payment buttons are now back in place; see below)

Woughton House is where I took the group photo at the bottom of this post. The blogging platform I use isn’t good for highly detailed photos, but here is a much clearer version. I am selling A4 prints of this shot at £15 each, plus postage.

Payment details are at the bottom of the page. 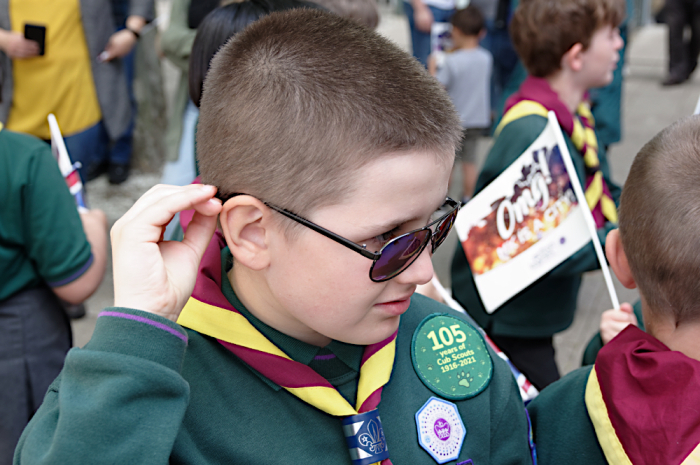 One of the boy scouts waiting at the Western end of the shopping centre for the parade to start. 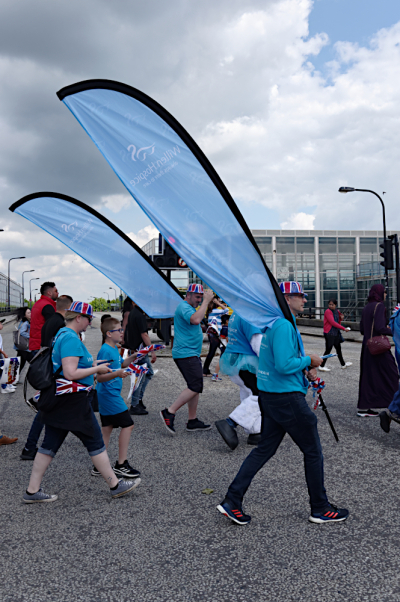 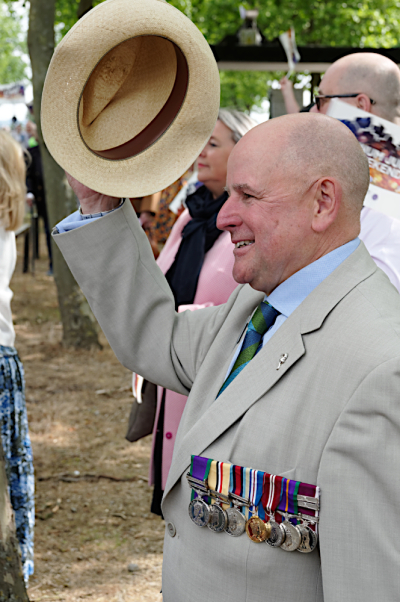 An ex-forces man salutes cadets as they march by. 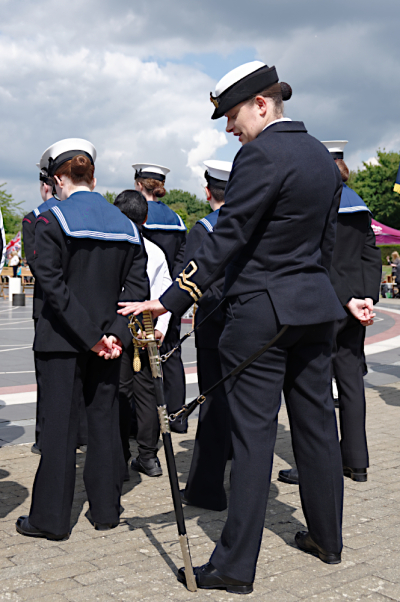 Sea cadets at the Milton Keynes Rose, at the end of the parade. 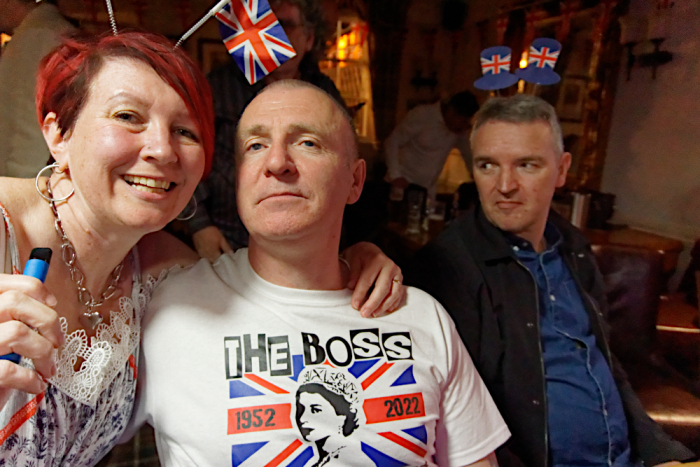 The man in the centre here is ex-forces and explained to me that Queen Elizabeth II was “his boss”. As you can see he’s been there and got the t-shirt. This is in the Old George, Stony Stratford. 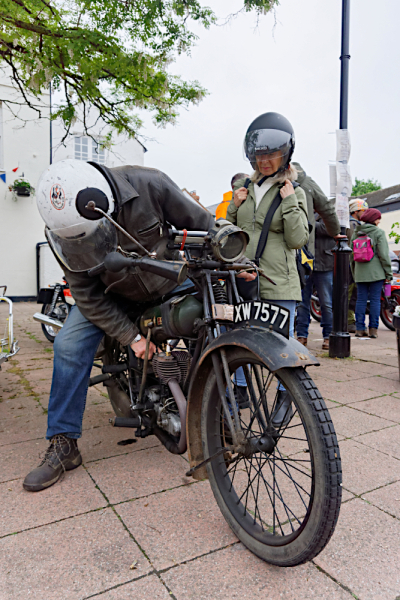 The owner of this 1925 Motorcycle reckons that this machine with its green cylindrical tank was a “BSA Flying Marrow” and it’s a year older than the Queen. I watched as he started it first kick, then rode away with his pillion passenger. 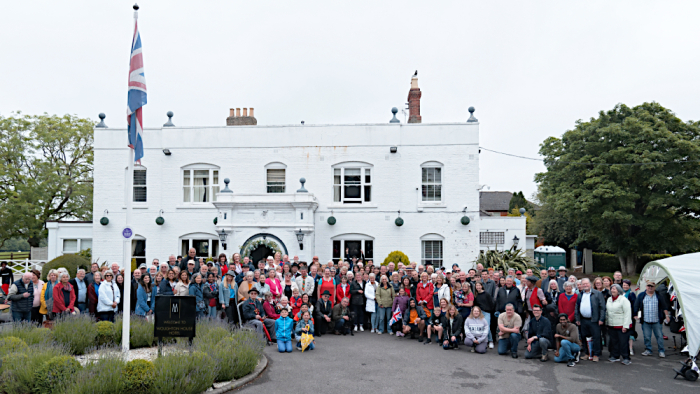 Here’s the group photograph, at Old Woughton’s Jubilee Afternoon Tea. What a turnout! Behind them is the early 19th Century Woughton House, now a hotel. This is a clearer version, not limited by the small size blog photos must be. I am selling prints of this photo on A4 paper; if you’d like one just click on the buttons below; they are £15.00 plus £1.99 P&P. The image size is approx. 11⅛” X 6¼”, 283mm X 158mm. My apologies if you looked for the payment buttons before Tuesday evening; they were there when this post went up, but disappeared when I wasn't looking! I'll keep an eye on them.

Stunning pics Roger, so crystal clear. And what a massive turnout at Woughton House – I wonder how may were also present at the last royal celebration on The Green 69 years ago – I can tell you, the gathering was far smaller!

I’ve often wondered, are the massive pine trees at the entrance to Woughton House Californian Redwoods, they look very similar.

At the afternoon tea was a large photo of Queen Victoria's Golden Jubilee in 1887, with about the same number of people.

I don't know what the pine trees are at Woughton House, but I will see if I can find out next time I go past the house.