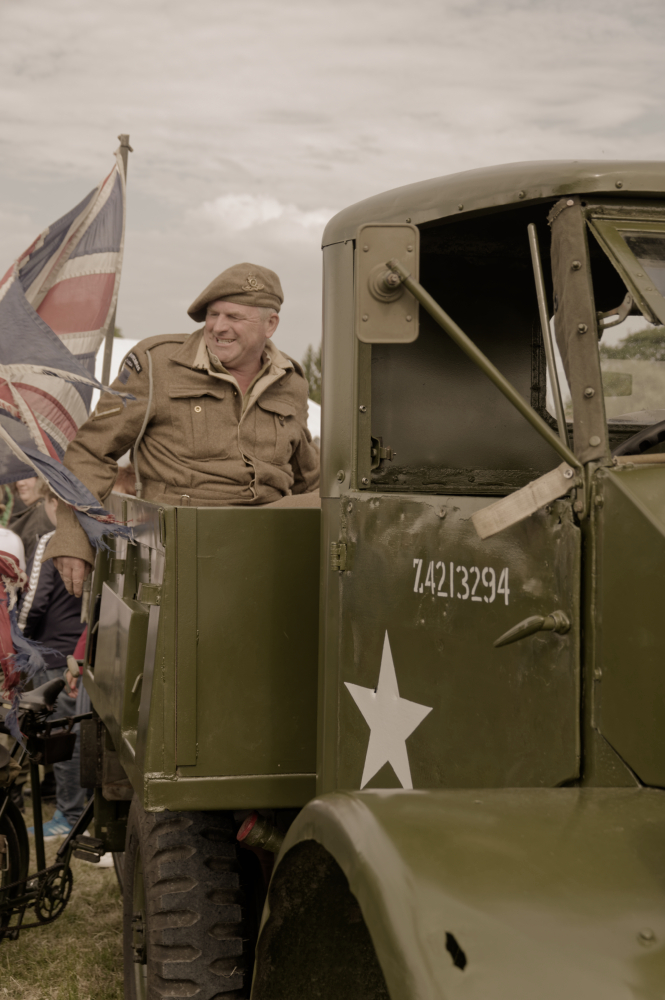 Often forgotten in tales of war are the supply lines. Without food, ammunition and fuel an army will soon grind to a halt; unable to fight or move.

This is where the truck and lorry drivers come in. Canadian built trucks like this 15 cwt Chevrolet were used to supply troops during Operation Overlord, the Allied invasion of occupied Europe that began on 6th June 1944, 78 years ago today. That is, D-Day.

This is a Canadian Military Pattern (CMP) truck, built in huge numbers and in numerous versions for the armies of Britain and the empire in World War 2.

This example was built in 1941, and during restoration yellow paint was found, strongly suggesting that it saw service in North Africa before going to Sicily and Italy, then on into Europe.


The film A Bridge Too Far is based on Cornelius Ryan's book of the same name. Meanwhile I've just read James Holland's Brothers in Arms; it's very good.

After the war the truck was sold off and used on a farm as a general purpose 4 X 4 vehicle.

It’s now marked up as a 30 Corps medical supply truck. 30 Corps landed on Gold Beach on D-Day and that September were involved in operation Market Garden, later filmed as A Bridge Too Far.

The truck still carries scars from its wartime service, and they have been left unrepaired as a mark of respect for the men who drove it.

I saw this Chevrolet at the Newport Pagnell Vintage Event last Saturday. You probably can’t quite read it here, but the Lance Corporal wears the shoulder tags of the Royal Winnipeg Rifles.

D-Day was a long time ago now, but what does it mean to you now?

Today's photo was taken with a Pentax camera and lens.