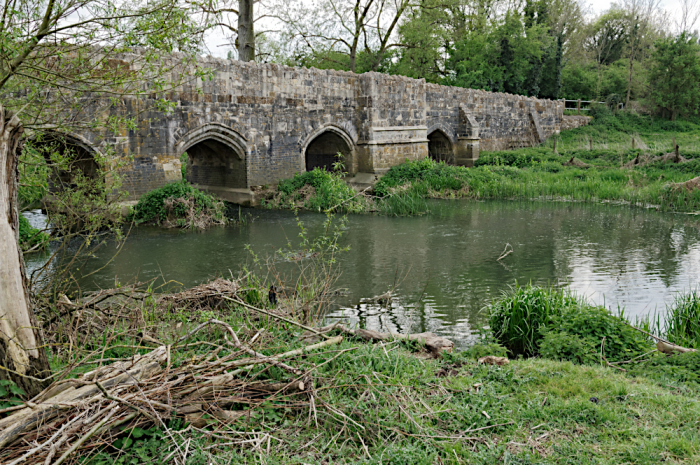 With no photo of the ford all I had was the photos for half a post, and no time to go back for a reshoot. What to do?

Well, there are always shots I like which don’t make it into the blog. The post is already too long, the photo isn’t quite relevant, it’s too similar to another shot.

Or in this case, because I made a mistake; I meant the post to be about the Romano-British settlement here; the tumuli, the Roman roads that led off in five directions, the important ford.

So instead  I’m going to show you a few of those other photos; images you might have otherwise never seen. 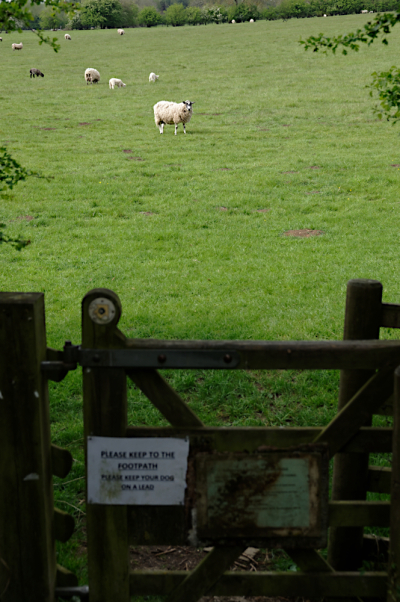 This is the start of a public footpath that leads across the field and past the Roman tumuli. 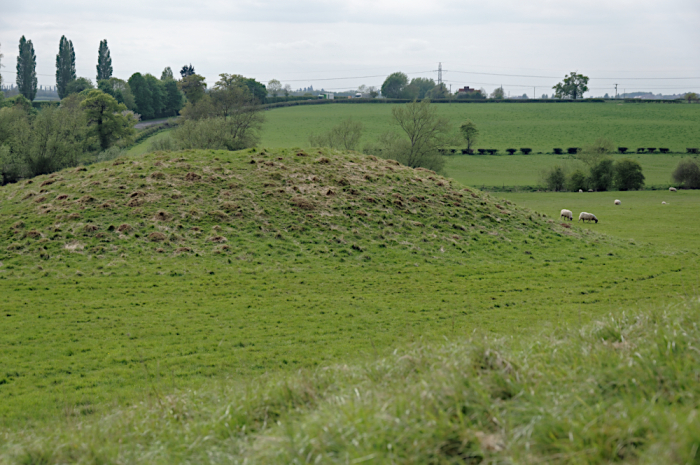 Looking back towards the brook from the top of a tumulus. The main road is top left, the 14th Century bridge out of shot and out of frame, far left of centre. 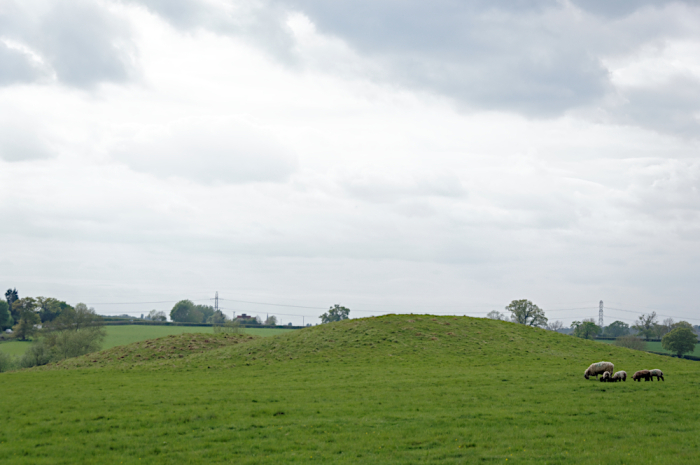 Sheep, harmlessly passing their time in the grassland away.

(The caption above is a reference to lyrics in this album) 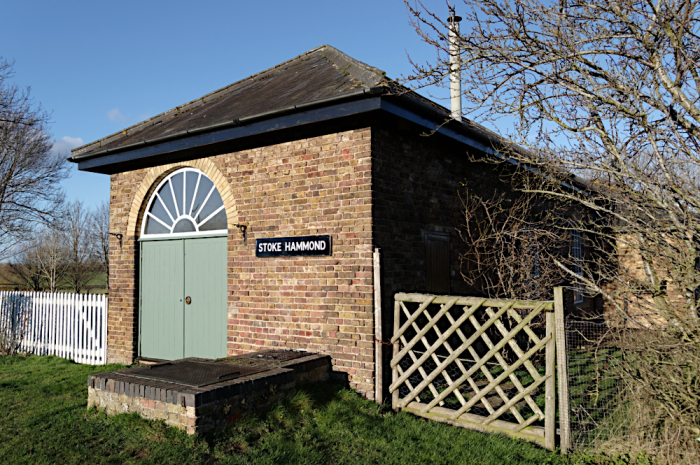 The pump house at Stoke Hammond, built to move water back up the canal to the summit at Tring. There was a pumphouse at every lock or set of locks. 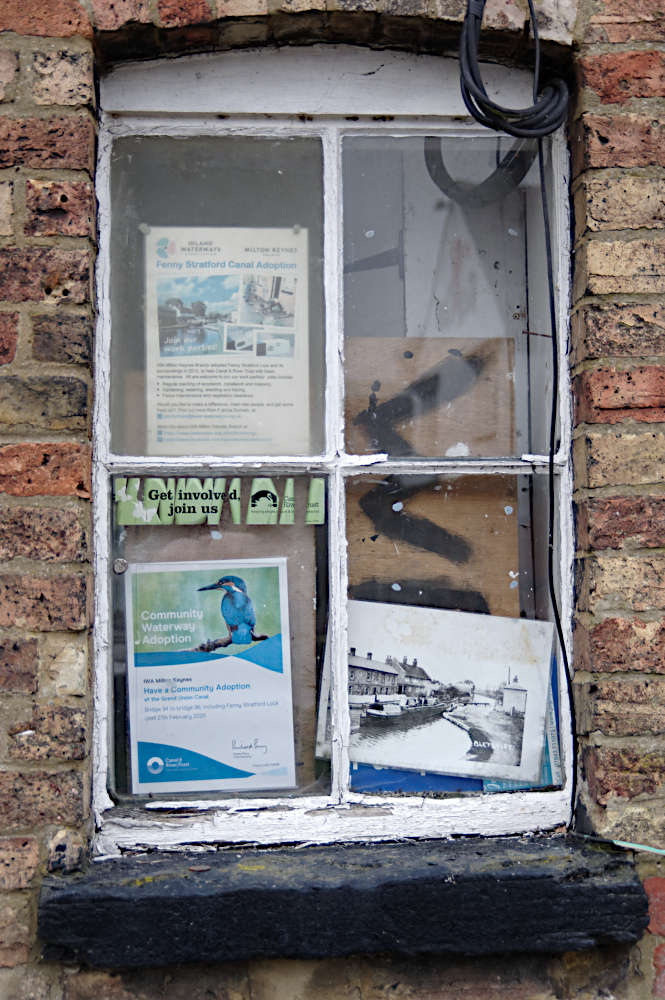 This window in the pump house at Fenny Lock is in poor condition. The lock is still worth visiting, though.