No Entry This Side 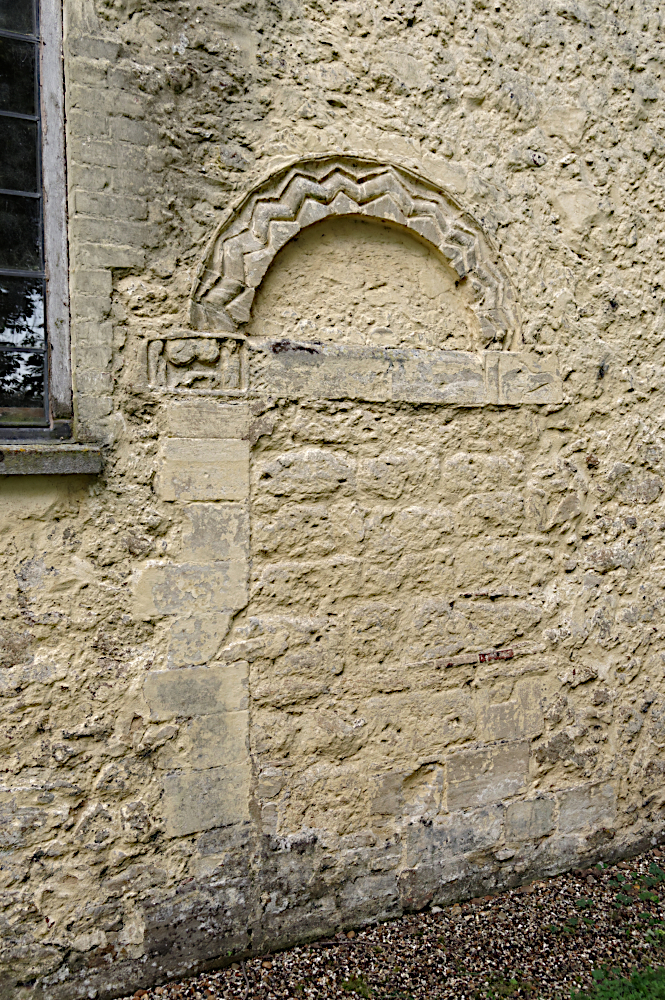 Even small and simple churches have interesting details, so it’s always worth having a look.

For example, here’s the blocked up North door of St Martin’s church, Dunton. Built in the 12th Century, it is of course Norman; the zigzag (chevron) pattern is typical of the Norman style.

St Martin’s has a small 12th Century nave and smaller 13th Century chancel. It has a low 13th Century tower with clasped buttresses. The South wall of the chancel is 18th Century. Dunton is between Whitchurch and Stewkley.

Have you ever found something you didn’t expect while out exploring?

First printed in 1965 and now out of print, this is still one of the best guides to looking at churches. I often refer to my own copy.

I used a Sony A6000 and zoom lens for daily carrying, when I'm not going out just to take photos. I always carry a a camera.