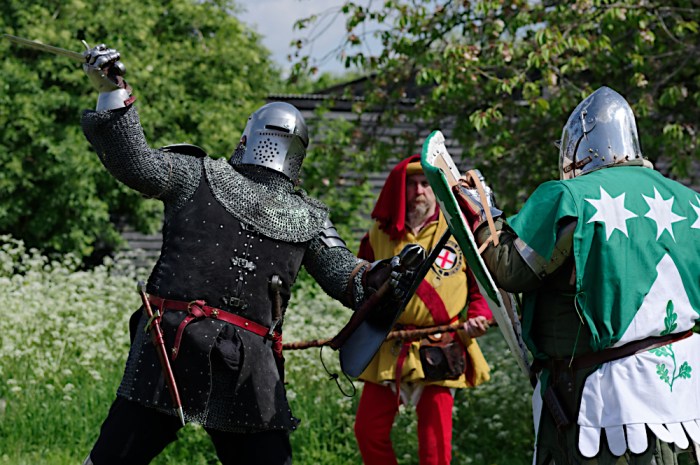 You won’t be surprised to learn that these are members of the Medieval Combat Society.

If you are reading this blog, it’s likely you are interested in history.

But you can do more than just read about it, watch documentaries or visit historical places. You can join a reenactment society, experience life in the periods you most enjoy, (even camping in an authentic manner) and get to meet other people that share your interests. 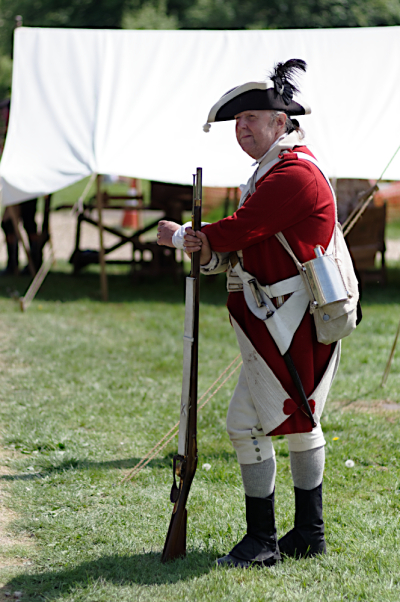 This soldier from the British 17th Foot Regiment showed me the loading procedure for his Brown Bess musket. From this procedure came quite a few well known phrases; “keeping your (gun) powder dry” and “going off half cocked” are just two of them.
He is part of the Redcoats and Revolutionaries group, who reenact both sides of the American War of Independence. They say: “As a prospective member, you may choose with who your allegiance lies: with HIS MAJESTY KING GEORGE III or with the REVOLUTIONARIES of the colonies.”

Last weekend I visited the Milton Keynes Museum for their History Festival, where I found reenactors from many periods, from Viking times right up to the 19th Century.

Many of these societies have members spread across the country, coming together for history fairs like this one and for their own events too. But the Hwicce Vikings are a mostly local group, based in Milton Keynes. This officer of the law in (I believe) a Victorian uniform for the Metropolitan Police is John C. Overton, who is a “Historical Interpreter/freelance Educator at self or anyone who will pay me”.

The reenactors are a pretty friendly lot, though a couple of 18th Century highwaymen tried to rob me; I told them my camera was a really good bludgeon, they believed me, and we parted on good terms!

Here’s a list of groups and societies, and a few others, that came to the Milton Keynes Museum History Festival.

The Vicus
“The Vicus is an Iron age and early Roman (1st c. BC - 2nd c. AD) re-enactment society that interprets history through the media of experimental archaeology, reconstruction and living history.”

Hwicce Vikings
They say: “Our 50 strong ragged band travel the land recreating the lives of Vikings and Saxons. We demonstrate combat and crafts as part of 'The Vikings' society.” The Hwicce Vikings are based in Milton Keynes; their full title is The Hwicce Dark Age Reenactment Group. 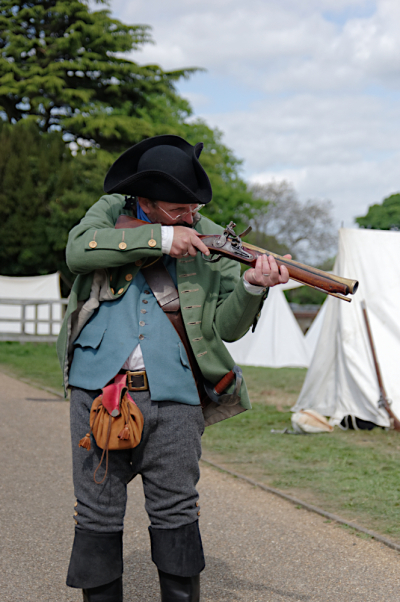 One of the highwaymen who tried their luck with me. Being from the 18th Century he had no idea what a camera looked like, which is why I could persuade him it was a handy weapon! He is part of the Rose and Thistle group; see below.

Chanz Des Reis
“We are Chanz des Reis (‘song of the Kings’),a historical reenactment group covering the period 1066 to 1266, with a particular emphasize on the Anglo-Norman / Angevin era of 1135-1216”

The Queen's Regiment
(We are) “a re-enactment unit recreating the British infantry of the early 18th Century.”

Roman Trader
“Makers of quality reproduction artefacts, based on archaeological finds from the Bronze age, Roman and Saxon periods.”

Not there at the festival, but useful to know
The Living History Archive has a list of events, advice of starting out, etc. Revival Vintage sell genuine mid 20th Century clothing for reenactors and also have an events list. Historic UK have a long list of reenactor’s groups and societies. 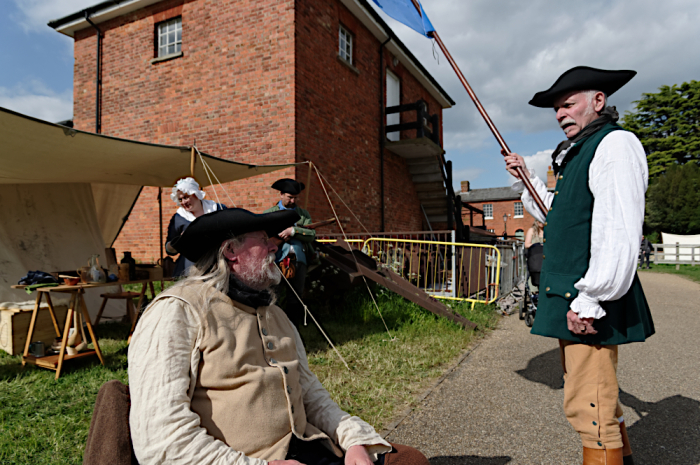 Rose and Thistle recreate members of John Roy Stewart's Scottish Regiment during the Jacobite rebellion, but they also have an alter ego as 18th Century highwaymen; the fellow on the right is one of them.
Rose and Thistle are part of the Lace Wars society, who say: “We specialise in the period 1740-1760, in particular the Jacobite Rebellion, but we have also been known to dabble with events based on smugglers, highwaymen and other ne’er-do-wells!” Their name refers to the flat braid on uniforms of that period. 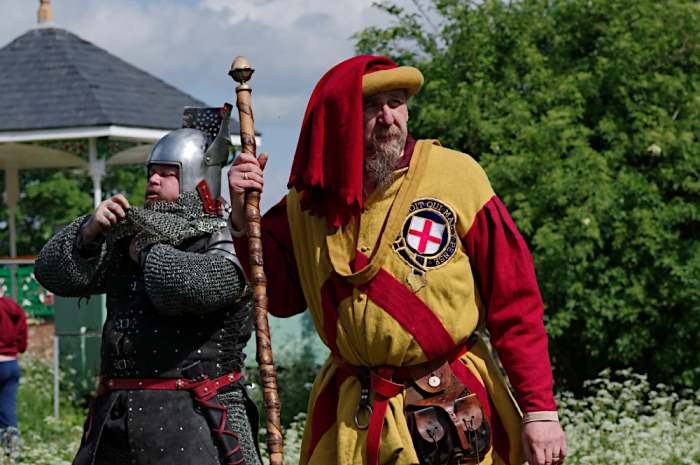 The Medieval Combat Society came to the History Fair at short notice when most of another group fell ill and couldn’t make it. They say: “We are a 14th Century Reenactment Group, originally formed in the 1970’s. (We) have fun whilst entertaining others and generating interest in British history.” 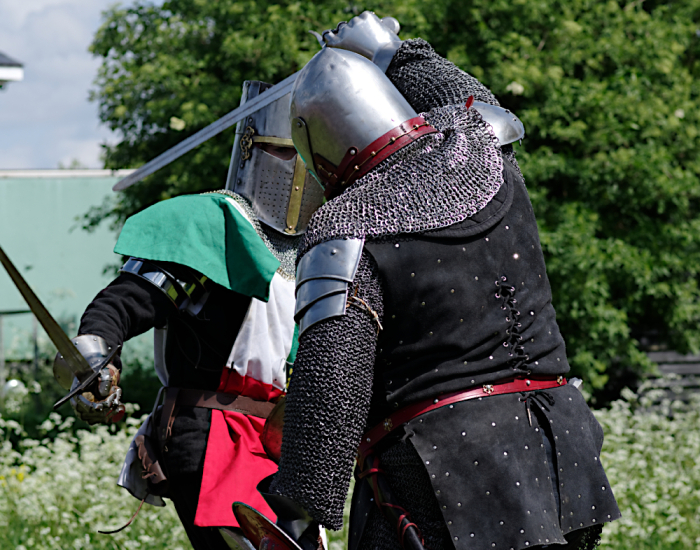 Knights of the Medieval Combat society showed us how it’s done, in their most entertaining show.