Home Subscribe Affiliates Commenting... Contact About
Nice Glass When You Can Get It
Not by Royal Appointment 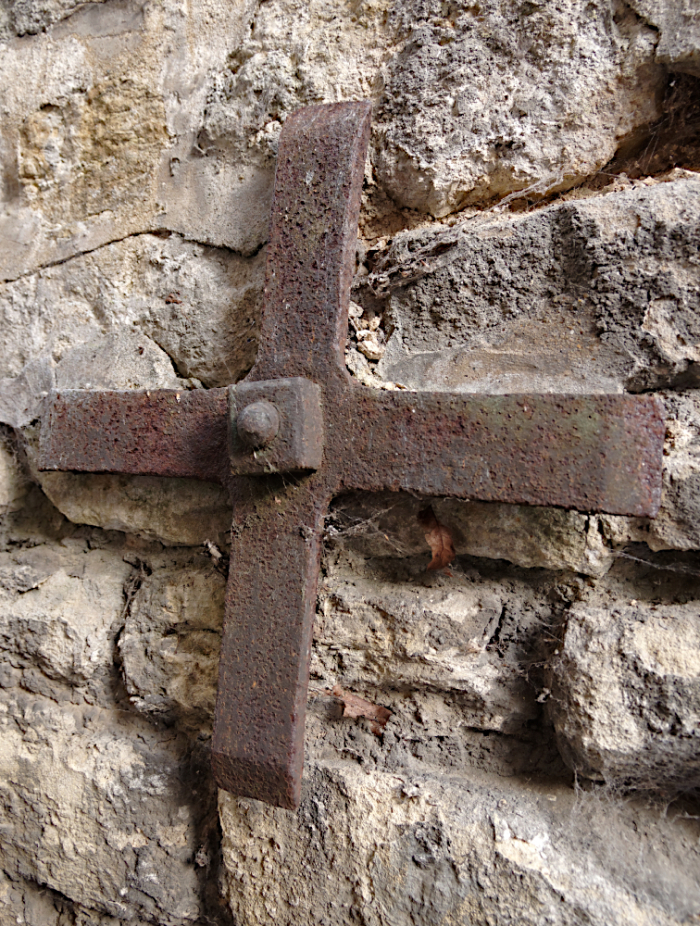 You’ve probably seen large metal ‘X’ and ’S’ shapes on old buildings and wondered what on Earth they were for.

They are there to hold the wall up, fixed on to the building to stop the walls bulging or even falling down.

They are anchor plates. For every one you’ll see on the front wall of a building, there will be another one round the back; they come in pairs. Connecting each pair is a wrought iron rod running through the building. It has threaded ends.

Large nuts ( there’s a square nut on the one in today's photo) are tightened up on these ends to clamp the anchor plates against the outside walls, to hold them in. There are very often several to be seen together, to spread the load.

But this one is a bit of a mystery; it’s not on a building but on a wall in an alley, just off Stony Stratford High Street; it’s a garden wall. There isn’t an anchor plate on the other side of the wall, just a rusty metal stump; the remains of the tie rod. Where was the other anchor plate?

Now here’s a strange thing: although this face of the wall is stone, the other face is brick, matching the house on this plot. I think the stone wall is the only remaining trace of a house that stood here before the present brick one, Tower House. The brick facing is just to match the house, the other wall and the entrance pillars.

There are records of a previous house on this spot, destroyed by one of the town’s great fires in 1742. It seems it was at least partly of stone and had started to bulge before it burnt down.

The alley leads to the tower of St Mary Magdalene Church, all that’s left of it after the same great fire. On the other side of the alley is the Car Spares MK shop.

There you go, all this from a simple piece of iron.

Tower House was built in 1746, but has been much altered since.