Nice Glass When You Can Get It 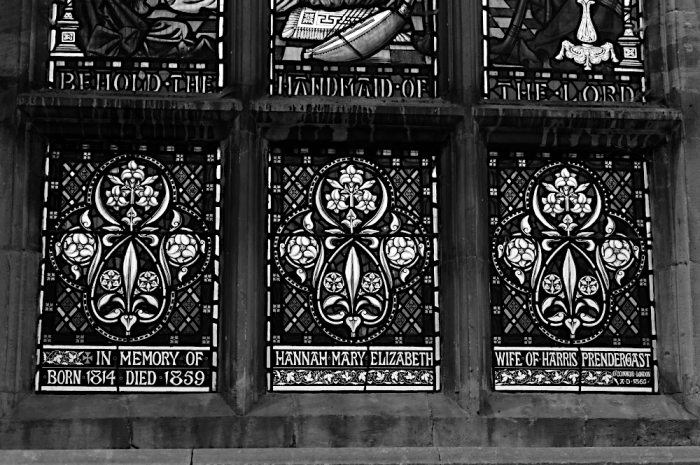 Windows dedicated to the dead are common in churches. Here, Hannah Prendergast passed away at about 45 years old. Her husband Harris was a barrister who outlived her by 19 years.

When it’s cloudy and wet out, what can I photograph for the NBW? Stained glass windows, from inside a church? Yes! The low diffused light illuminates them nicely.

I remembered that All Saints church at Emberton has a grand selection of stained glass, so I drove up there and walked up to the church through the rain.

The grey weather and the deep colours of the stained glass made the church very dark inside, but I found the light switches and started taking photos.

All Saints is a 14th Century church; the chancel, nave and aisles were built around 1340 in the elegant Decorated style.

The tracery in the nave windows is a faithful Victorian copy of the original design. There are twelve windows with stained glass; all Victorian except for the two most Westerly windows in the aisles; one in the North and one in the South.

There are also fine modern glass doors between the North porch and the nave. These are not stained, but engraved.

The clerestory has five Victorian windows, probably added to offset the loss of light when Victorian stained glass was progressively added to the church. They are not stained, nor is the low-side window in the chancel.

The tower is later than the rest of the church, having been built in the early 15th Century. Apart from the tower and the Victorian porches and vestry, the church is not too much altered; it’s a good chance to see a Decorated church almost as it first was. 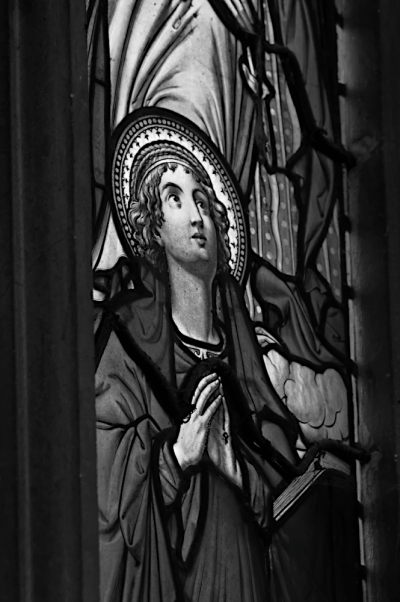 Another detail of the memorial window to Mrs Prendergast. It was installed in 1865, six years after her death. 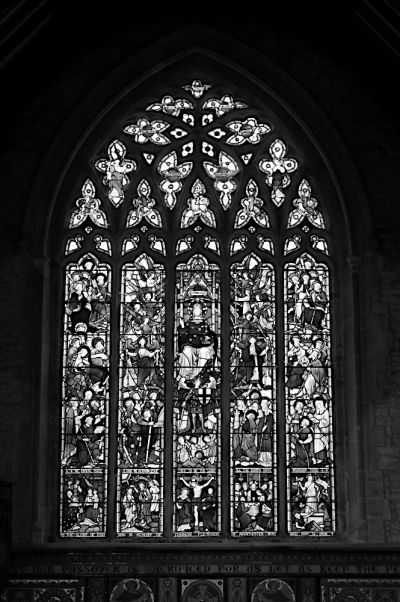 The glass in the five light East window dates to 1868. 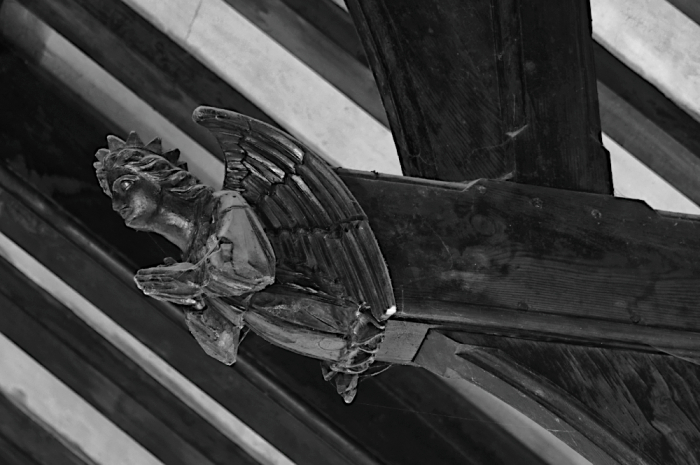 An angel in the roof of the nave, one of many carvings there. I didn't just look at glass on my visit. 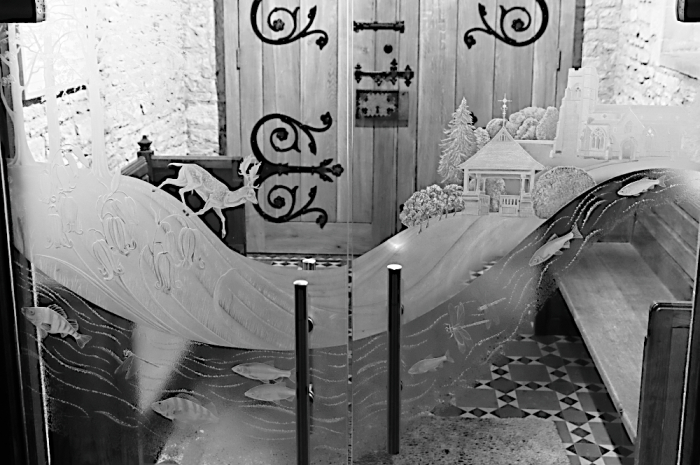 These engraved inner glass doors to the North porch were installed around the end of 2018. The images are full of symbolic meaning. The glass allows light into the porch from the nave, as it would otherwise be very dark. The new oak doors, installed around 2017-18 using ironwork from the old Victorian inner porch doors. The engraver was Tracey Sheppard. 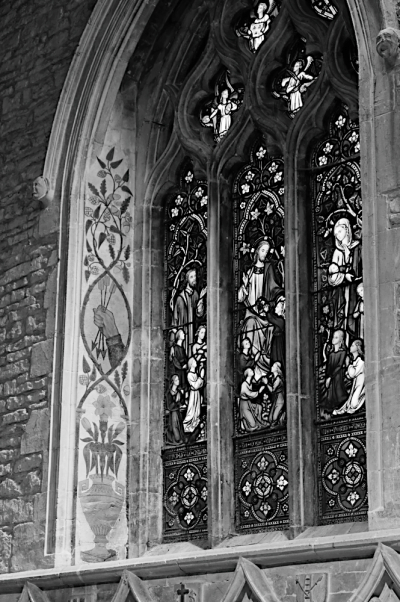 A painted reveal around a window in the South wall of the chancel. 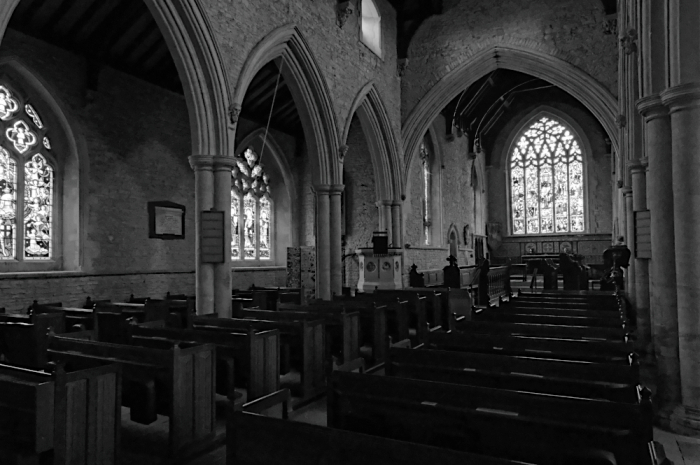 The church at dusk. It was much darker than it looks here, but that would make a poor photo so I brightened it up.