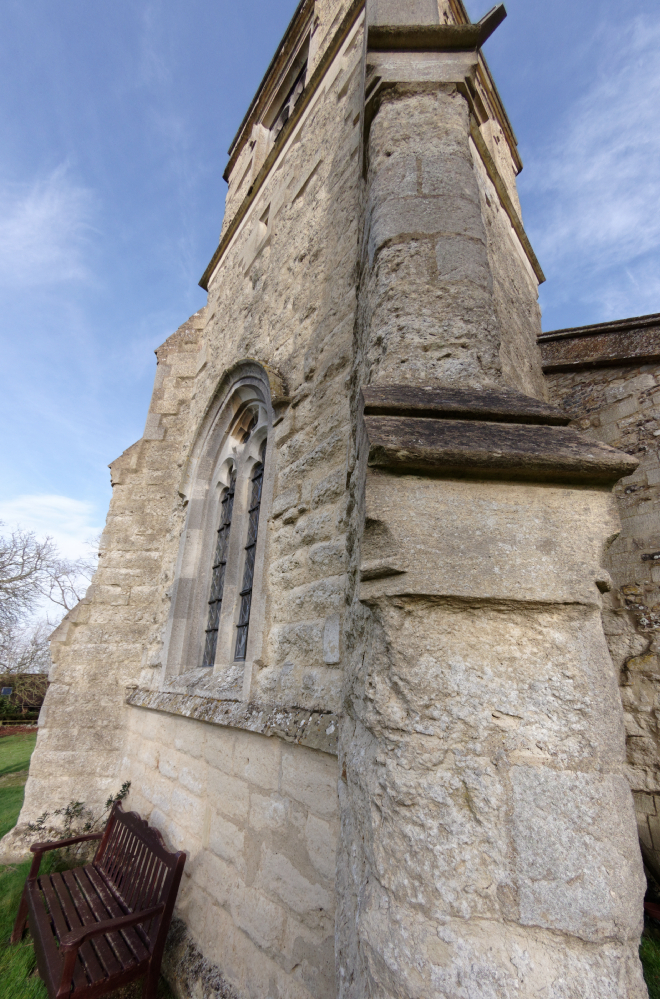 Diagonal buttresses on the 15th Century tower of Drayton Parslow’s Church of The Holy Trinity.

All these photos are of buttresses, those ribs of masonry that stick out from a wall. But what is a buttress for?

It’s there to do more with less.

The oldest buttresses we might see are very wide, but don’t stick out very far. These will mostly be on churches, the oldest buildings in most towns and villages.

But the walls will be very thick. In Norman buildings those thick walls aren’t terribly efficient, the faces being cut stones and mortar but the centre was just rubble.

As the Medieval period progressed, walls became thinner and buttresses narrower but deeper. This meant less stonework but with the same degree of strength and rigidity. Not filling the middle with rubble helps, too.

By the time we have reached the Perpendicular period the walls are quite thin, the windows large (though this is more to do with their strong design) and the buttresses deep.

Sometimes buttresses have to be added to an existing structure, to stop it falling down. There are a few of these below. 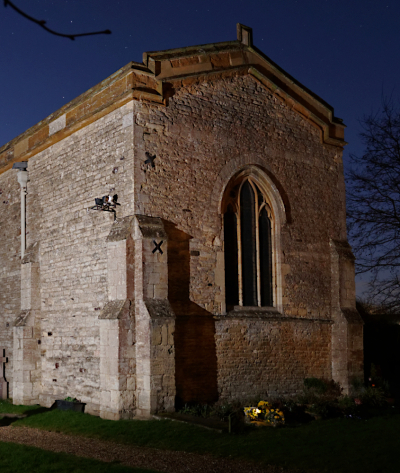 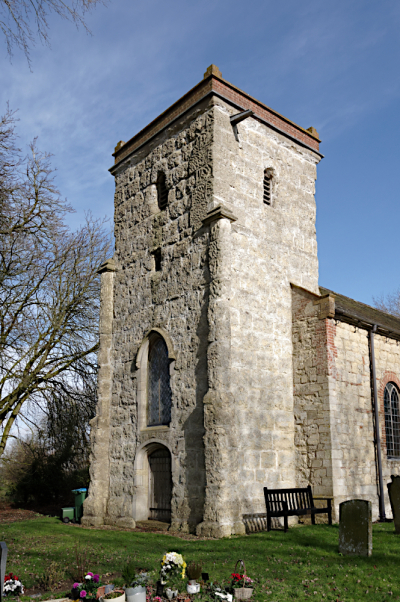 Another church tower! This one is at St Martin’s in Dunton, near Hoggeston. These are clasping buttresses and wrap round the corner in an ‘L’ shape. 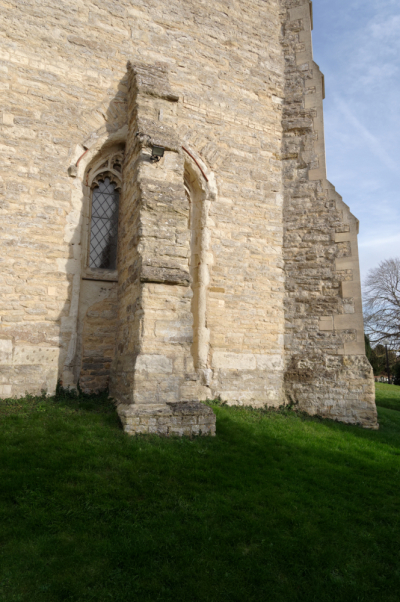 And another! Like Drayton Parslow this is a 15th Century tower, with similar diagonal buttresses though these ones are rather deeper. This is All Saints church, at Loughton, Milton Keynes.
There must have been a problem with the tower because the buttress in the centre of the photo had to be added soon after construction. It blocked off the West door, blocked off the middle light of the window but it supports the wall above.
It’s thought that the church is built on an artificial mound, and if so like all made up land it’s not as closely packed as undisturbed ground. I suspect this was the problem. 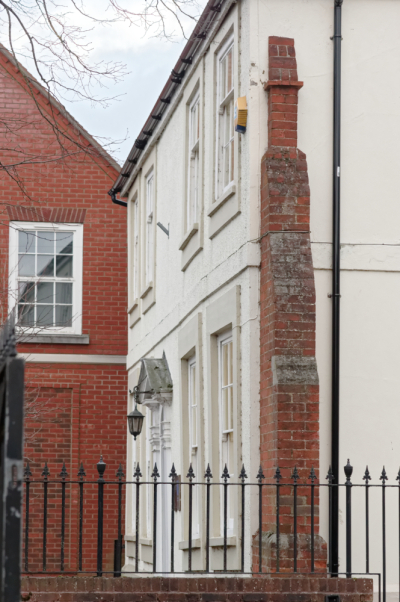 This buttress on a white Georgian building in Newport Pagnell is one of three on that end wall. If you look at the nearest windows and the slightly protruding strip between them (which is supposed to be straight and level), you’ll see why. 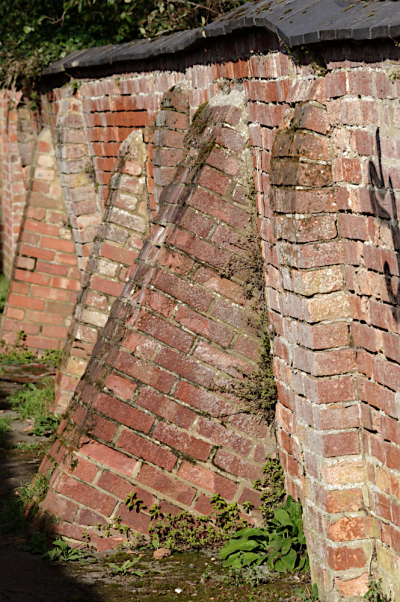 I believe this wall on the side of the old vicarage garden in Winslow dates back to at least 1863, and has had this mixture of buttresses ever since I can remember. The shallow buttresses with the curved tops are original to the wall.
The bigger buttresses with the angled courses were added later, to stop the wall falling over into what used to be a field.
The courses are angled so that the weight of the leaning wall bears down on them. Horizontal courses would soon crack and slide out. 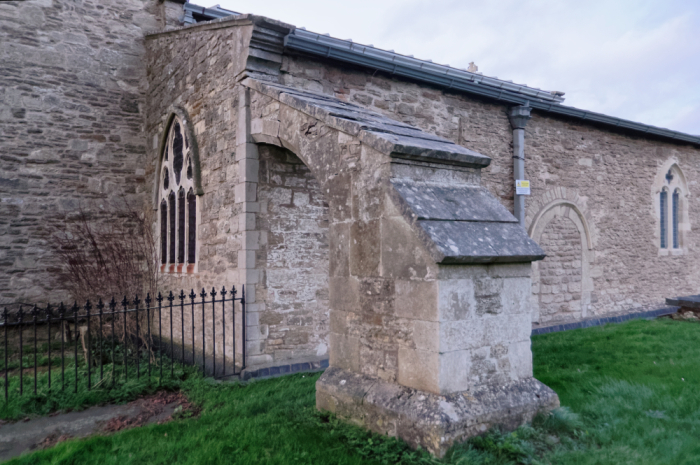 The only flying buttress I could find in North Bucks! This is St Lawrence’s Church, Bradwell Village, Milton Keynes.It’s flying because there’s a gap between the buttress and the aisle wall it supports. That wall pushes at the buttress, which is made big and heavy enough that it cannot be toppled.
It’s a flying buttress to avoid a drain at the base of the wall.
Flying buttresses on great churches and cathedrals may seem relatively slender complared to this one, but they have great big pinnacles or statues on top, to provide the weight they need.