It’s For the Birds 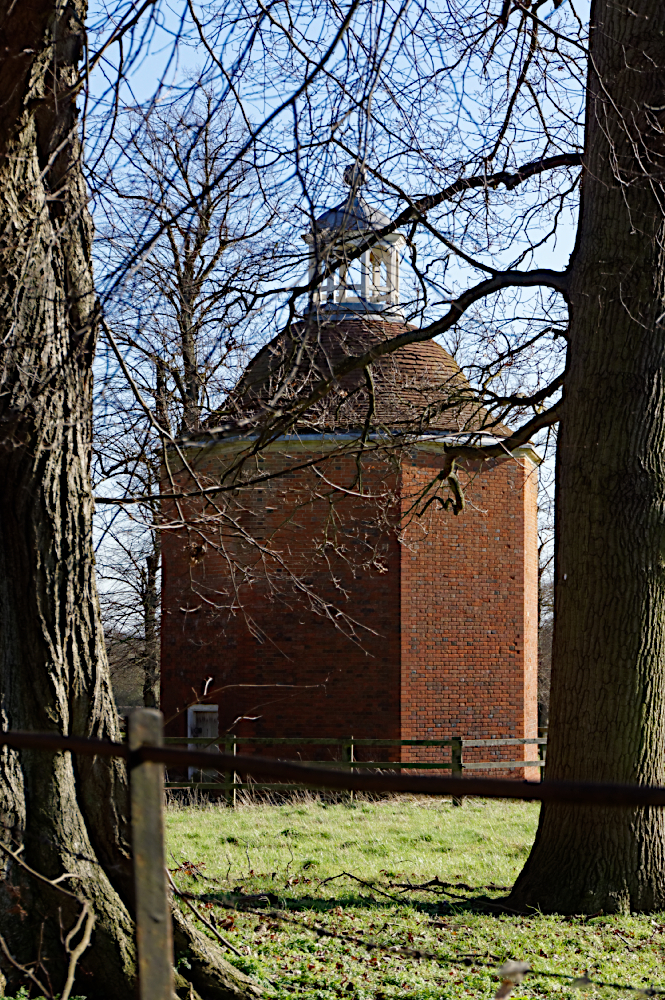 This is as close as I could get to this 18th Century building. It’s tucked away just beyond the end of a narrow lane at Chicheley, and it’s a dovecote.

Dovecotes were for the breeding of domesticated Rock Doves, the birds we now call pigeons. Wealthy people built dovecotes so they could eat the extremely tender meat of the young pigeons, which they called squabs.

The insides of dovecotes are lined with nest holes, and according to its Grade 2 listing they are still there in this example.

But I couldn’t get in to see for myself; it’s on private land. The lowest holes would be a few feet above the ground, as a defence against rats.

The listing also says that the collecting ladder is still intact, inside. There’s a small door on the North face; visible in the photo. The wooden cupola on top of the roof is listed as missing in the 1952 listing, but it's been replaced since.

This dovecote was built in 1717. The general appearance and design is in keeping with the new Chicheley Hall, built on the site of the previous manor house between 1719 and 1723 in the Classic Revival style.

The hall is now a hotel and the grounds are private. Hall Lane, not easy to spot as you drive through Chicheley, takes you down to the church and the side entrance to the hall. But you can’t get into the grounds.

There is a very limited car turning space at the end of the lane, which is why I took this photo when out on the motorcycle.

It’s a myth that peasants were not allowed to stop the pigeons from eating their crops, though until 1619 only the lord of the manor or a parish priest was allowed to build a dovecote. In Britain, dovecotes were common from the 12th to the 18th Century.