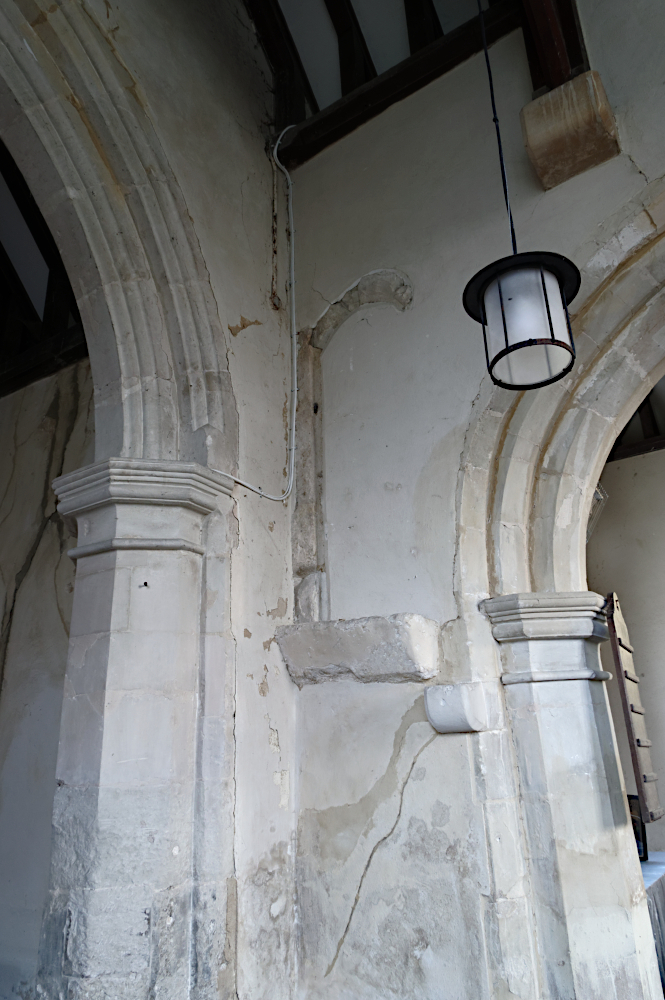 The outline of the access to the rood loft and the corbel that supported it are still visible in the middle of the picture. Also visible are cracks in the wall, on both sides of the chancel arch on the left.

This is All Saints, at Hulcott; it’s in a bad way.

There are serious structural problems that show up as cracks in the walls, visible in some of these photos. The floor is below ground level and floods in heavy rain. The state of the bell frame means that only the smallest of the three bells can be rung, and only occasionally.

Despite these problems, this 14th Century building is not unsafe and is open during daylight hours. (My thanks to the parishioners who delayed locking up while I took my last photos inside) It is still consecrated. 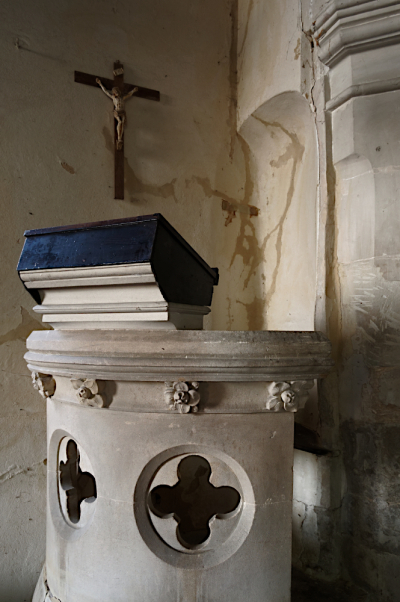 Behind G. E. Street’s fine 1863 stone pulpit the corner of the nave is cracked.

Some of these problems had already appeared by the 19th century; in 1863 the church had to undergo complete restoration, under the Gothic Revival architect G. E. Street.

Much work had to be done. The roofs were retiled with some beams replaced, and the floor raised to try to prevent flooding. But still the floor is under ground level.

The walls were repaired, and a pair of heavy brick buttresses were added to the East wall of the chancel. That was nearly 160 years ago. There are more signs of trouble around this 16th Century window in the South aisle. The glass is 19th Century.

By 1912 there were cracks in the North wall of the nave and chancel, and there are many more in the church now.

But by 2019 jackdaws had been nesting in the bell-cote for decades and the resulting mess had to be removed and the church decontaminated. The Buckinghamshire Historic Churches Trust gave a grant for the work, and it also covered a consultation about the church’s resident bats.

In 2020 a year long structural survey began, observing the building through the seasons to determine what would be best for the church. It was funded by Historic England, who also paid for essential repairs. 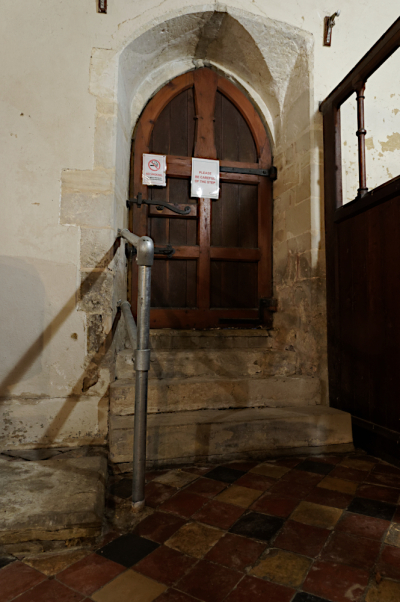 The later South aisle is cut into the hill and the floor further below ground level. It had been even lower until 1863, perhaps by another two steps.

But it’s not all bad. The long term plan is to convert the South aisle into a community space, with a toilet and small kitchen in the vestry. The church would also hold at least half a dozen services a year.

Together with the works needed to stabilise the building they are looking at a huge amount of money to make the building viable for the future, so why don’t you visit this quiet little church near Bierton and leave a little money in the pot? 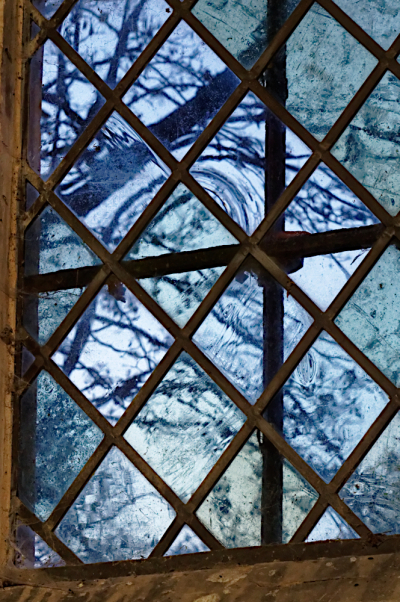 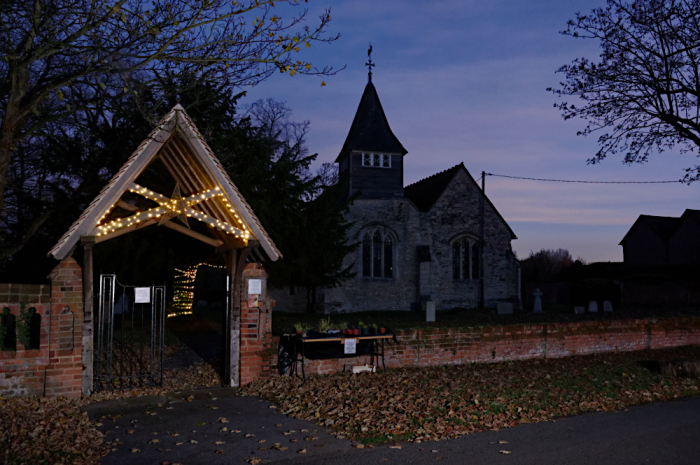 The West end of Hulcott church faces on to the green. The bell-cote is 16th Century.