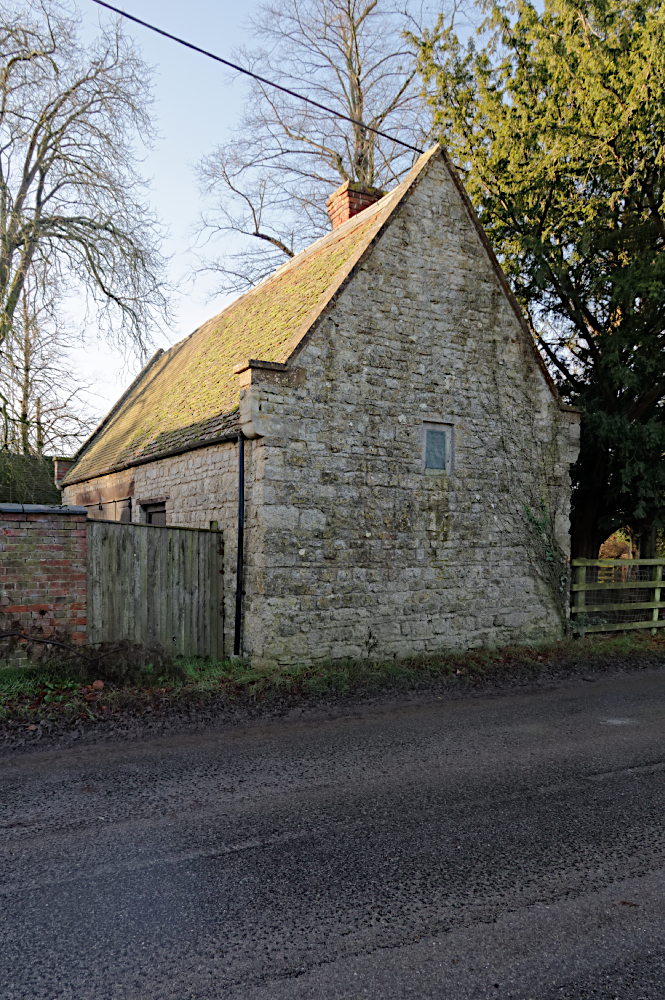 In the middle of the English Civil War this 17th Century barn was nearly new; a modern building.

During that war, in early March 1644 Cromwell brought his men here to camp for the night. In the morning they would attack the Royalists at Hillesden, two miles away on the other side of the Great Ouse valley.

I think this barn was chosen to be one corner of his encampment. From this point Cromwell’s men could keep watch on the nearby road junction, where roads lead North and West towards Hillesden.

A couple of hundred yards along the road to Middle Claydon is St. Michael’s Church. I believe that the church would have been the next corner of the camp.

The spire and tower, or steeple, of the church is 19th century, but the village has been called Steeple Claydon since well before then. I think there was a previous tower and spire; it would have made a good vantage point to watch out for attack from, especially as the church is right at the top of the hill.

South of the barn and church would have been the rest of the encampment, and there are earthworks labelled as intrenchments on older maps, now partly ploughed away.

There’s a bit of confusion about these though, as other earthworks from a shrunken Medieval village are also in this area. It might be that some of these were used to help defend the camp and reduce the amount of any digging that was needed.

The camp barn has a brass plaque in the gable end wall next to the road; you can see it in the photo.

The plaque hasn’t been polished for a long time and it’s almost unreadable from ground level. But I managed to decipher it by zooming in on a close up photo I took.

It says, in a gothic script complete with some oddly placed capital letters:

The Camp Barn.
Around this spot
The Army of the Parliament
under the command of Cromwell
was Encamped March 1644
And on the 3d of that month
Advanced from hence
to the attack on
Hillesden House.

Cromwell’s forces successfully attacked Hillesden before nine the next morning, usually said to be 4th March. But in a letter written by the Royalist Thomas Verney not long after he was captured, he wrote that the attack had been on the 3rd of the month; a Sunday.

I use Pentax cameras and lenses for the photos in this blog.