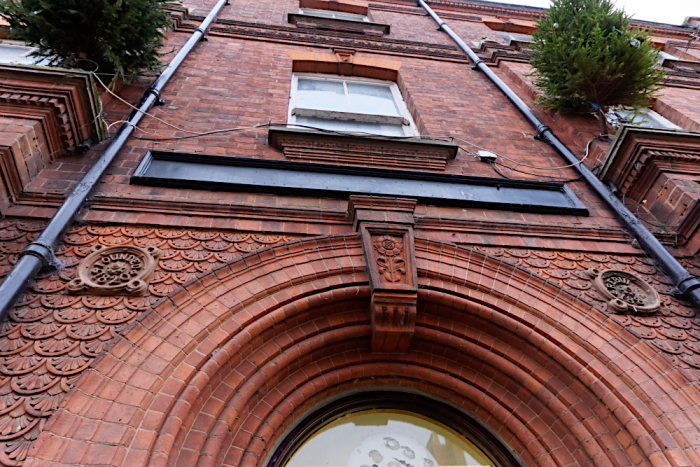 The main entrance to the bank is quite impressive with its different orders or concentric layers of arches, a little like a Norman doorway. The date plaques are either side of the arch.

Like Winslow’s TSB bank the Lloyds bank in Stony Stratford closed this year, just two of a large number lost across the country.

I hadn’t realised the Stony branch of Lloyds had gone until I tried to use their cashpoint last week, just round the corner from where I’d been working in Church Street.

Instead of the ATM I expected, I found myself looking at a stout piece of plywood bolted to the wall where the machine used to be. I glanced up and saw the estate agent's sign. This Grade 2 listed building is available for rent, not for sale.

This wasn’t long after I had shown you Winslow’s Market Square bank, built by the same local bank a few years after this one. So I thought it would be interesting to have a look at this one, too.

By the way, this town got it’s name from the gravelly ford that used to be nearby, that took the Roman’s Watling Street over the river; that’s my excuse for this post’s title. : ) 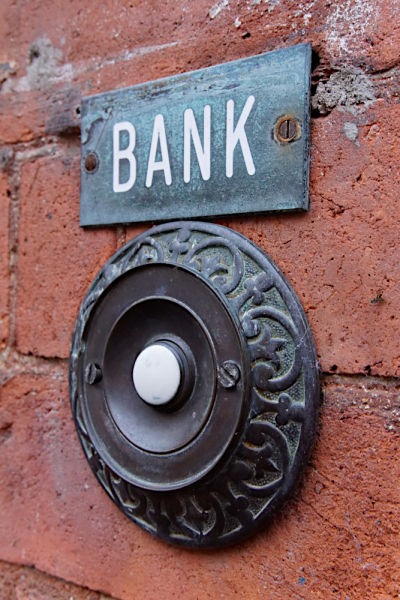 This ornate bell push is to the left of the main entrance.

William Oliver goes into partnership with his son John, and a Mr. John York. The bank is now called the Stony Stratford bank. This is the first date on the present building; see the third photo. That was not in the present building but I think it was in the Georgian house it later replaced. 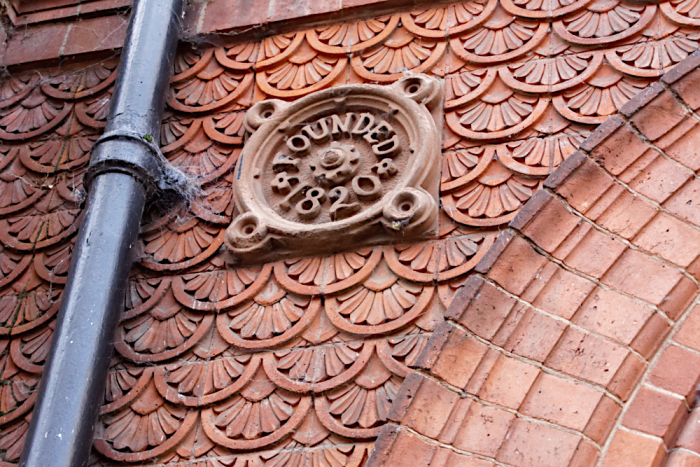 I think many of these terracotta tiles and these bricks are standard parts, but the date plaque, “Founded 1820”, was made just for this building. It seems to be made of a different, less durable material.

The Stony Stratford bank is declared bankrupt, and taken over by the Bartlett, Parrott and Co. bank. They were doing well. Based in Buckingham, they had also opened a branch in Brackley a couple of years earlier. Next year they will open their Winslow branch.

The Bartlett, Parrott and Co. bank joins with two others to form the Bucks & Oxon Union bank; there's a branch in Aylesbury, built for the bank in this year.

The bank has the Georgian House demolished and replaced with this purpose built bank. That’s the second date on the present building; see the fourth photo. 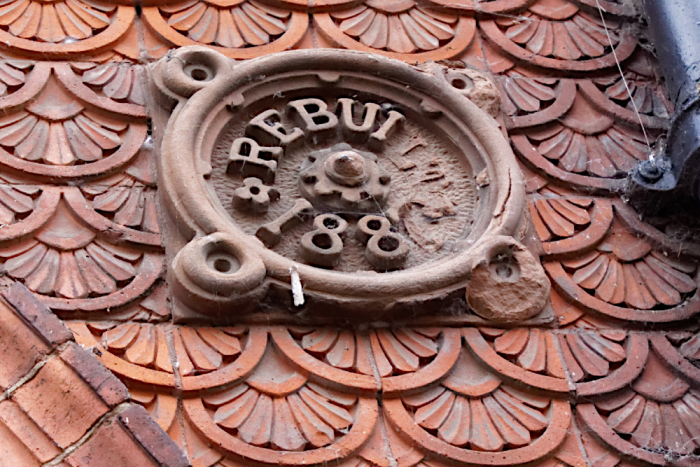 This date plaque should read as “Rebuilt 1877”, but it seems to have suffered some sort of impact damage.

The Bucks & Oxon Union bank is taken over by Lloyd’s Bank.

Lloyds bank is absorbed into the TSB group.

Judging by what happened at Winslow’s Lloyds bank, the bank is renamed as a Lloyds TSB in this year.

Lloyds and TSB become separate banks again. At Winslow the bank becomes a branch of the TSB. In Stony Stratford it reverts back to a Lloyds. 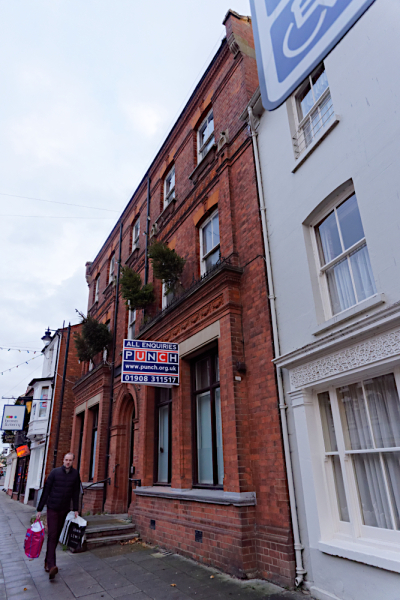 The front of the bank seems to be on much the same building line as the previous building, and even the door is still central. The cashpoint had been just behind the pedestrian.

Lloyds bank closes its doors for the last time. There’s been a bank at 67 High Street for over two hundred years. It was the first in the town, but now it’s gone.

That’s even longer than at Winslow. Their bank, also the first in the town, had been on the same site on the town’s Market Square for 180 years when it closed in April 2021. 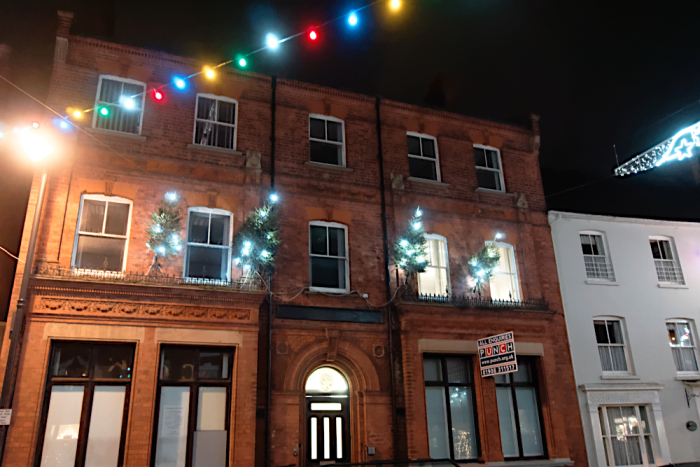 The bank is built in an Italianate style, but doesn’t look out of place in an English High Street.

This is the last post of 2021, and thanks to all that have visited the North Bucks Wanderer this year. I shall be taking a couple of weeks off and will be back on Monday 10th January 2022.

But before I go, I’d like to wish you a merry Christmas and a peaceful and untroubled new year.

I used a Sony A6000 and zoom just like this one for the photos in this post.