Folly at the Old Cemetery 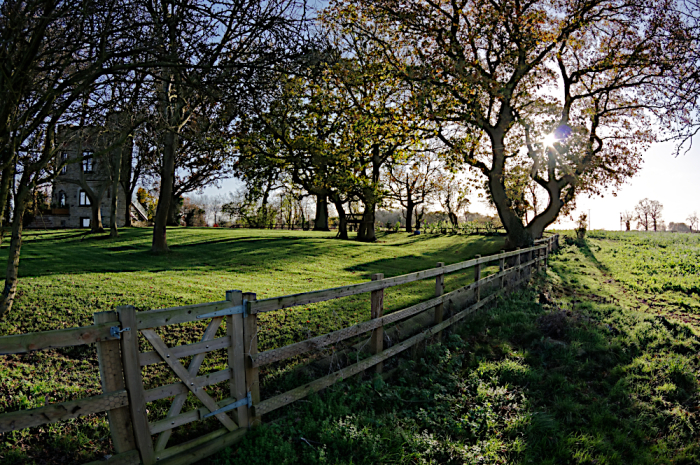 On the far left of the picture above is Dinton Castle, an 18th Century folly.

I’m sure you’ve seen photos of it before, but everything else you can see here is part of a Saxon cemetery; perhaps a quarter of the whole burial ground is in this photo.

Saxon remains were found when the folly’s foundations were being dug in 1769, and other remains and Saxon artifacts have been found here since.

It’s believed that the cemetery covers about 15 acres on both sides of our modern A418, once an 18th Century turnpike. But there would not have been a church here in Saxon times.

The road runs along the ridgeline between the site of an important Saxon village at the North end of modern Thame and Aylesbury, which was was taken by the Saxons in 571; they named it Aegel’s Burgh. So it’s quite likely that this road existed at the same time as the cemetery.

Dinton (near Stone) was also there in Saxon times; the name means Dunn’s Farm or Dunn's Settlement. 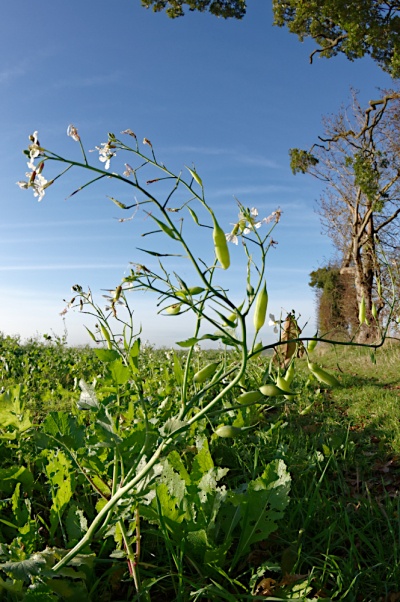 This part of the cemetery site is now under cultivation, though I have no idea what this plant is. The ivy covered tree trunk on the horizon is about on the edge of the cemetery.

The folly was built to be seen from Dinton Hall, about a third of a mile away and forty feet lower. It would have sat decoratively on the horizon.

This hill top position is probably why Dinton Castle once had an Ordnance Survey bench mark for the surveyors to measure from, though I don’t know if it is still there. 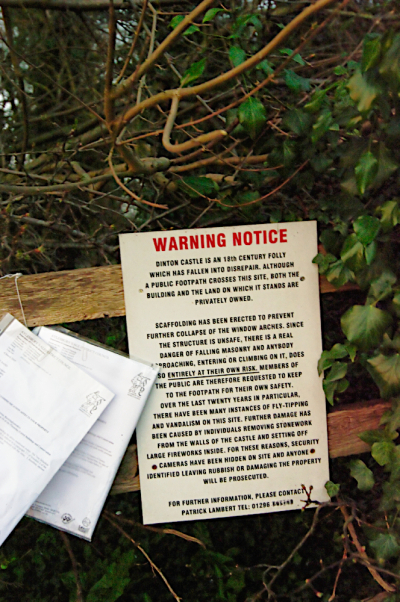 The castle had apparently been suffering, from this notice, the common fate of old ruins in quiet spots. 2009.

All these photos were taken in or around the North East quarter of the cemetery site, but three were taken in 2009, and the last two about a week ago.

Now, if you’ve come to the North Bucks Wanderer because you wanted to know more about Dinton Castle and didn’t know about the cemetery, here’s a simple timeline of the folly:

1696
John Bigg, the Dinton Hermit, passes away. It’s not true that he lived at Dinton Castle because it didn’t exist until…

1769
The folly is erected, by Sir John Vanhatten of Dinton Hall. His collection of fossils is built into the walls. Saxon remains were discovered up during its construction.

In the 18th Century, but Before 1877
There’s a fire in the folly, which destroys the wooden floors, the roof, and the windows. The weather can now get in.

1905
A photo from this year shows the folly to be in a very bad way.

20th March 2009
I visit the folly (I’d bought a new lens and wanted to try it out) and see that scaffolding has been erected around it to enable repair work. 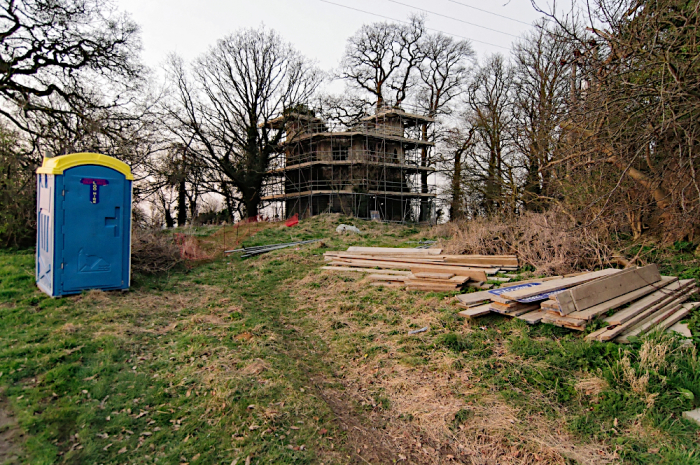 This is roughly the angle the folly can be seen from Dinton Hall, a third of a mile behind the camera. It’s set at just the right angle to seem from the hall to be an accidental positioning on the horizon, but making sure that both turrets can still be seen from there. Taken in 2009.

2011
More stabilising works are carried out, including courses of brickwork in a ring around the top of the building.

2016
Work begins on a project to make Dinton Castle into a home.

September 2018
Dinton Castle is now nearly 250 years old. The project is featured in an episode of the BBC’s Grand Designs televison programme. The castle is now a private house, so after over 140 years of decay, it will now be kept in good condition as a functional building. 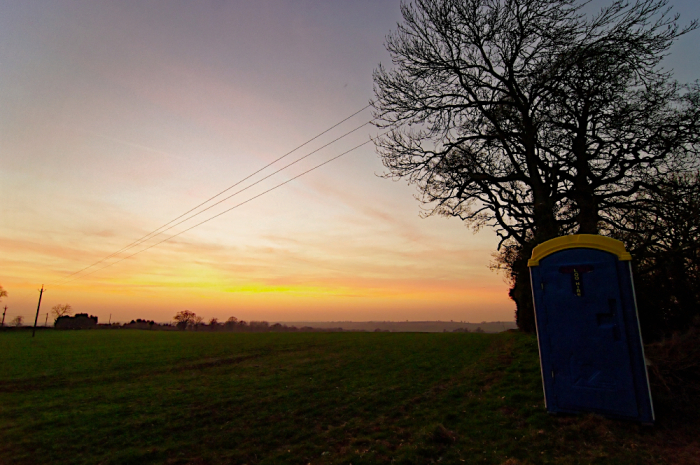 The perimeter of the cemetery is believed to run from the ivy covered tree trunk just behind the portaloo, to the clump of trees on the left of the horizon. From there it turns left and pretty much follows the hedgerow on the Cuddington road. 2009.