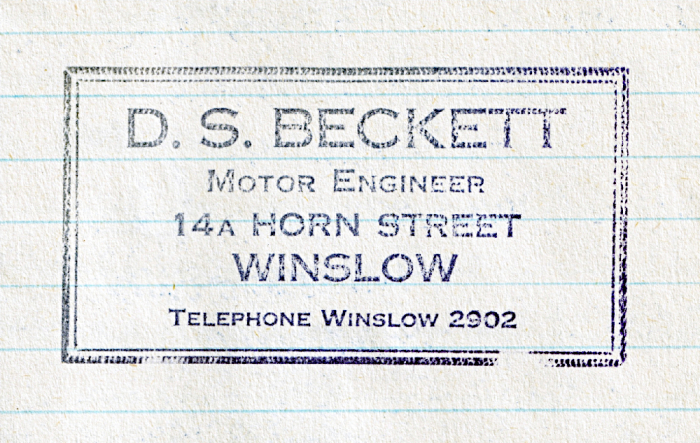 Cars stopped for petrol in front of the alley between the gable end of the 18th Century Bull pub (now a private house) and the hedge. There are still signs of where the gantries that swung out over the road and the pumps were fixed to the pub’s end wall. (Edited) On another visit to Winslow I noticed the end of a capped off pipe in the ground right on the corner nearest the road; where the gantries were once fixed.

The nearest petrol to Dave’s workshop could be found just along Horn Street; a couple of nozzles hanging from gantries bolted to the end wall of the Bull pub. These gantries pivoted from the corner of the pub nearest the road. Pumps were in the alley, against the wall of the pub.

An ”Esso” sign stuck out above the pavement on the same corner, and could be seen by motorists from both directions. I walked to primary school along Horn Street and remember the gantries. Meg and George French operated this minimal petrol station from the small alley that’s still there now. 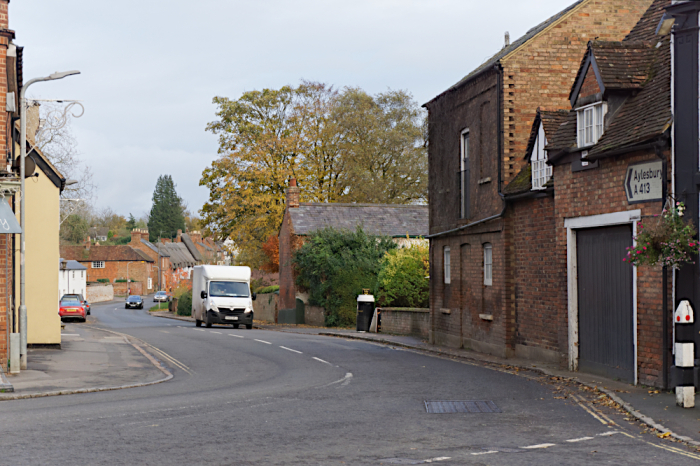 The Bell Garage sat where the low wall and large shrubs now are, just in front of the white van.

Lez Brazier and Peter Curtis ran the Bell Garage near the top of Sheep Street, said Dave. I don’t remember the garage selling fuel when I started riding motorcycles in late 1978, so I think it had closed by then.

Around this time Dave sold the dairy he had in Vicarage Road for his taxi business to Lez Brazier, who also used it as a base for a taxi firm. Braziers Cars still operate from there today.

The garage buildings were demolished (I think in the 1980s) and the site is now the car park for the Bell Hotel.

I used my Sony A6000 and 16-50mm zoom lens like this one for this week's photos. It's compact and light; a great camera for carrying around every day. 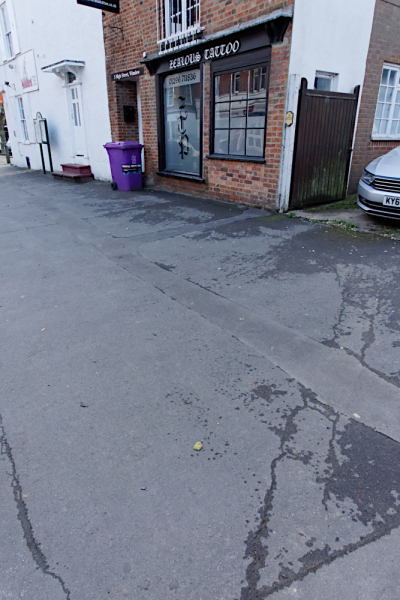 The nine pane window used to be set back from the face of the building in an alcove; a petrol pump sat on a concrete plinth in front of it. Another pump sat by the corner of the building. The pumps, at least in the late 60s, were branded Cleveland.

Now a tattooist’s, the Winslow Filling Station sat on the High Street between the edge of the square and the corner of the churchyard.

It had a layby that was just about big enough for two cars at a time. Now the layby is under the wide pavement, but you can see where the kerb used to be by cracks in the modern surface.

The line of the old kerb is that double crack in the pavement, running up the photo from bottom centre and curving left to run parallel with the building.

Winslow Motors
At the top of the High Street opposite the top of Station road you could buy petrol at Winslow Motors. There’s a petrol station there today, now the only one in town.

There had been a garage selling fuel here since 1923, when the Winslow Motor & Engineering Works moved to this spot from the opposite side of the road, at the end of Piccadilly where now there’s a car park. I don’t know if Winslow Motors was the same firm. No picture of this one; it's just another filling station now.

I’ve been busy with personal stuff all this week and couldn’t go out and take photos, or even finish this post in time! I’ll try to get out tomorrow and add a couple of shots to this post; as usual I went off on a tangent and it’s all got out of hand! 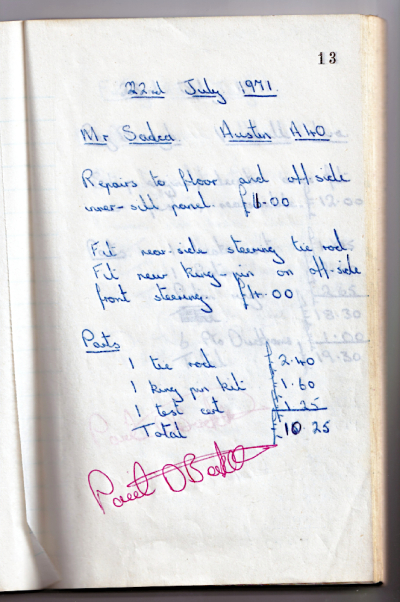 MOT repairs and a pass certificate for Mr Mike Sadka, on his Austin A40. I vaguely remember this car as Mr Sadka had been my most excellent primary school teacher, though by 1971 I had started at secondary school. It was the last, more angular A40 that Austin made, so could have been anything between 4 and 17 years old at this time. 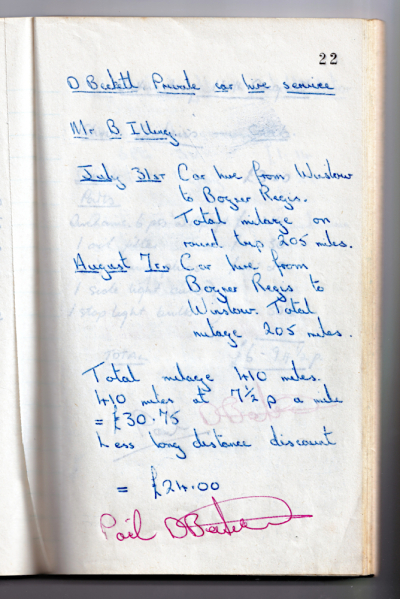 Dave had already started doing taxi work, including this pair of long distance journeys for Mr. Brian Illing. The final price is equal to about £565 today, or £1.38 a mile. 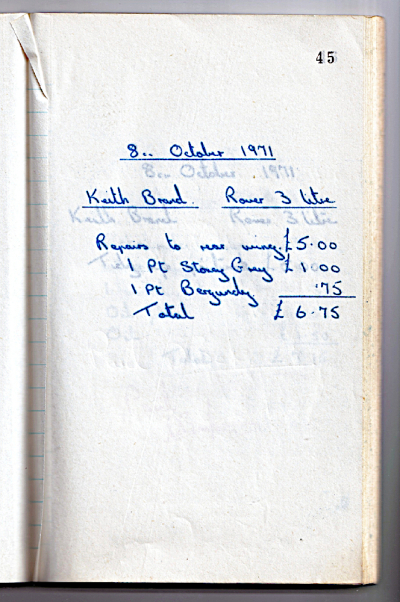 The paint colours Dave bought for this job indicates that this car was a Rover 3 litre Mk 2. It had a two tone paint job; Burgundy on the lower parts of the bodywork and (light) Stoney Grey above. The car would have been around eight years old in 1971.

Keith Brand also asked Dave to do another job tidying up the rest of the paintwork; I expect he had been pleased with his repaired wing. Dave was very good at fibreglass body repair and spraying, he told me.