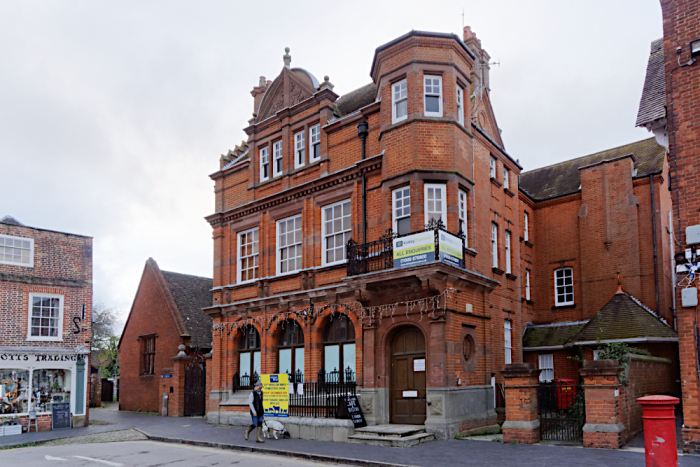 I think this was removed when part of the bank manager’s small front garden was used to provide access for a cashpoint in the side wall of the bank. A new low wall with railings divides off the path from the garden. 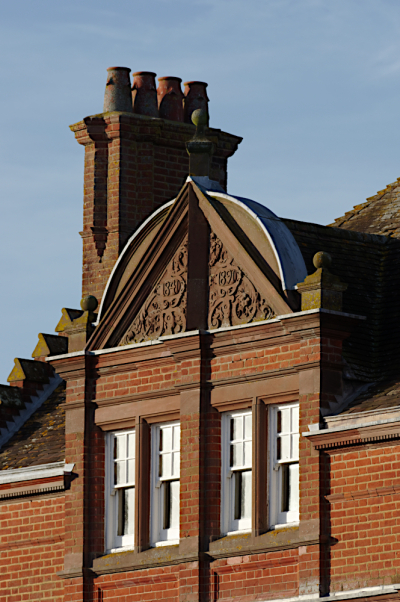 Even up high above the square the building has nicely executed detailing in brick and terracotta. The dates 1841 and 1891 above the window refer to the first year a bank was on this spot, and the year this building was built. 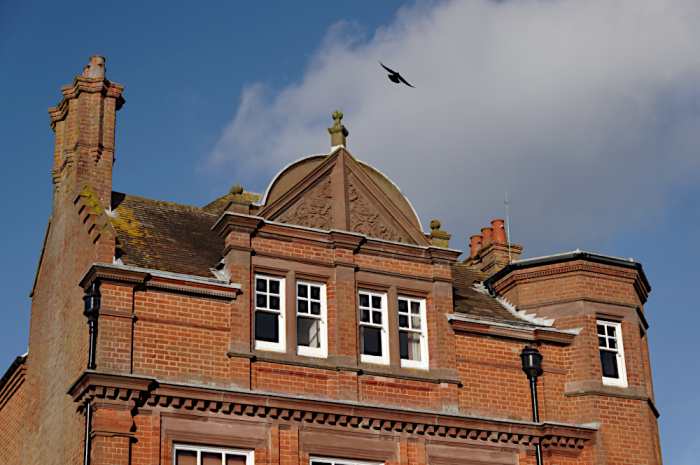 The corner tower originally had an eight sided conical tiled roof, about as tall as the chimney stack on the left. At some time between the late 1930s and early 50s it was replaced by a flat roof.

I referred to both these books when researching for this post. 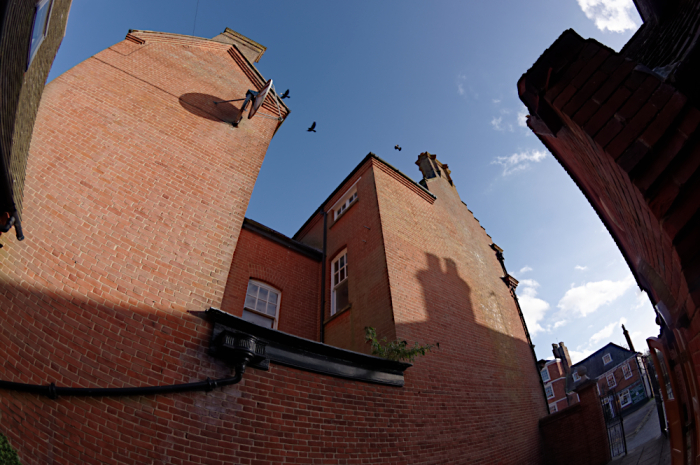 The rooks were flying around the bank’s chimneys as I walked round with my camera. Much of the West wall was built right up against the old post office, but still the bricklayers achieved a neat finish. The very wide view of my lens has included part of the St Laurence room that replaced the old post office, on the left and right of the photo. 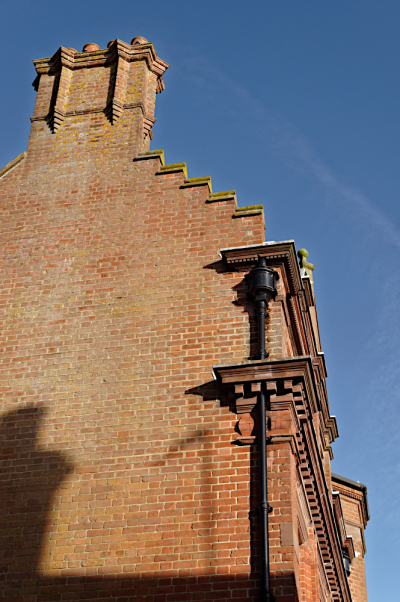 The way this wall is made tells me it is nine inches thick, and like most other walls when it was built, there is no cavity.

It’s been laid in Flemish bond; on each course a stretcher (a brick laid sideways on) alternates with a header (laid end on). The header on the next course is always centred on the middle of the stretcher; no joints line up and this produces a strong wall.

There are some nice details here in terracotta and brick to offset the vast expanse of plain brickwork you see when approaching from Church Walk.