A Man From the Motor Trade 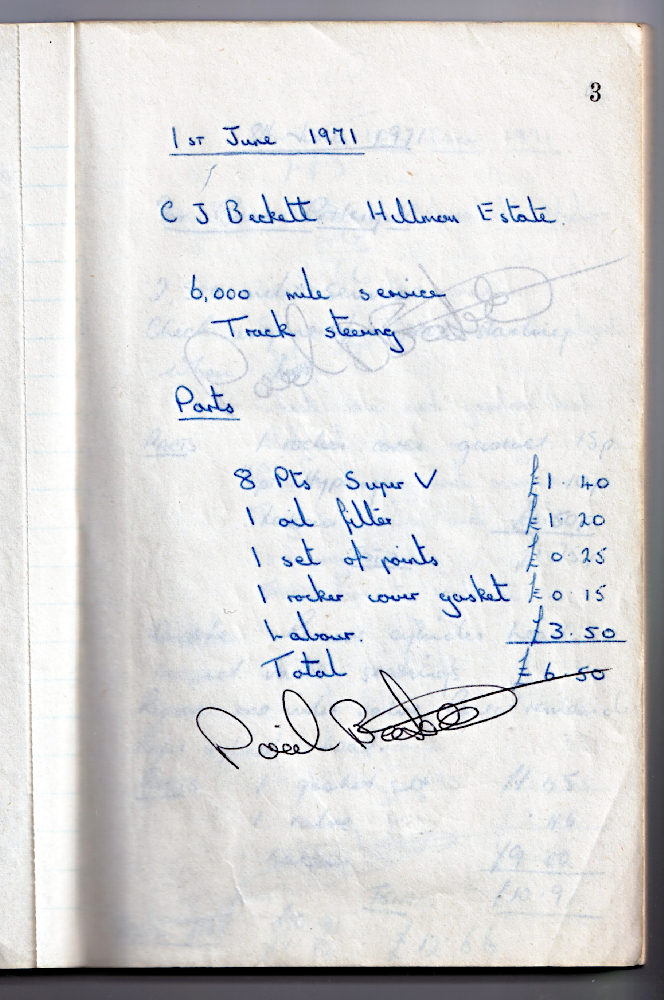 C. J. Beckett was Dave’s dad, Cyril, whose bakery was a few doors along in Horn Street. Super V was a BP engine oil. I remember being taken to the bakery regularly with my siblings when my mum wanted a sliced loaf.

Dave Beckett worked in the motor trade in Winslow. By 1971 he was working for himself next to Alf Chapman’s workshop in Horn Street. Dave was then about 25 years old.

He had worked for Alf until a couple of years before, and still helped him out when needed. 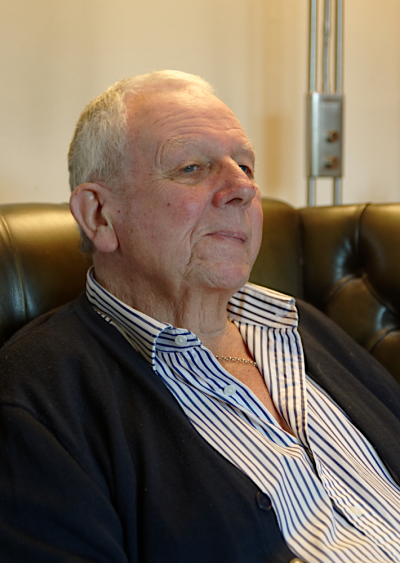 In the early 70s, cars were simple, mostly mechanical devices. Fuel, oil, and engine designs were less advanced than they are now, which meant most cars still had to be decoked every 20,000 miles or so.

Decokes were a regular job for Dave. It meant removing the cylinder head, scraping off all the deposits, and putting the engine back together.

It wasn’t a particularly difficult job, especially with the older engine designs that didn’t have a camshaft in the head, needing to be synchronised with the rest of the engine. 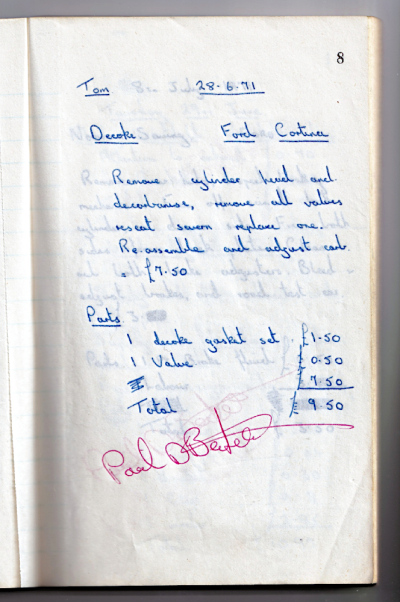 A decoke job. It would have been either a Mk 1 or a Mk 2 Cortina. Tom was obviously a customer well known to Dave.

One job that Dave had completely mastered was to replace the crankshaft in a Morris Minor 1000. This meant removing the engine and turning it upside down to pull it apart and install new bearing shells and crank, then putting the engine back together and replacing it in the car.

Dave could do this job in one day, from opening the bonnet in the morning to starting up the rebuilt engine that afternoon. It was no good just replacing the shells, Dave told me, it didn’t work. It was a known problem with this engine.

These are just a few of the last jobs Dave did in 1971, before he changed to running taxis full time from the old dairy in Vicarage Road, Winslow. Thanks to Dave Beckett for showing me his 50 year old receipt book.

I’ll show you a few more next week. 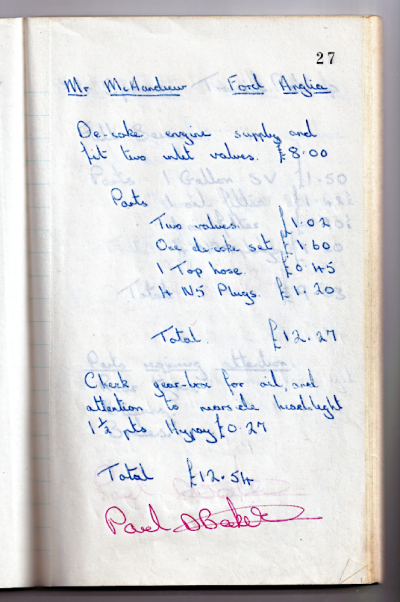 Mr. McAndrew was most probably one of my uncles. Another decoke and some other work, including topping up the gearbox oil.
(Edited) Most likely my youngest uncle Terry, who bought a car for my aunt Sue around this time; see comment below. 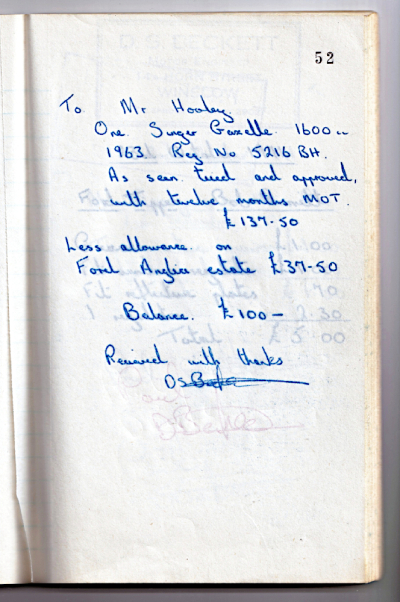 The Singer Gazelle Dave sold to Mr Hooley was in metallic green, Dave said. The Ford Anglia Estate only had a one litre engine, so this exchange was a step up for Mr. Hooley.

I wonder if the Ford Anglia mentioned was the car Terry bought me to learn to drive in... timescale is about right!

I thought a Ford Anglia would be a typical first or second car for a driver in 1971, so seems very likely. I'll edit the post now; thanks Sue.