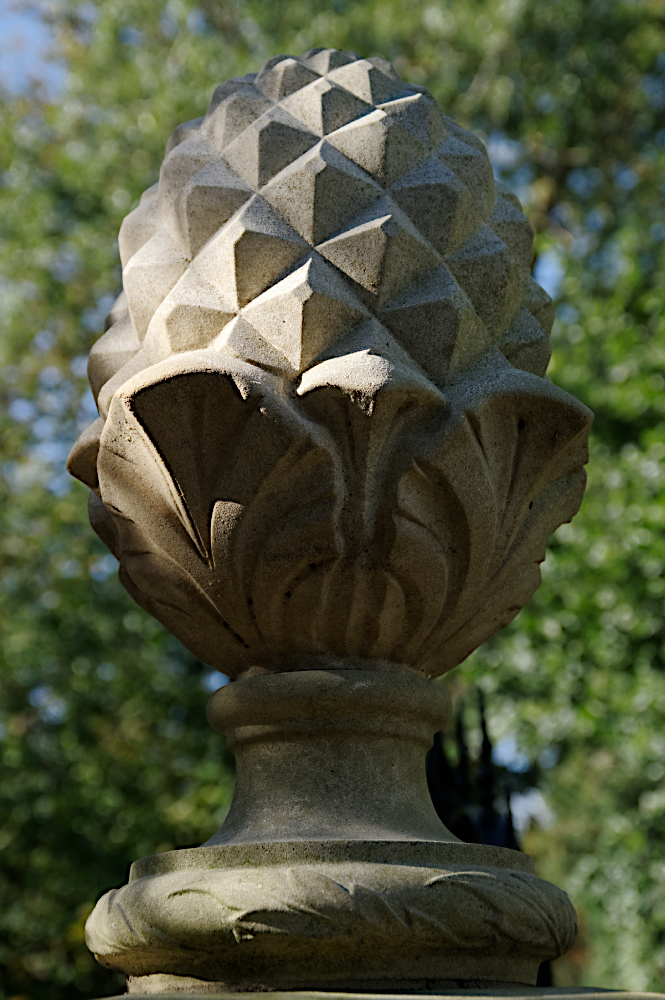 This is one of a pair of fine examples on the gatepost of The Old Rectory, at Addington near Winslow. It’s not very old; stone pineapples can still be bought today.

After Christopher Columbus brought the first pineapples back to Spain in 1493, It would be 200 years until they could be successfully grown in Europe. The climate isn’t warm enough and a reliable way of heating the plants had to be found.

Even when reliable methods of raising them had been invented, it was a terribly expensive and time consuming operation.

The fruit became a symbol of wealth and hospitality, as only the rich could afford to give them, or even just display them to guests. Pineapples became a popular form of decoration. 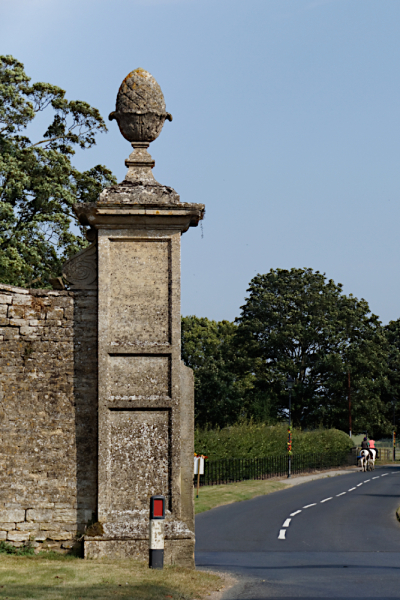 The gateposts at Weston Underwood were built in 1700, and the pineapples are quite stylised.

The first pineapple to be successfully cultivated in Europe was at Leiden in Holland, by Agnes Block in 1687. Others followed.

Before then, pineapples had to be brought from South America. Most of them had rotted by the time they’d reached Europe, and only the richest might get a taste. 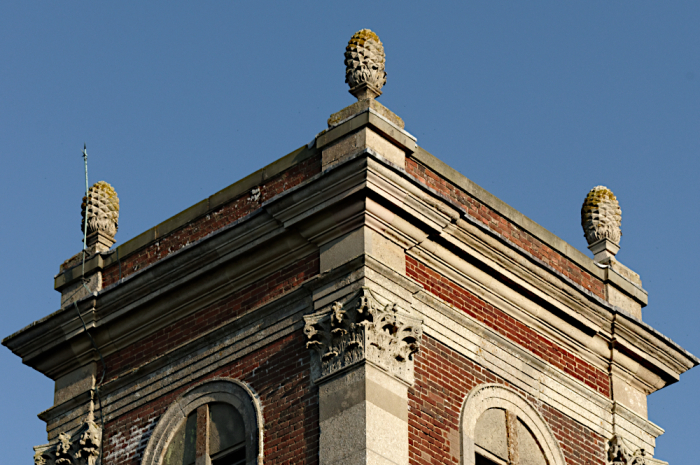 Pineapple pinnacles on the tower of St. Mary Magdalene church, Willen. This is a Classical period church, built in 1680.

The Lost Gardens of Heligan discovered an 18th Century pineapple pit in their grounds. They put it back into operation and grew pineapples in the original, labour intensive manner. It’s a bit crude, but this is supposed to be a pineapple with a stalk, above a pattern of scrolls. This is The Gatehouse at Chilton, near Long Crendon.

The three older examples in these photos were all built around the year of Agnes Block’s triumph.

They are still a popular decoration, and even now you can buy all sorts of pineapple gatepost fineals or decorations in stone and other materials. 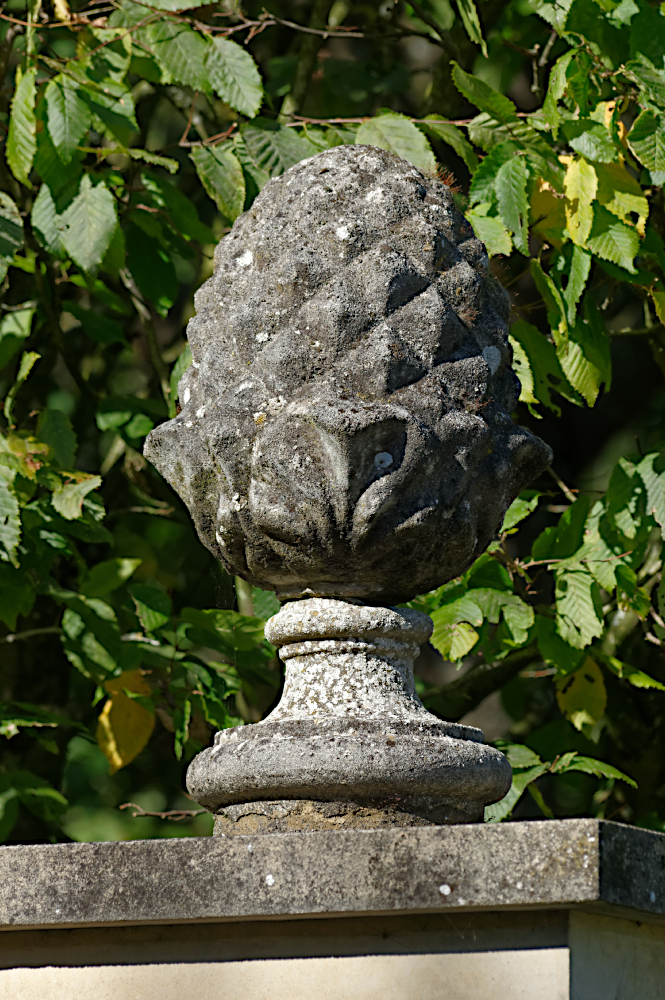 At Addington House the pineapple finials seem to be much older than the gateposts they sit on.