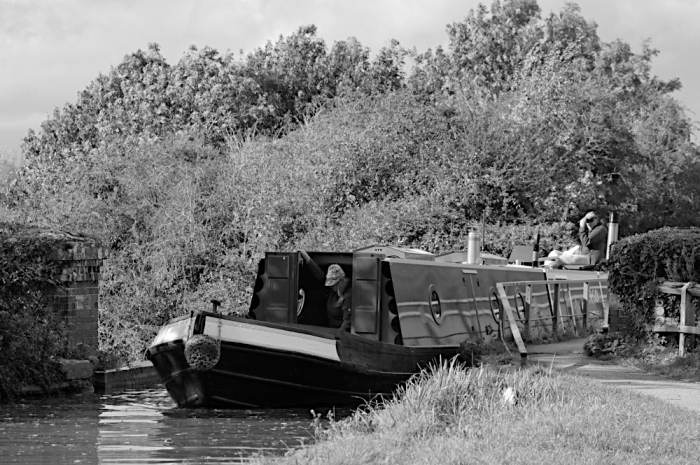 Canals take a wriggly path, following the contours of the land as much as possible.

But sometimes that’s not practical, as the engineers of the Grand Junction Canal realised when they came to the Ouse Valley.

A one mile embankment carries the canal across the valley, with a cast iron aqueduct over the Great Ouse. The aqueduct is known locally as the Iron Trunk.

The Aqueduct is a great piece of engineering. It’s about half a mile from the road and the nearest parking spot, but well worth a visit. It’s a nice walk, too.

The car park is on the same side of the road as The Galleon pub in Old Wolverton, but on the other side of the canal bridge. Don’t use the car park opposite the pub; it’s for customers only. 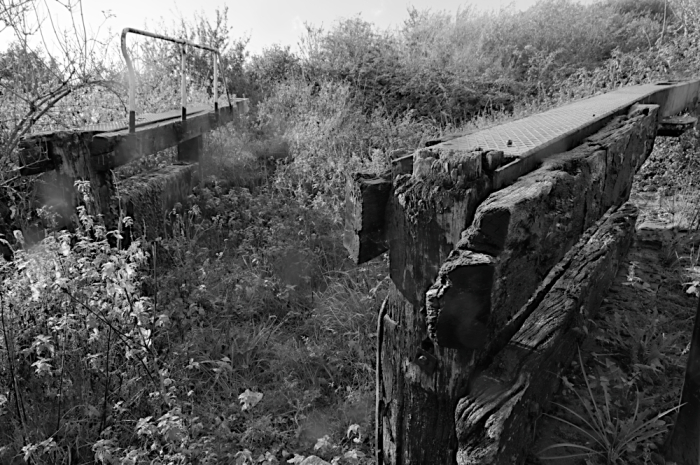 The site of one of the eight temporary locks.

Walk across the bridge, past the pub and the pair of cottages, and go through the gate into the corner of the field. In and around this field are the earthworks of a motte and bailey castle and a Medieval village.

There’s an information board about it by the path, a little way into the field, but you need to follow the hedge to your right.

You are now walking roughly parallel with the canal. At the bottom corner of the field is a gate into the next field, and a path that takes you along the hedge until it turns right through another gate.

Go through; the canal embankment is in front of you. Go left along the path. I’m afraid this section is neglected and a bit overgrown, but it’s not difficult to follow the path.

You’ll come to the site of a canal lock with gates, on your left. While the embankment and first aqueduct were under construction, a temporary canal took boats down to river level and back up again. There were four locks each side of the valley. 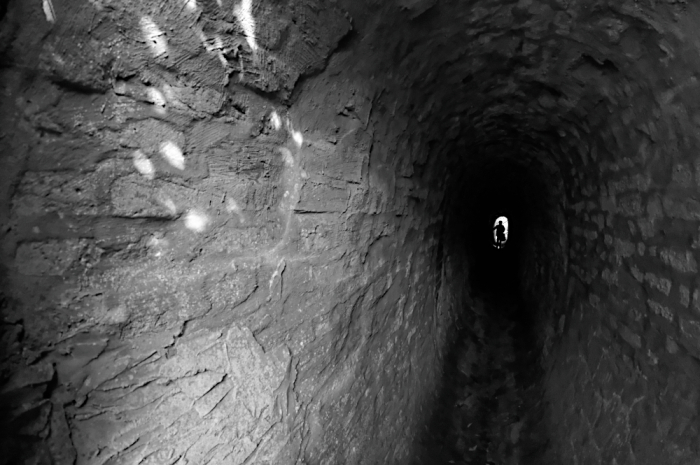 The cattle creep on the Cosgrove side of the Iron Trunk. Before the river was diverted and with it the county boundary, this would have been in Buckinghamshire.

Keep following the path until you come to the river. You‘ll be able to get your first look at the aqueduct from here.

It’s cast iron, made in sections and fixed together with hundreds of square headed nuts and bolts.

The floor sections have curved ribs underneath, four per section.

The white arches on the sides of the Iron Trunk are not there for decoration, but contribute to the strength of the aqueduct.

They work just like a masonry arch, with the sections joins at right angles to the curve of the arch, just like the pieces of a stone arch. This is because, like stone or brick, cast iron is strong in compression and the angled joins transmit the weight.

The wall sections are angled in the same way and for the same reason. It’s a great feet of engineering, the first wide aqueduct of this sort to be built so wide. 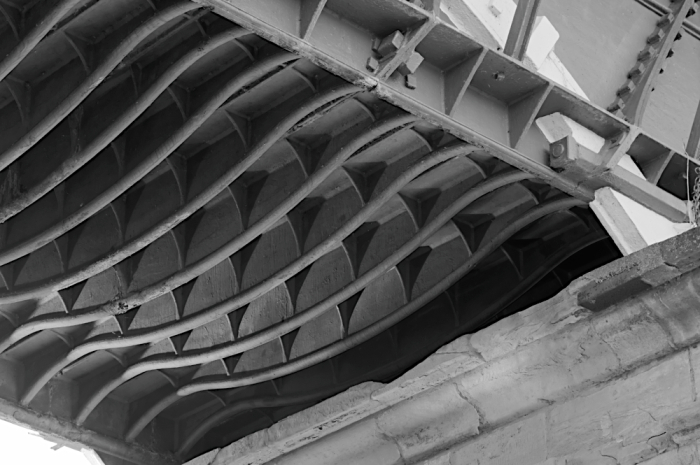 Reinforcing ribs under the floor of the viaduct.

To reach the top of the Iron Trunk, walk up the path towards the embankment. There’s a narrow tunnel, a cattle creep built to help the farmer.

Go through the tunnel. The floor is level, but there’s not much headroom. I’m 5’10”, and for at least the second half of this tunnel I had to crouch a bit. It’s not lit and is fairly dark in the centre.

There’s another cattle creep through the embankment on the other side of the river. It doesn’t go anywhere now and it’s in poor condition.

Once through the embankment there’s a stepped path on your right, up to the canal. But first, to your left is a vantage point where you can get a closer look at the bridge.

The central pier is stone. The abutments are stone underneath, but were refaced with brick in 1921. 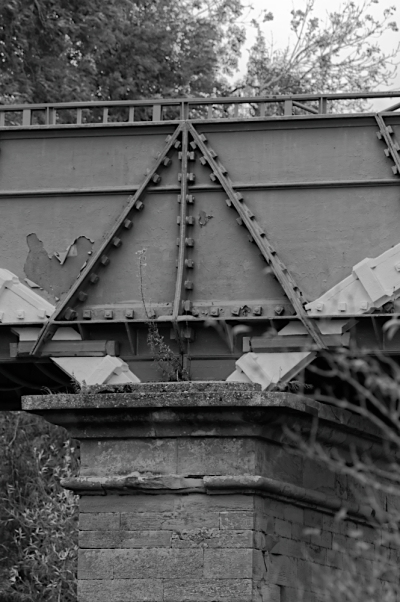 A detail of the bolted construction.

At the top of the stepped path you are on the towpath. If you’d like to sit for a while and watch the boats go by there’s a park bench here. From the viaduct you can see along the river valley in both directions.

I didn’t think it’s visible from here, but the Wolverton railway viaduct is just over a mile and a quarter’s walk from here; If you fancy a longer walk, start by going back down the stepped path.

To finish this walk, head back towards Old Wolverton along the towpath. It’s good level going, with a short but steep climb when you get back to the road.

About three quarters of the way back, you’ll notice where the canal bank angles away and the canal becomes wider for the wharf. This was where the temporary canal joined the permanent one.

Come back next week when I’ll show you how the canal company diverted the river so they could get across it, and what happened to the first aqueduct they built here. 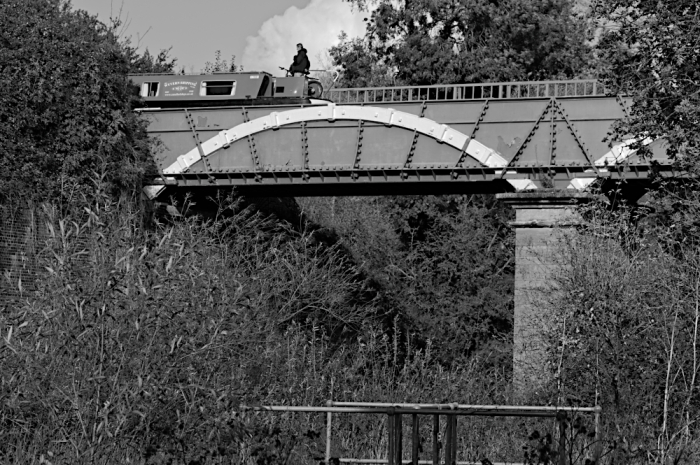