How to Recognise: Saxon and Norman Church Windows 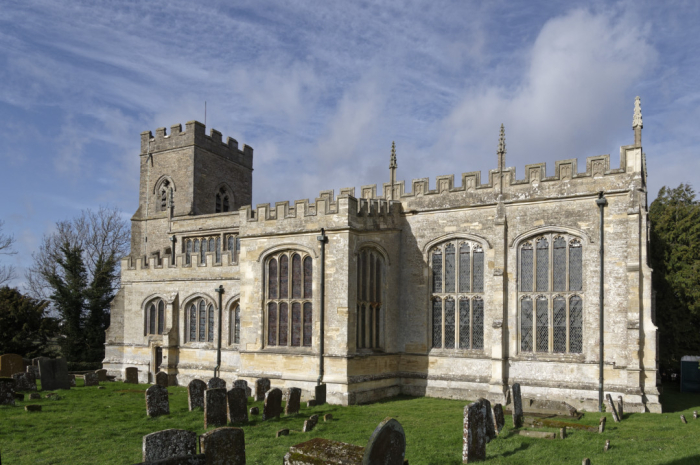 No, this isn't Saxon, or Norman. The windows are large, the walls thin but supported by buttresses; it's a light and airy building. This church is the result of 5-600 years of architectural progress; from the thick walls and small windows of Saxon and Norman times, to this fine example of Perpendicular architecture, All Saints at Hillesden. The photo is here so you can compare Hillesden with the Saxon and Norman windows, below.

How Old Are Church Windows?
Part One

Have you even noticed how varied church windows are?

These windows are often a big clue to the age of a church, or at least to the particular part of the church you are looking at. There have been several general periods of design over the centuries, and this is part one of a guide to these windows.

Generally the smaller the windows are, the older they are. This is linked with another good clue to age, the thickness of the walls.

Saxon and Norman walls especially were massive, but as the centuries passed, building techniques and knowledge improved, so walls could be made thinner, windows and doors bigger.

This culminated in the Perpendicular era, with light and airy churches like All Saints at Hillesden (above). But just because you see (say) a Perpendicular style window, it doesn’t mean that that part of the church dates from that period; the window could well be a later alteration; see the photo of Wing's Saxon apse, below.

When it’s not the same design as other windows in that church or sits at a different height that’s often the case. Sometimes you’ll see all or part of a blocked up window in the wall nearby, no longer required. 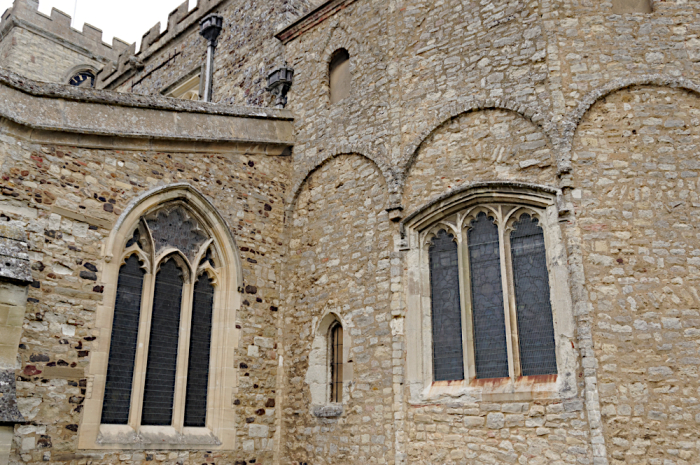 The 9th Century apse (right) and 14th Century South aisle (left) at Wing. There's a blocked off Saxon window high up on the apse. (centre top)

The aisle window is in the 14th Century decorated style, the large apse window is a Perpendicular type from the 15th or early 16th Century. The small "low-side" window between them is Early English; 13th Century. This mix of ages is common, though Saxon work is generally very rare.

If you see a church where all the windows are of the same general design and the roofs are all uniformly steep, don’t be fooled; it might well be Victorian, especially if the stone carving is still fairly crisp.

I'm going to take you through the main types of windows you can find. This week, we will look at the Saxon and Norman periods. Bear in mind that there are style overlaps between each period as ideas slowly spread; there wasn't a sudden change when the Normans won the battle of Hastings.

For some reason most of the photos this week are of or related to chancels, or if not, of an apse; almost the same thing. Part two of four, next week.


I used copies of the two books above while researching this series. 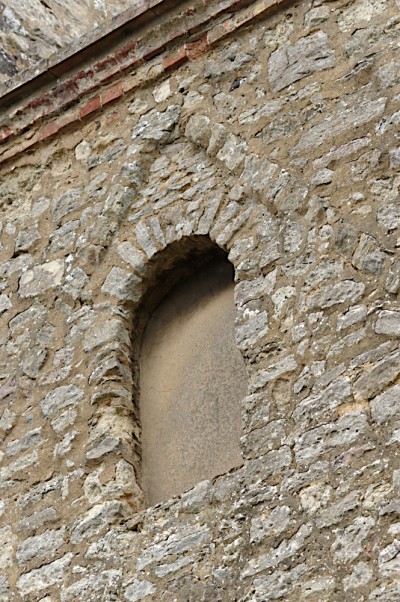 A closer view of the blocked Saxon window in the apse at Wing. Although it doesn't have a triangular head, there is triangular decoration above the window head. The apse is the only complete Saxon one remaining in England.

Most Saxon windows are small and round headed. These semi-circular heads are sometimes made from a single stone, or more often the stones round the window seem disproportionately large; a good clue that they are not an early Norman window.

Early windows have little or no splay to let more light in, but later (but not the latest) Saxon windows may be splayed inside and out, so the glass is in the middle of the wall. If you find this, it’s Saxon for sure. The jambs (sides) may slope together a little at the top.

You might see late period crude round windows, but these can also be found in early Norman churches.

If you ever see a small triangular headed window it’s almost certainly Saxon. 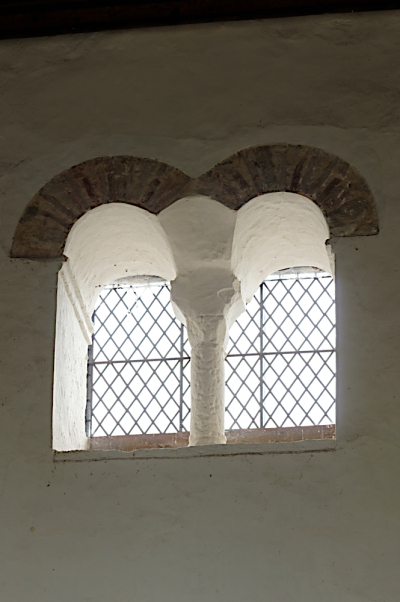 This 9th Century Saxon window is above the chancel arch at All Saints church, Wing. The arched heads are made from Roman bricks. 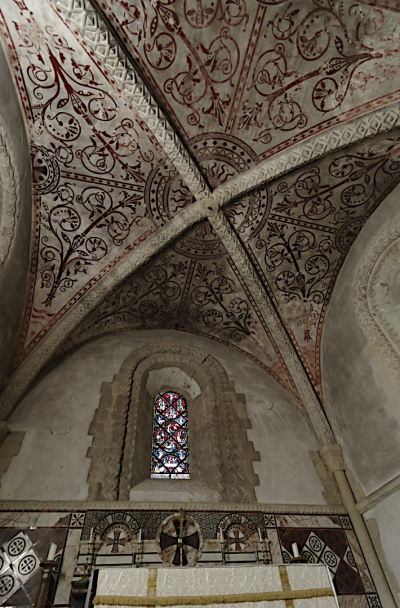 A fairly typical Norman window in the chancel at St Michael and All Angels, Stewkley. It's small, set in a thick wall, and has concentric border rows of chevrons or zigzags.

Windows are generally still small, due to the high cost of glass. They tend to be high up and it seems that having them evenly spaced wasn’t always important. The windows are still round headed, and sometimes you’ll see crude early Norman round windows.

Larger windows may have concentric arches outside with the jambs carved as columns, like many Norman doorways. Jambs are now vertical. 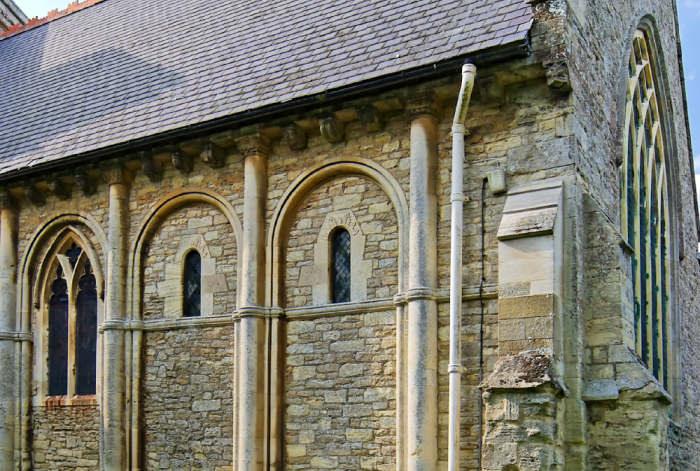 The Norman chancel at Olney's St Peter and St Paul. the two middle windows are Norman, though look restored. We'll be seeing more of the East window (right) later in this series.