The 1843 church of St George the Martyr at Wolverton has lancet windows all of the same or very similar design. The roofs are all set at the same steep angle.

This is the last part of a short series; a guide to identifying church windows.

Read this series and you will learn to recognise their type and approximate age, and from that you may be able to work out the age of that part of the church. But don’t forget, churches were commonly updated centuries after they were built with the latest windows of the time.

A big clue to this happening is that the windows are in several styles and are not regularly spaced or even at matching heights. Compare this with what you'll find in a Gothic Revival church, in the tips below. The West wall of St George the Martyr has two shorter lancets over the entrance, but they are still of the same basic design as others in the church. The large round West window is over a century younger; inserted into the wall in 1954.

Gothic Revival
From around 1750 to the mid 20th Century Westcott’s 1867 church of St Mary the Virgin has decorated (left) and Geometric (right) windows, with a dormer window above to break up the large steep roof.

Gothic revival architecture looked back to the Medieval period as did many buildings at the height of the period in the Victorian era. They may seem Medieval at first glance, but there are several clues for identifying a Gothic Revival church: 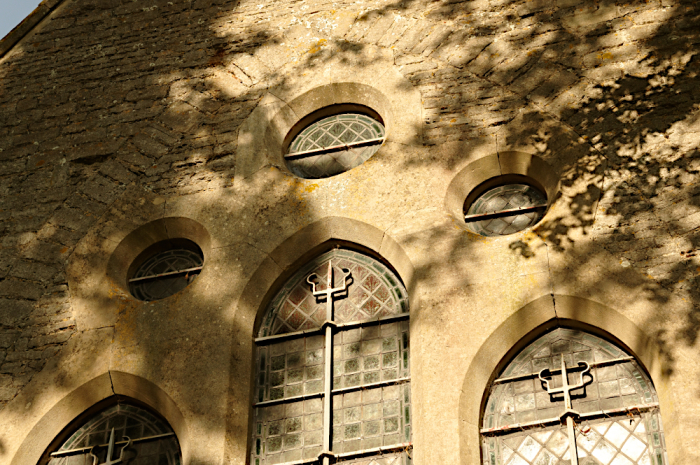 The West window at St Mary’s is made with very large stones, all carved with a lathe. Even the pointed arches are made from segments of circles. 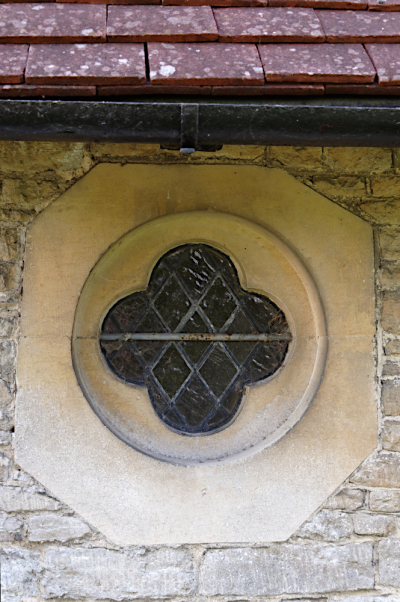 This window at St Mary’s, Westcott is machine made from just two pieces of stone. A similar Medieval window would be made of many more.

I used copies of the two books above while researching this series. 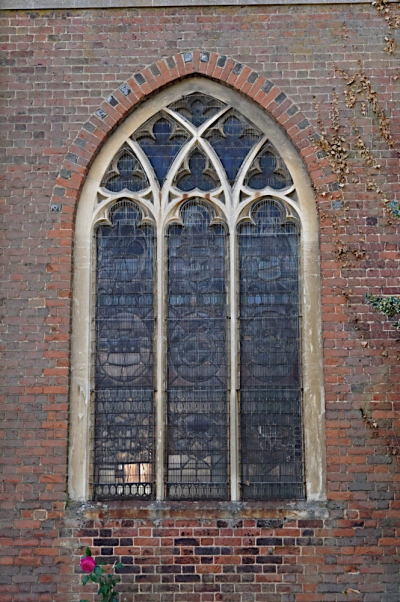 Originally built in 1724-30, the North aisle of St Martin’s church in Fenny Stratford has aspects of both Classical and Revival architecture. The building is of Classical design in brick, but the window is Geometrical. The window stones are pre-industrial revolution, so are a similar size to Medieval work. 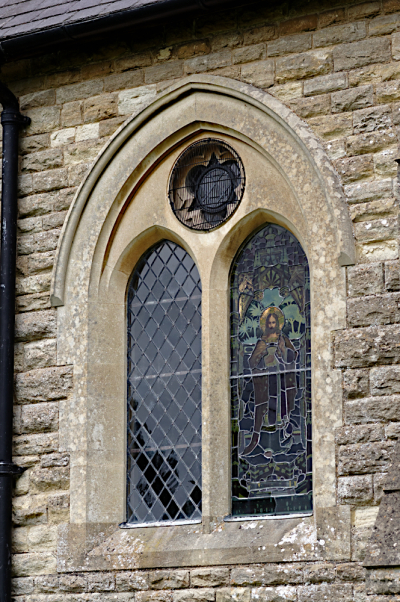 This 19th Century plate tracery window is one of seven in the nave of Tyringham’s church of St Peter, where the nave and chancel were completely rebuilt in 1871. The stonework is too regular and in consistently good condition to be Medieval, the stones a bit too big. Plate tracery is easy to make on a machine, probably why it was so popular in this period. 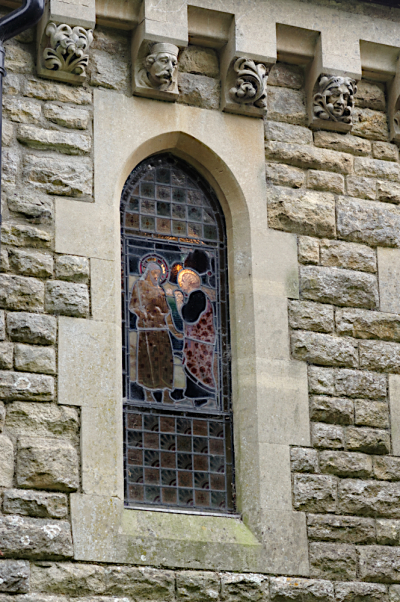 The arch for this window in Tyringham’s chancel is made from two pieces of stone with circular segments machined out and they meet at the top to form a slightly pointed arch. Every chancel window is the same design. The carvings above the window are in too good condition and too naturalistic to be Medieval; another clue to a Gothic Revival church.

This is the last of the four part series on recognising church windows. But you might be thinking, but what about the mid 50’s ‘till the present day? Well, the only church I’ve seen in North Bucks built after about 1950 is the church of Christ the Cornerstone, in Central Milton Keynes.

It was finished in 1991 and is very obviously 20th Century. You may know of other modern churches in the NBW area, so please tell me about them in the comments.