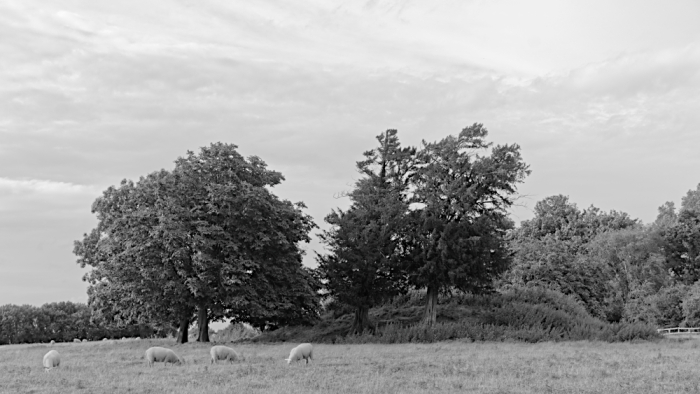 What is this mound on the top of Church Hill, at Whaddon?

It may be a mill mound; the Ordnance Survey think so and it’s marked as such on at least some of their recent maps. Historic England agrees. OS maps from around 1900 show the mound, but say nothing about a windmill.

It’s a good place for a windmill, high up on a hill and facing into the prevailing winds. But it is also a good spot for a bowl barrow, and that is how it’s listed, in the records of scheduled monuments.

A bowl barrow is a burial mound. Most of them were constructed between 2400 and 1500 BC; so that’s from the Late Neolithic period to the Late Bronze Age.

This barrow, like many, had a surrounding ditch. In a bowl barrow there may be just one burial or there may be several.

Unusually, the top of the barrow was much later flattened and levelled, with a shallow central depression. There’s also a causeway to the top on the South West side. These two features suggest this bowl barrow was modified later to become the mound for a Medieval post mill. It might have been 3,000 years old by then.

The mound is just along the footpath from the churchyard, and easily in sight of the remains of the important World War II wireless station the operators called Windy Ridge.