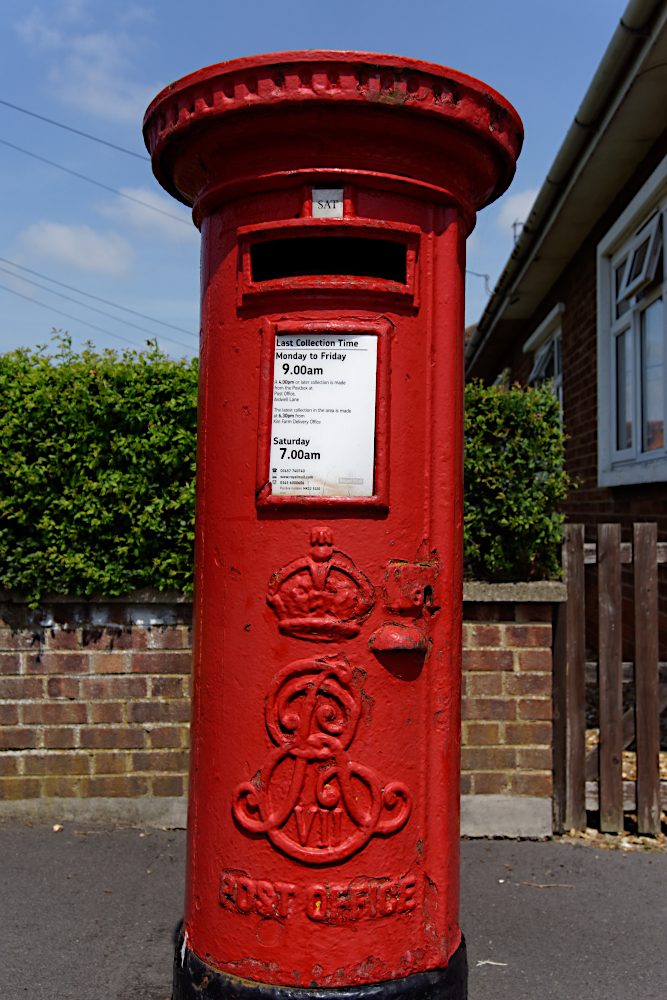 I’d heard this post box was a rarity, so I went to have a look and was surprised at what I found; not all is as it seems.

This box is supposed to be one of the 130 or so left of the 271 installed during the very short reign of Edward VIII, in 1936. But when I got there I saw that the royal cipher on the door is the wrong one.

I’ve heard that after Edward VIII abdicated some of the boxes with his cipher had their doors changed, and perhaps that’s what happened here.

Even the Milton Keynes Heritage Association think it’s an Edward VIII box, though the ciphers for the two kings are very different.

While this box has an ornate cipher and I find it takes a minute to identify the letters, the Edward VIII cipher just has a fairly plain ‘E’ and ‘R’ with a tiny ‘VIII’ between the letters and a crown above.

But here’s another mystery. This box is in Furze Way, Wolverton. But the street wasn’t built until after World War 2, so what on earth is a much older post box doing there?