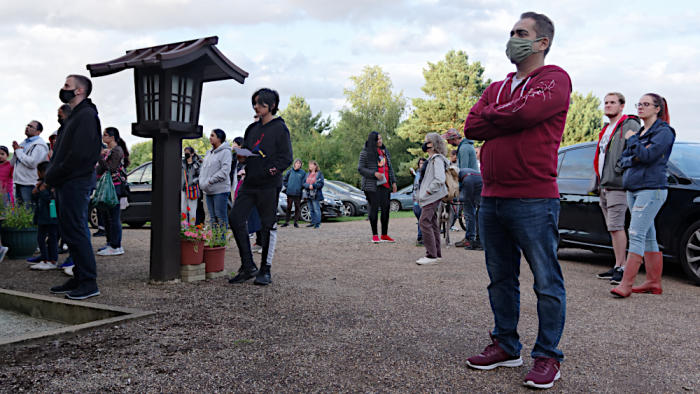 During the procession to the lake with the lanterns, most faces were bare and there seemed to be some social distancing going on. At the lakeside, the peace lanterns were taken out on to the water by temple volunteers, who took them two at a time from Sister Maruta.

Usually, the ceremony takes place outdoors at the Peace Pagoda, but rain had been forecast so it was moved to the temple.

It didn’t rain after all, but perhaps those who stayed outside were expecting an outside ceremony, and not yet prepared to enter a crowded room filled with strangers.

The ceremony commemorates the dropping of the atomic bomb on Hiroshima in Japan on 6th August 1945. The lanterns (there are usually 200) are decorated with picture, symbols and words of peace, and there’s a candle in each one.

The following morning, temple volunteers took a boat onto the lake to retrieve the lanterns for next year.

This is just one of many posts from The Distance Project, which has been running since April last year. This link will take you back to the very first posts, or if you want to see them in reverse order, just click on the link in the categories list that's on every page. 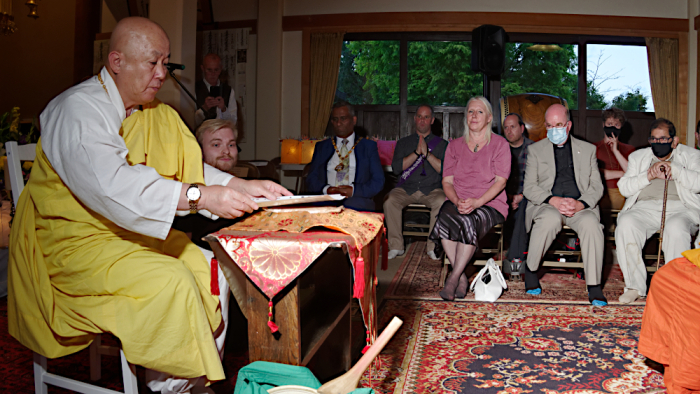 In the shrine room during the first part of the ceremony. While some wear facemasks, there’s no social distancing going on. 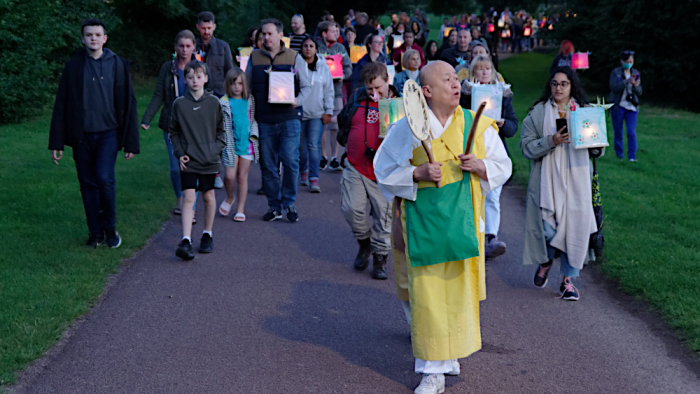 You can see just one mask wearer visible in this shot, on the right. She had also been in the shrine room. The procession was more spread out than it appears in this photo. 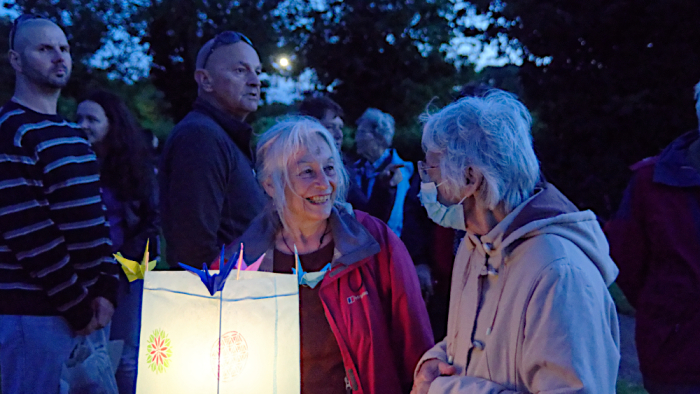 I saw perhaps five or six mask wearers out of all of those at the lake. Some people stood back from the crowd at the waterline. 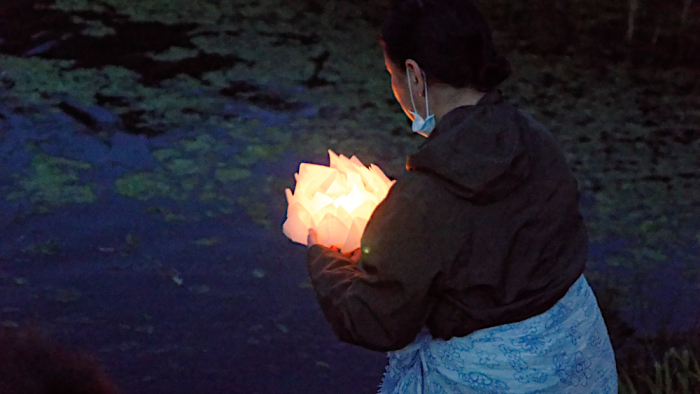 A woman takes an unusual lantern to the water’s edge. She still wears a mask, but it’s under her chin. 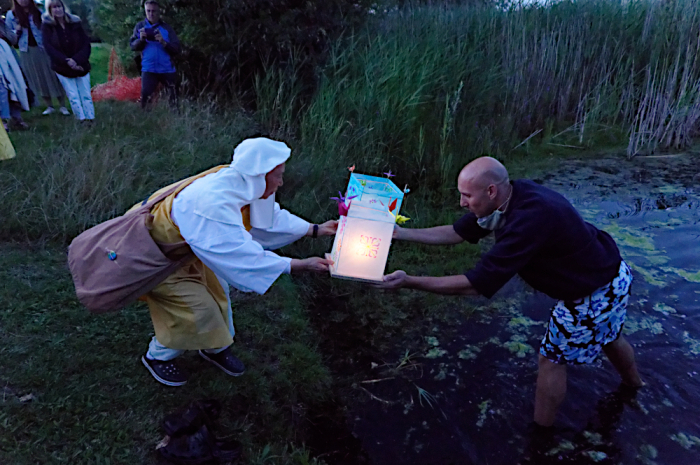 Sister Maruta hands peace lanterns to a temple volunteer. He will take them out past the reeds you see in the background so the wind will take them across the lake. This photo is not part of the Distance Project, but is here to show you more about the ceremony.