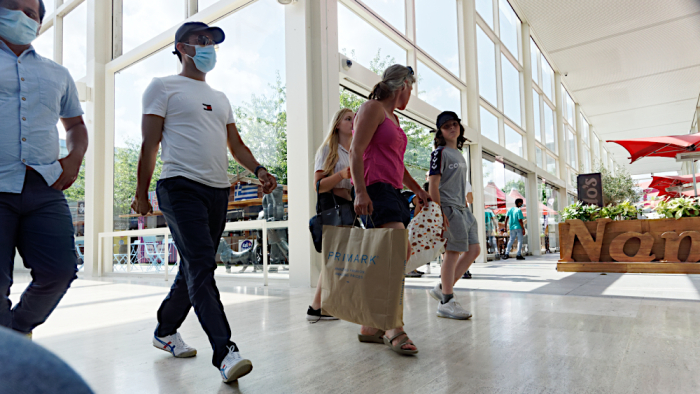 It was Freedom Day, Monday the 19th. I went to Central Milton Keynes to see what was happening; would everybody be maskless?

No, they wouldn’t. A good third, maybe more of everyone I saw wore a mask. I could see no pattern in who wore a mask and who didn’t, except that older people were perhaps a bit more likely to.

I found several groups or pairs of people where some used a mask, some didn’t. It didn’t seem to be an issue if a mask was worn or not. That seemed to be the general feeling in the shopping centre.

I didn’t wear a mask. But although it’s not required now, I still kept my distance. I think it’s going to be a while before everyone feels more relaxed about getting close to people they do not know, so out of respect to them, I made the effort not to get too close to anybody.

Do you see how nearly everyone is walking from left to right in the photos? It's because of the one way system the shopping centre set up to help with distancing; most people are still following it.

Next Thursday I’ll be posting another Distance Project post; “Release”. 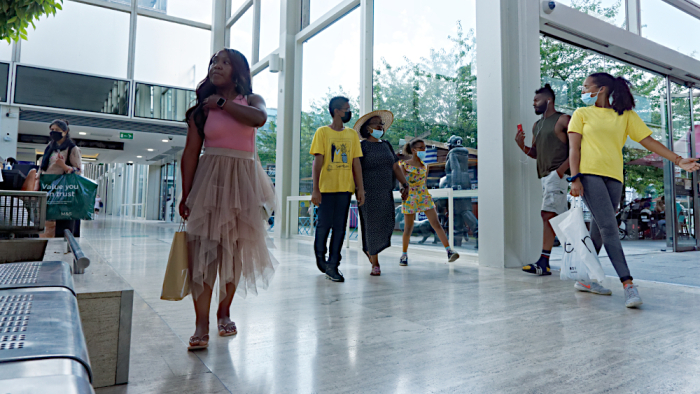 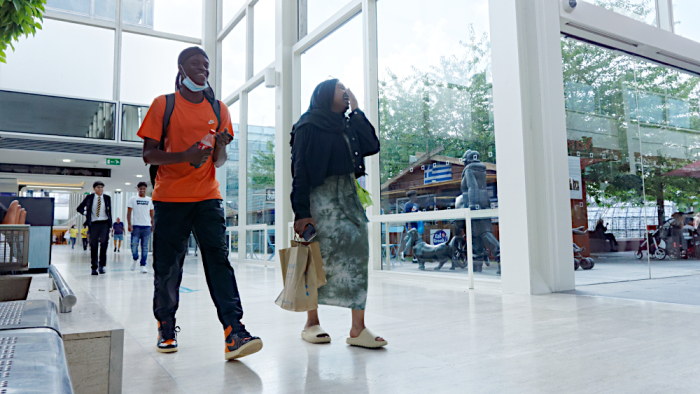 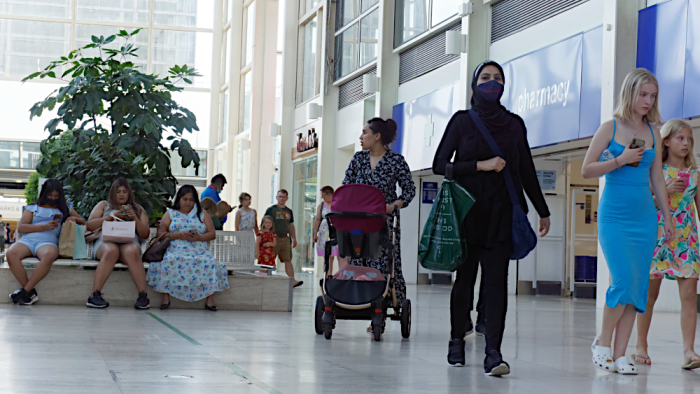 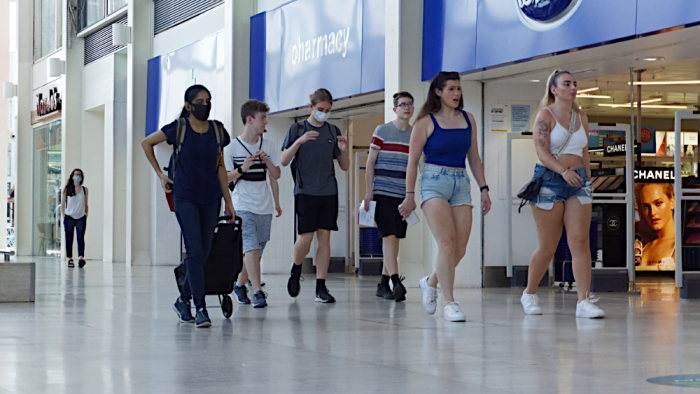 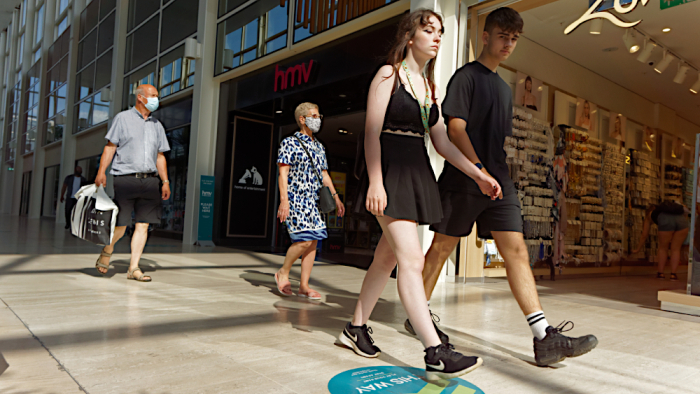 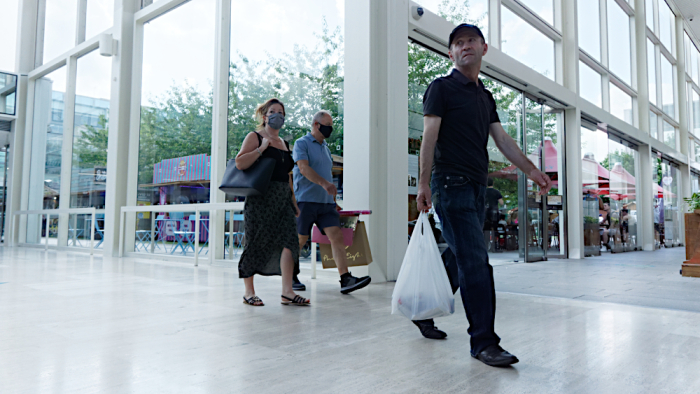 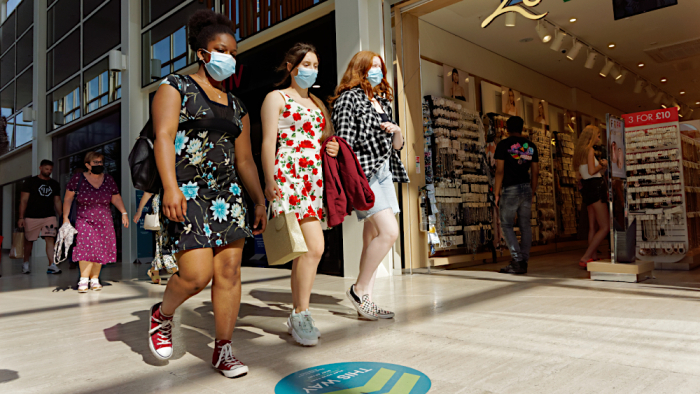 This is just one of many posts from The Distance Project, which has been running since April last year. This link will take you back to the very first posts, or if you want to see them in reverse order, just click on the link in the categories list that's on every page.