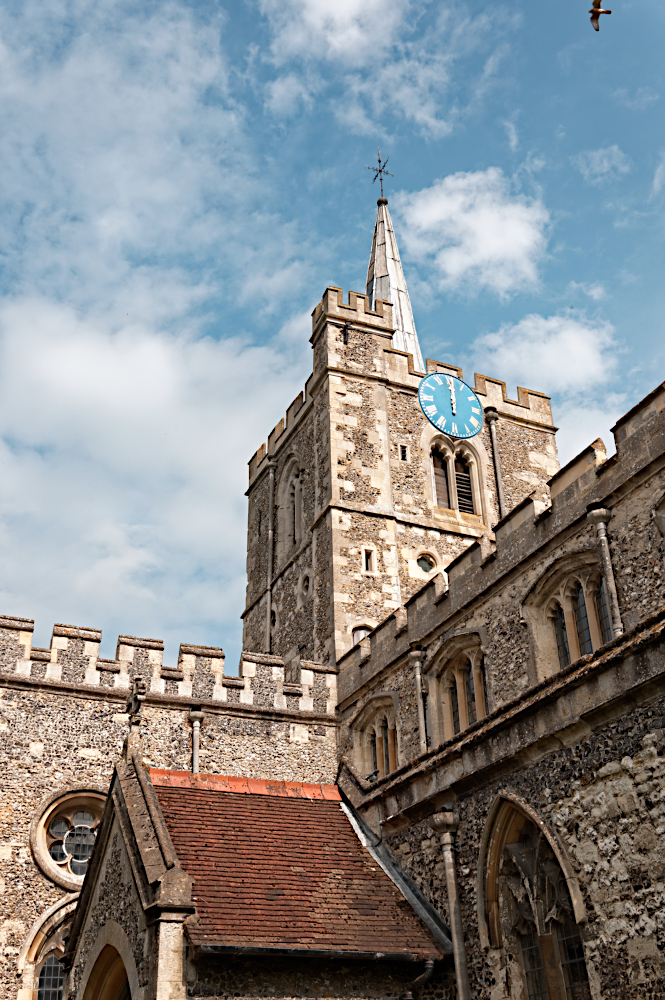 Here’s a photo I couldn’t fit into the Secrets of Ivinghoe post, a couple of weeks ago. This is St. Mary’s, built as an early 13th Century cruciform church with a central tower.

To the left of the photo is the North transept, to the right are the clerestory windows high on the North side of the nave, and one of the North aisle windows below. The nave, tower, and aisle were all rebuilt in the 14th Century. The porch is 19th Century.

I’m looking forward to being able to look inside churches again, and I’ll be featuring some of them on the North Bucks Wanderer.