Home Subscribe Affiliates Commenting... Contact About
Milton Keynes is Just a Village
At The Lake and At The Shop 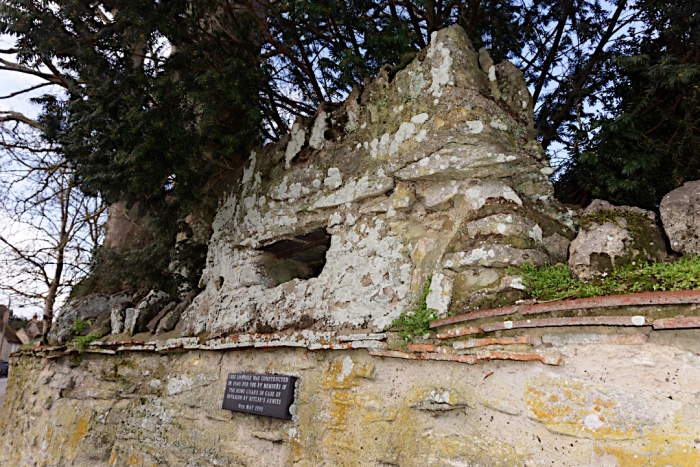 This strange bit of wall was built by the local Home Guard in 1940, in case of German invasion. It’s a loophole; a firing slit. It sits on a junction in Clifton Road, Newton Blossomville, facing the turning to Hardmead.

We all know about the Home Guard, right?

Newton Blossomville is just a small village on country lanes, so why did the Home Guard think the Germans would come through the village? One reason might be that a few miles to the South is RAF Cranfield, which had been opened five years earlier.

It would have certainly been an objective for an invading force, and from there they would want to quickly advance; this was blitzkreig.

It’s an easy run from the airfield and along Hardmead road to Newton Blossomville, and once through the village it’s only a few miles to the crossroads at Warrington.

From there, main roads could take the invaders straight to Northampton or Wellingborough. I think the local men knew this, so they built this loophole. It wouldn’t have stopped the German army for long, but it was better than doing nothing.

Pillboxes and other hard defense points were built all over Southern England to standard designs, but non standard ones were built as well. There’s a pair of non standard pillboxes opposite Wolverton Works, made to protect the entrance.

If you know of any other hard defenses, standard or not, please let me know in the comments.