Milton Keynes is Just a Village At the bottom of the war memorial are the usual crosses and a wreath, but there’s pebbles painted with poppies, and for some reason, wooden spoons.

Until the late 60s, if you knew of Milton Keynes at all, you’d probably be a local. Before then it was just a tiny village on a side road three miles from Newport Pagnell, but with the passing of an Act of Parliament in 1967 this began to change.

Until the new town came, Milton Keynes village sat in flat, pond strewn farmland in the Ouzel river valley, about a mile from the water.

It was well connected with the surrounding villages. An unclassified road ran through from Willen in the North to Watling Street (the A5 trunk road) in the South, via Walton.

Footpaths once took you West across the fields to a bridge over the Ouzel, next to a mill at Little Woolstone. The spot is now under the V10 Brickhill Street. There’s not much left of the Willen road, but parts of the road to Watling Street are still there, including a stretch by the Open University called Milton Road.

Another minor road went East from the centre of the village (by the pub) then curved North to Broughton; a lot of this road still exists, though of course it doesn’t run between fields any more.

I had a look round the village yesterday. Of course I wasn’t allowed into the church, but in the graveyard are buried remains from older graves, found on the other side of Willen road in 1992.

They are believed to be the bones of Christian Saxons, buried around 900 AD. There are two stone slabs set flush with the ground to mark their resting place, just inside the gate. 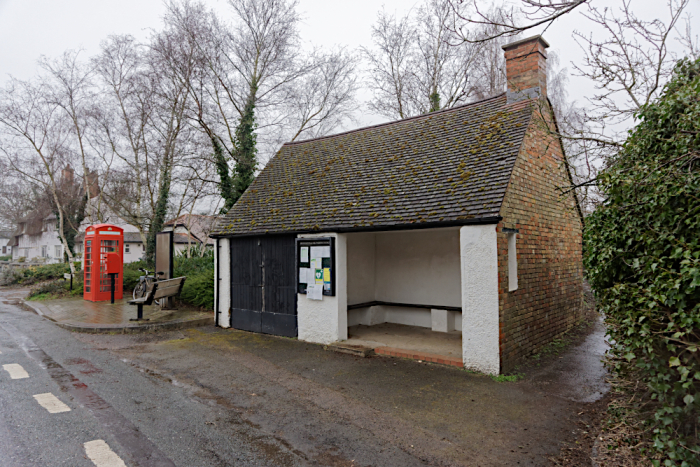 The old smithy, now a bus shelter with a chimney. The Swan is in the background.

The World War One memorial in the graveyard is a bit different from the usual cross and plinth design; I like it. It’s also unusual because it has not been altered to include deaths from the second World War. I like to think that everyone from the village came back from WW2.

One day I’ll be able to look inside the church, and I’ll report back. A few parts of it date from the 12th Century, but most of the church is 14th Century. Outside, I found a nice clear benchmark on a tower buttress, on the North side of the church.

At the village centre is The Swan, a timber framed 17th Century pub, much altered over the years. There should be another benchmark on the South East corner, but I couldn’t find a trace of it. 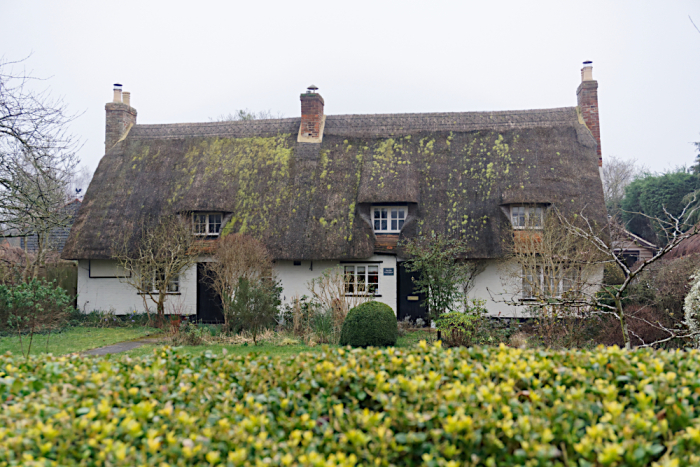 The Old Post Office was once a Medieval open hall.

Close to the pub is a bus shelter inside a small brick building. This was the smithy. A travelling smith would visit regularly to shoe horses and make or repair farm or household implements. One oddity is that just one back corner of the smithy is rounded, not square.

A little way up Broughton Road on the opposite side is The Old Post Office. It is part Medieval and part 17th Century. In the centre of the house is a Medieval cruck truss, and the roof timbers are heavily smoke blackened; this house was built as an open hall and only later divided up and chimneys added. The Post Office moved out in the 1900s.

In the 1950s the district nurse lived in a 17th Century cottage a little way along Walton Road. It’s still called Nurse’s Cottage. 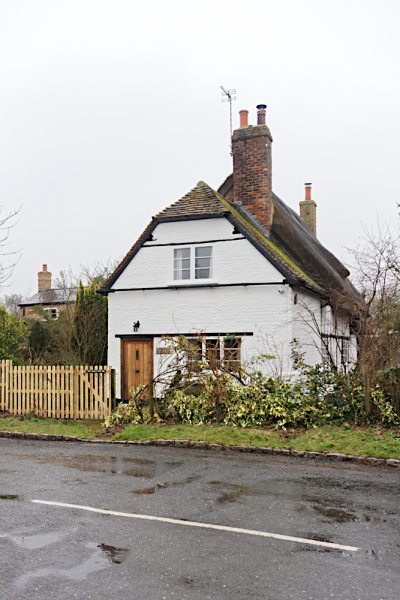 Further along Walton Road is Southside Farmhouse. It seems to be early 19th Century, but that’s just the front. It wasn’t uncommon to update an older building and the original building was 18th Century.

Milton Keynes still has the feel of a small village, though it’s surrounded by the new town. Perhaps next time I visit it will not be raining. 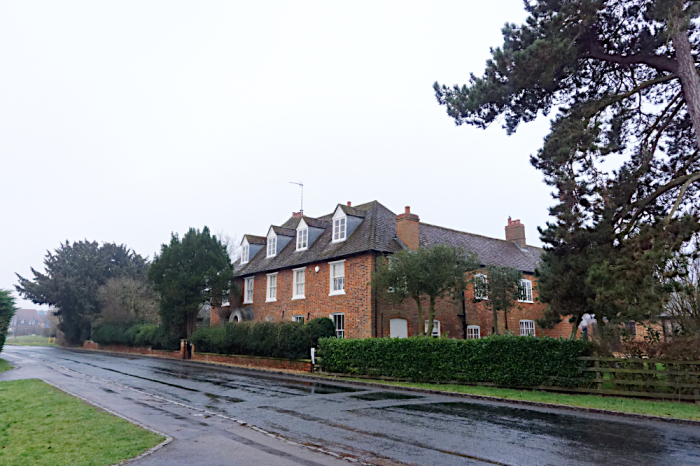