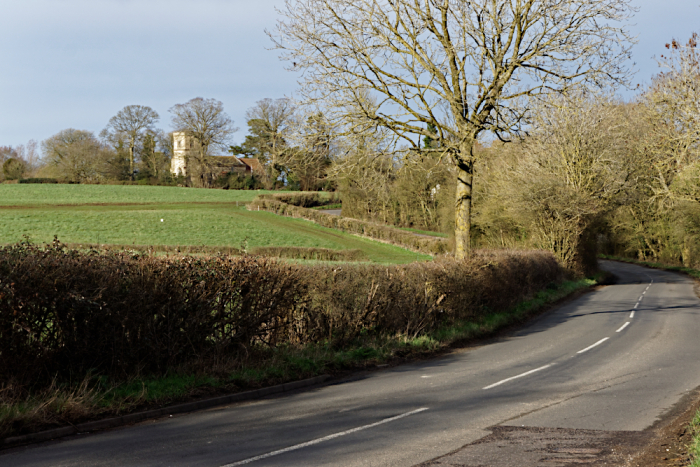 As soon as I turned off the B4032, I saw Drayton Parslow church, up on the hill in front of me. Have ever noticed how often it is this happens, that as you approach a village the first thing you see is the church?

Two more examples that occur to me, because of the roads I use, are Great Horwood church, from the Winslow road, and Hardwick church, when coming from Aylesbury on the A413. I don’t think this is by accident, but why does it happen? The only reason I can think of is for navigation, probably from well before the Norman conquest.

The 14th Century Holy Trinity church at Drayton Parslow was not the first to be built there, and there’s an ancient preaching cross in the churchyard that I think must be older than the church.

Either of these would have made a fine landmark. They are up on the hill top so would be visible from the B4032, once a Roman road and a route that’s been in use for two thousand years or more.

But there’s another reason I think they were used for navigation; Leys.

Alfred Watkins believed that a network of straight tracks (the leys) covered the British Isles, aligned for navigation with beacon hills, mounds, moats, and old pagan sites that now have churches on them. Some of these routes were 4,000 years old, he believed. He called these routes leys because ‘ley’ as part of a place name seemed to occur remarkably often on them.

Some call these ley lines, and believe they are lines of force in the ground. I don’t believe this and neither did Alfred Watkins; it’s a belief that only came about in the 1960s.

Watkins published his book The Old Straight Track in 1925. By then he had been developing his theory about the leys for four years.

I have a much later reprint. The most interesting part for me as the North Bucks Wanderer is Appendix B, titled ‘Buckinghamshire Leys’. There he lists 15 leys, and many of the alignment points are churches. Quite a few of those leys have major Roman roads running along them. What do you think the truth is about leys? 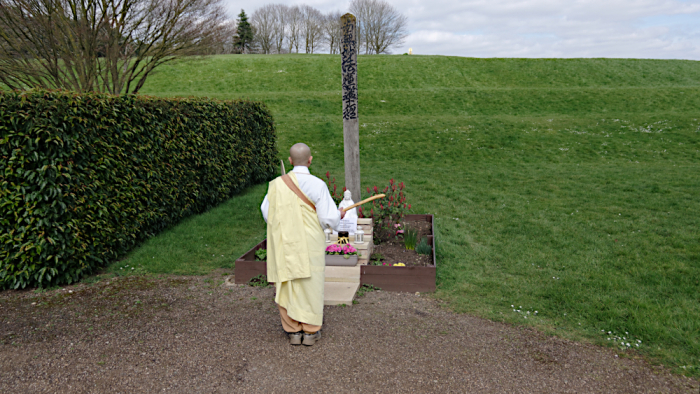 Continue reading "A Year of Lockdown" » 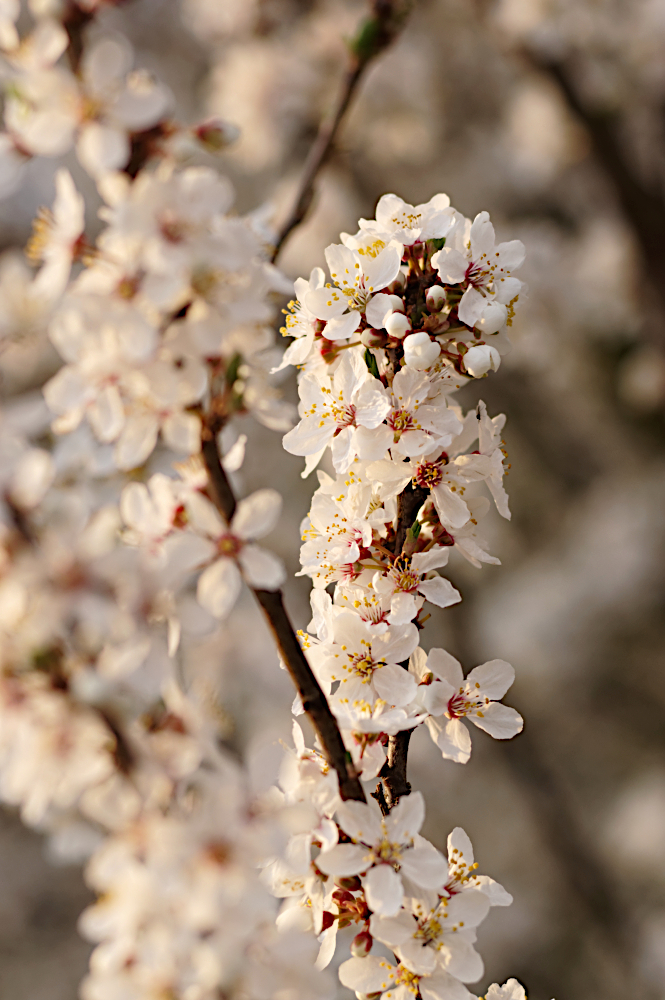 Their thorns mean both these trees make good, stock proof hedges, and it’s not unusual for both to be planted in the same hedge, giving a longer flowering season.

Where is this tree? While out researching and taking pictures for last week’s post Where Did the River Go?, I found a nice group of blackthorn trees in blossom on the Ouzel riverbank, close to the spillway at North Willen lake. I got in close to the nearest one, to show you these flowers.

Blackthorn supports all sorts of wildlife. It provides early nectar and pollen for bees. Many moth caterpillars feed on it and the rare black hairstreak butterfly lays its eggs in the blackthorn. Birds find a safe nesting place amongst the branches of this dense, thorny tree and small mammals also use it for shelter.

In the autumn, birds and small mammals can feast on the deep purple berries, the sloes. You might know them from sloe gin, but there are recipes for sloe jam and sloe preserves, too.

The Ouzel once ran on the other side of these trees, and the parish boundary followed the middle of the river. That means the blackthorns here were just inside the old Willen village parish. 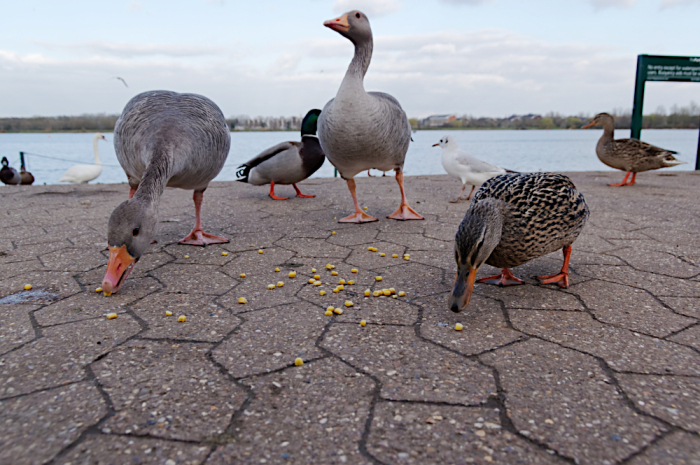 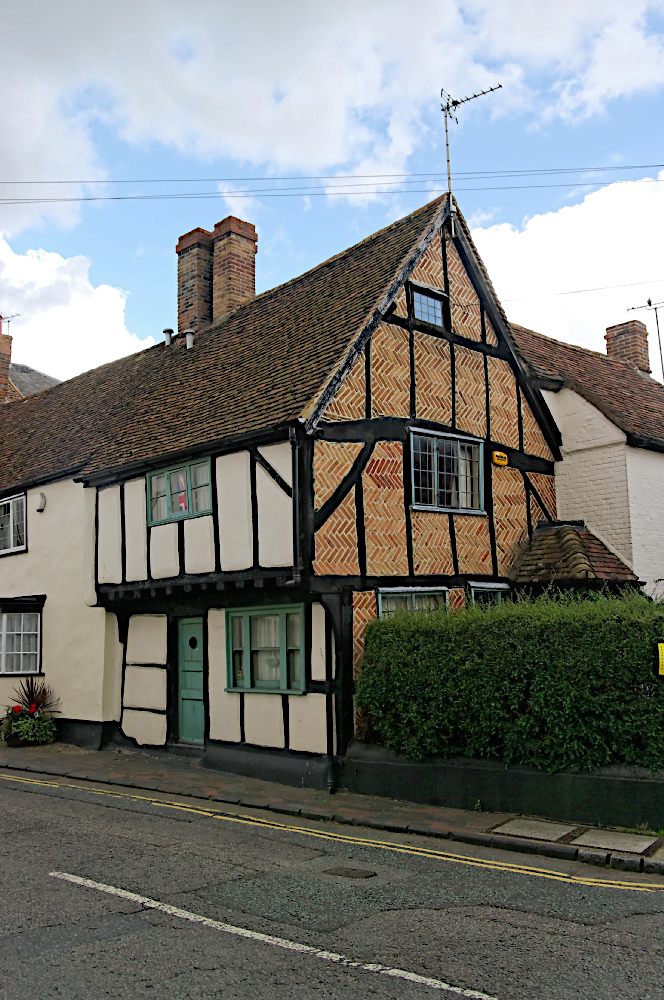 At The Lake and At The Shop 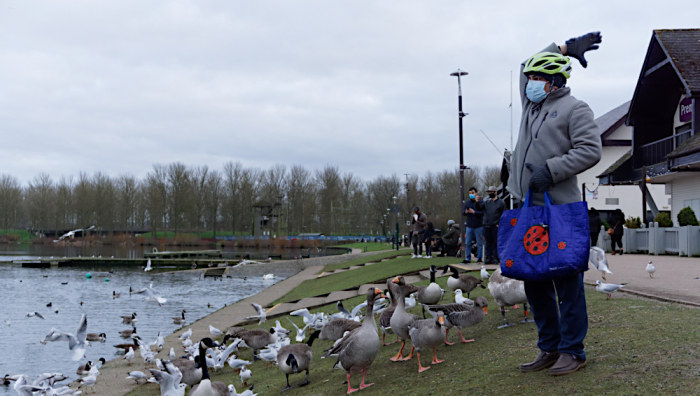 Feeding the birds at South Willen lake, under lockdown.

As the lockdown stretches through the cold grey winter months, I sometimes visit South Willen Lake. It’s a popular spot for exercise. Some people prefer to wear masks, even though it’s not a requirement outdoors. Others, like me, prefer not to.

Continue reading "At The Lake and At The Shop" »