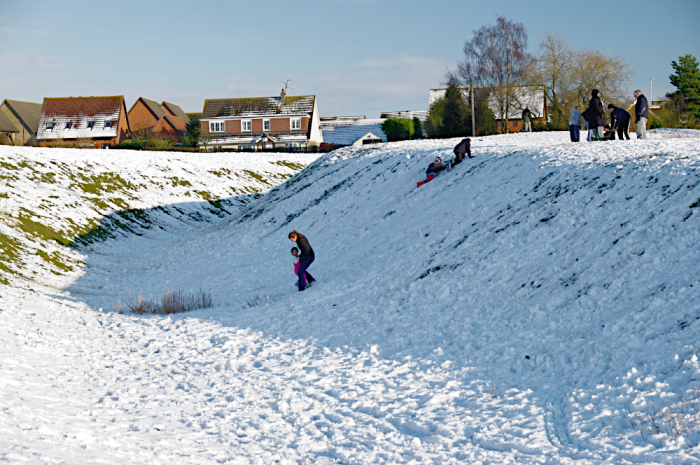 It's supposed to snow today, so that’s all the excuse I need to show you this shot, which I’ve been wanting to put on the North Bucks Wanderer for ages.

This is one of the defensive ditches dug for Castlethorpe castle, and I took this photo in early February, 2009. 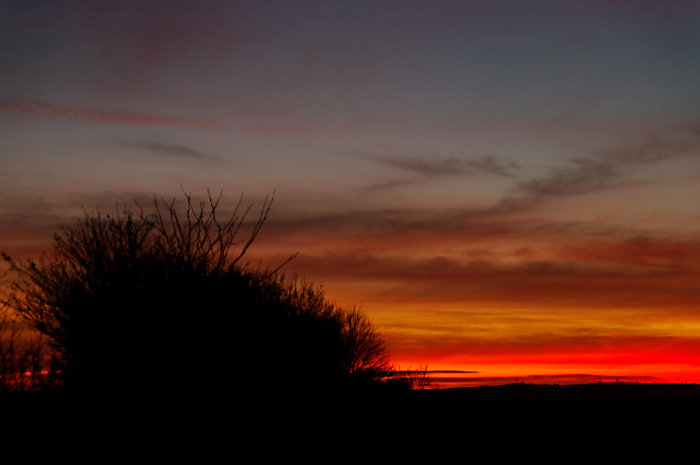 It’s been a month since the shortest day of the year the Winter Solstice, and you might have noticed the days are getting longer. We are seeing nearly an hour more of daylight today compared to the 21st of December, mostly in the evening.

In other words, today there’s still a bit of light in the sky at five o’clock, but on the 21st of December it was dark not too long after four. This morning also saw the sunrise a dozen minutes later than it was a month ago.

The later evenings certainly lift my spirits. These two photos were taken just after five on the same evening, on the road between Winslow and Whitchurch, close to the Hoggeston turn. It was January 2012. 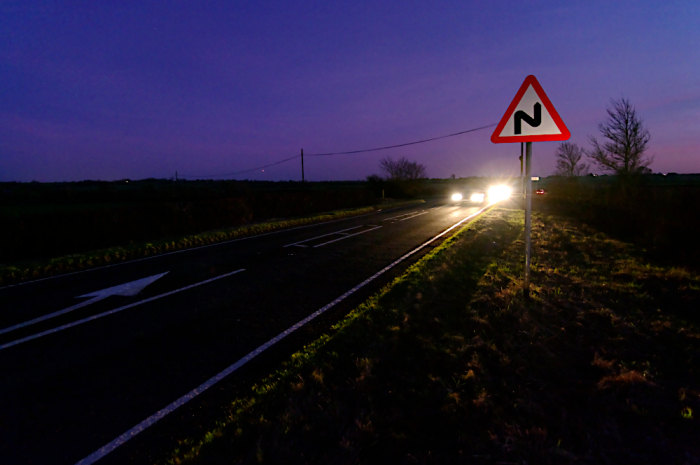