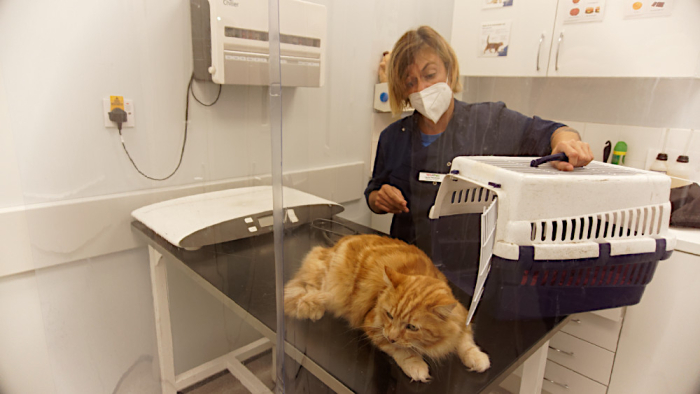 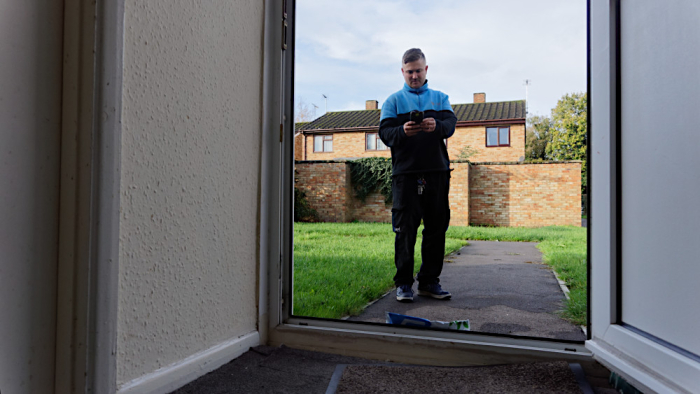 I’ve been ordering things on line over lockdown rather than go to a nearby shop as I would usually do. I’d rather buy local, but I think it’s more important to avoid contact wherever possible until this mess is over. This delivery man is photographing my parcel against my open door, as his no-contact proof of delivery. 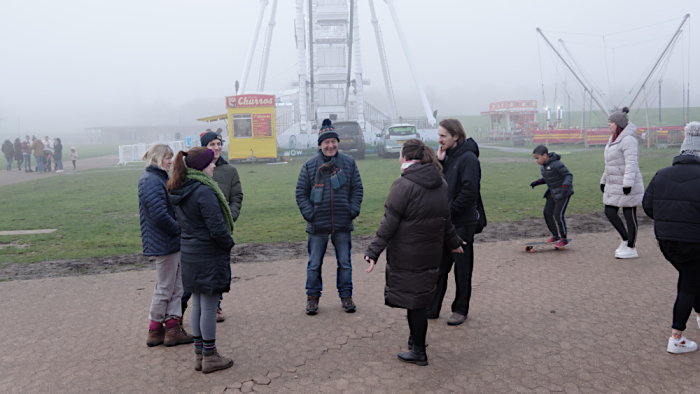 A group chats at a distance, at South Willen Lake. There’s plenty of room to go by them at two metres here, and people make use of it. 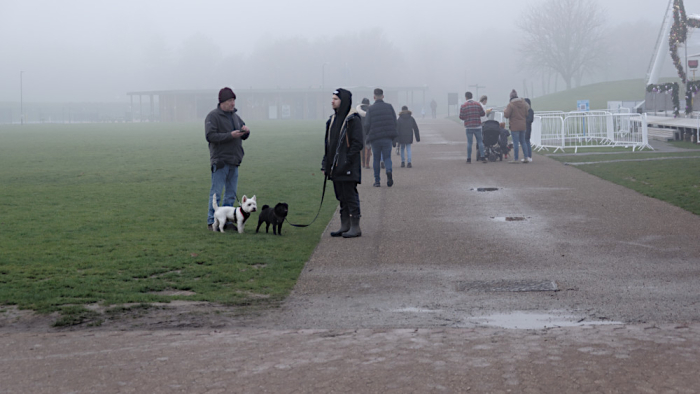 I’ve seen quite a few dog walkers standing and chatting at a distance in different places, though the dogs of course don’t care about social distancing. Beyond them, other groups avoid each other. This was taken not far from the previous shot. 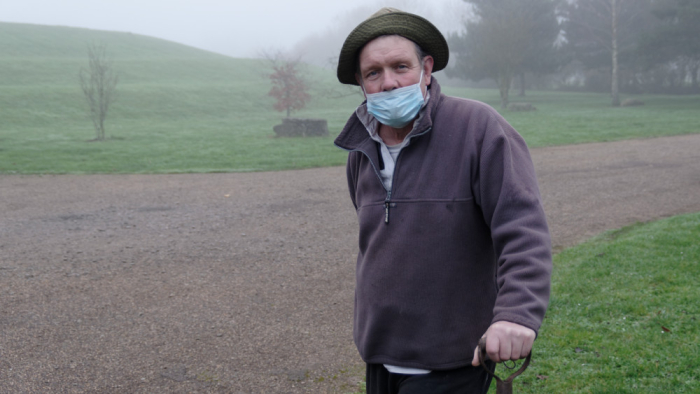 Taken later the same day as the two previous photos, this is a volunteer gardener at the Buddhist temple near North Willen lake; the grounds there need a lot of attention. The temple relies on volunteers and donations from visitors; it hasn’t been an easy year for them. 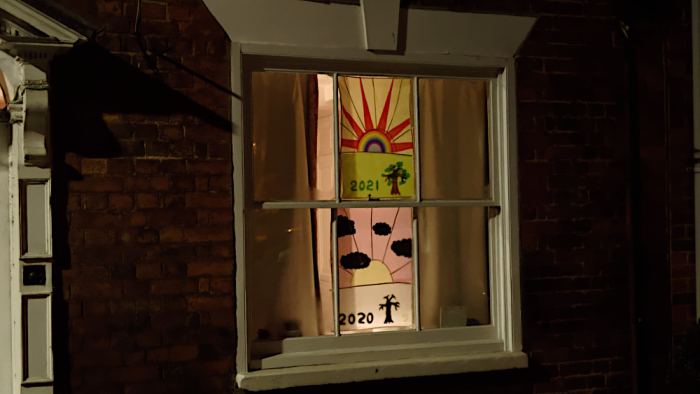 These window posters were in Church Street, Stony Stratford before Christmas. I like the optimism of the top one.

I didn’t think I would still be doing this project now, nine months from when I started; I think I have three or four months still to go on it, at least. But with the vaccine starting to be given out, at least the end is just about in sight.

My other photos from the Distance Project can all be found here. The project, started in May, is to photograph what people are doing differently under lockdown.