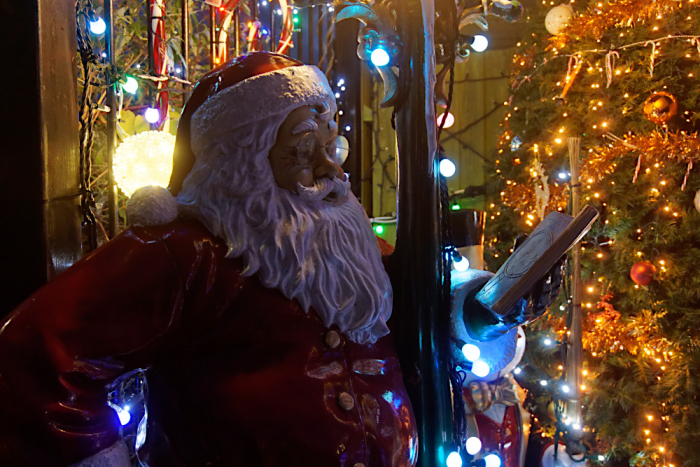 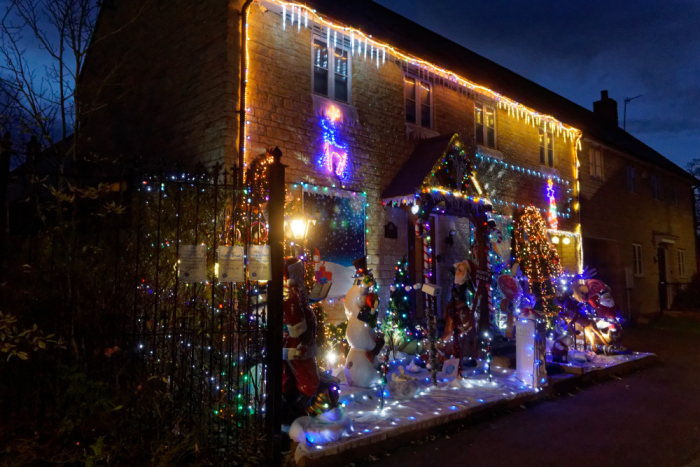 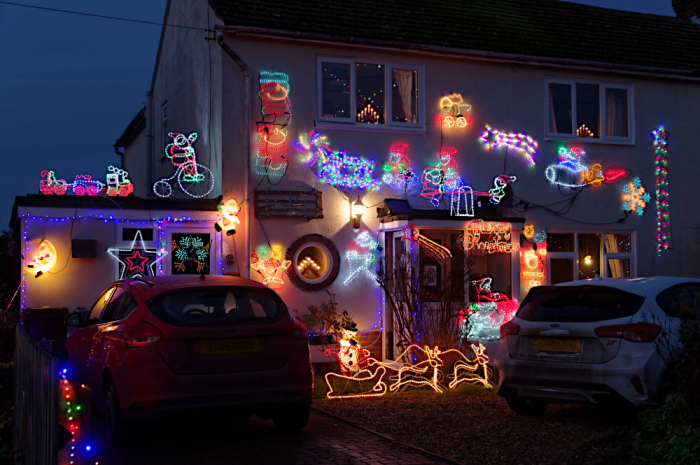 The last one I could get to is in Boxberry Gardens, in Walnut Tree, Milton Keynes. There, a row of terraced houses have put on a display for charity; it’s very impressive and very well done.

I talked to some sightseers who had brought their children, and a couple of the residents who had put on the display. Everyone was friendly and in good spirits.

Their charity this year is The Winter Night Shelter, part of the Milton Keynes Homeless Partnership. 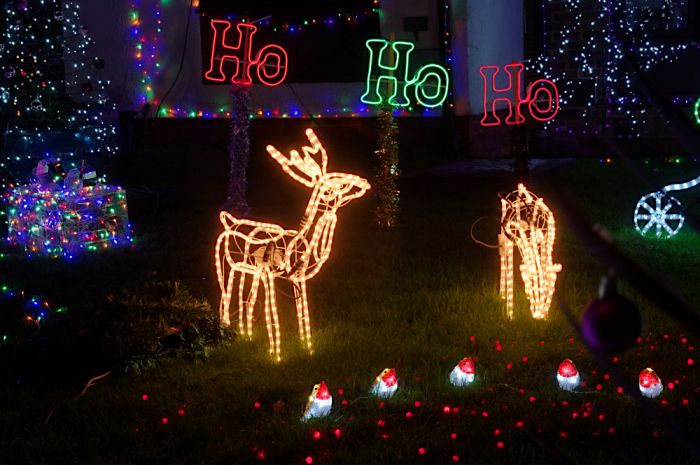 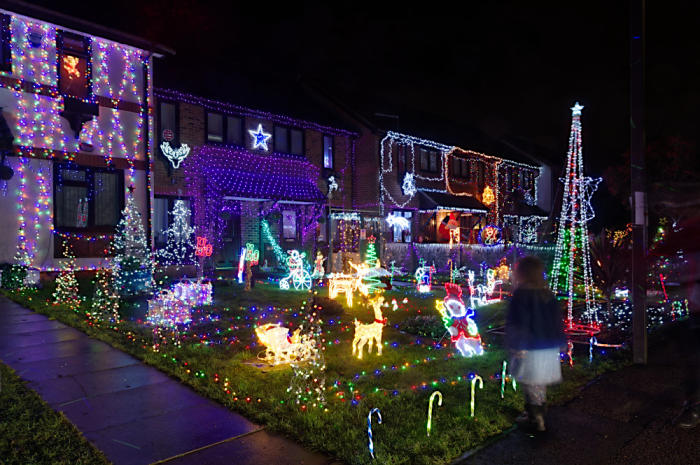 Looking at the lights in Boxberry Gardens.

You can’t really get to these displays while we are in Tier 4, so here’s a few honourable mentions that are collecting for charity that I wasn’t able to photograph.

The residents of Summerhayes, Great Linford, in Milton Keynes are not putting on their fine display this year because they are concerned about spreading Covid-19. But they are another display whose chosen charity is Willen Hospice.

The display in Church Road, Pitstone is collecting for the Mental Health charity Mind. They have a video of their Christmas lights display where there’s a link for donations.

There are over 160 Christmas decorated houses in Haddenham. They have put a huge amount of effort in to their Festive Trail and are collecting for Christian Aid. Christian Aid do disaster relief and other work in South America, the Caribbean, Africa and Asia. There’s a map of the houses at the link, and they are posting photos on the trail’s Facebook Page.

And….. it’s Christmas Eve. Best wishes to you all. 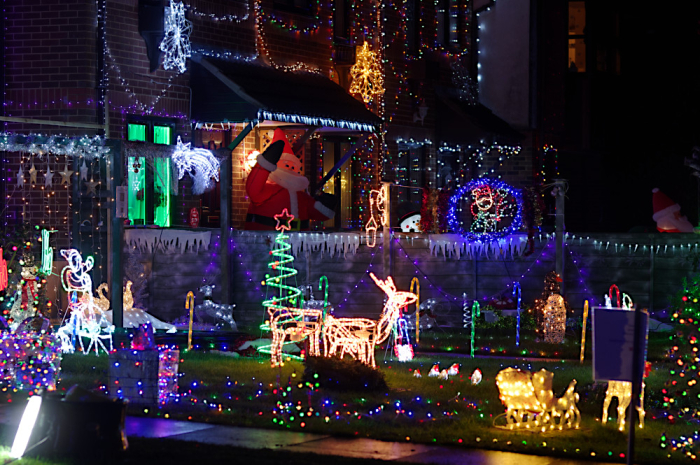 Santa waves from a front door in Boxberry Gardens. 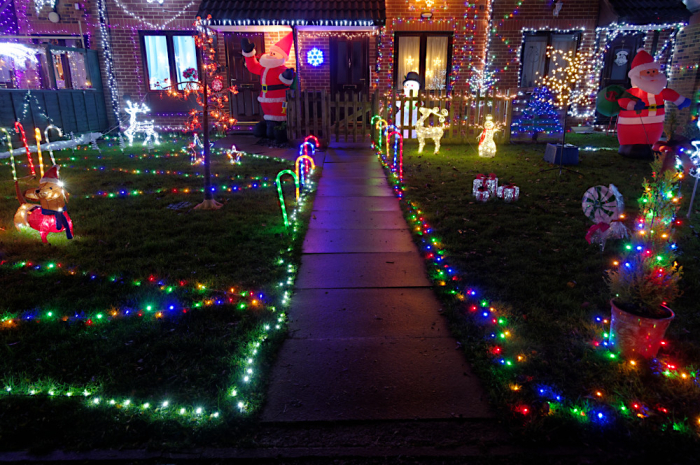 Wait a minute; there’s more than one Santa?