Changing Lanes, the 1960s and Earlier

Road improvements to improve communications and traffic flow are not new, and here are some older examples. This is the second post on our changing roads.

A New Bridge for Shipton 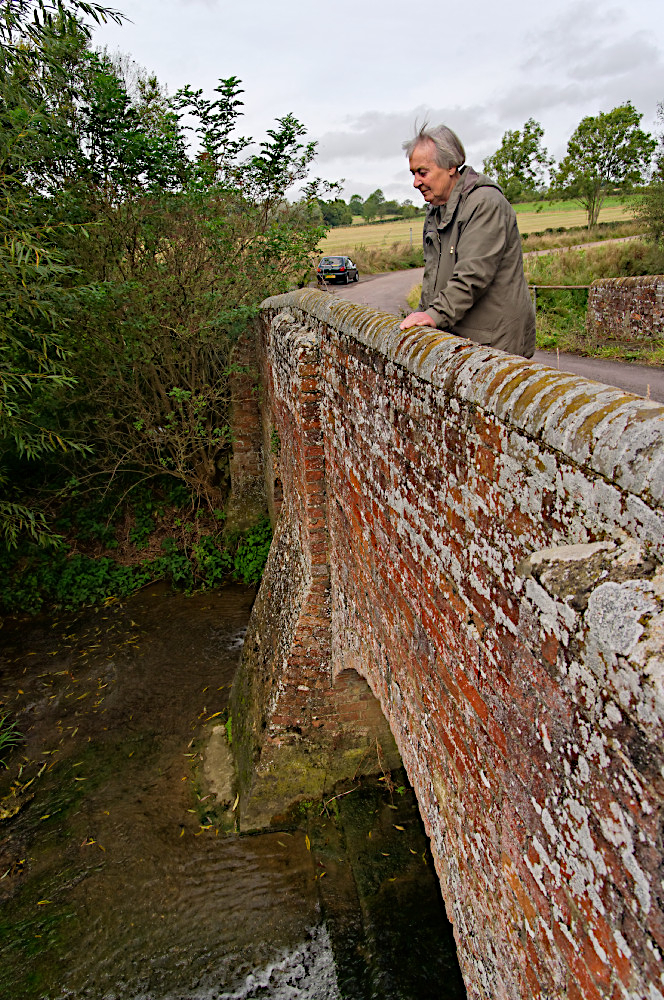 My late mum at Shipton Brook Bridge, about four years ago.

Earliest of all today’s examples is the new turnpike from Aylesbury to Buckingham, that we know as the A413. It replaces the old turnpike which went through East Claydon, not Winslow.

This bridge was built around 1722 to take the new turnpike over Shipton Brook, near Winslow, but by the 1930s, the bridge had proved inadequate for motor traffic.

In 1932 a milk lorry and a six wheeled lorry collided when they both reached the bridge at the same time, from opposite directions. Gallons of milk went in the water, though neither driver was badly hurt. The main road now runs over a bridge built in 1937 a short way to the East, and the old bridge is now part of a layby. 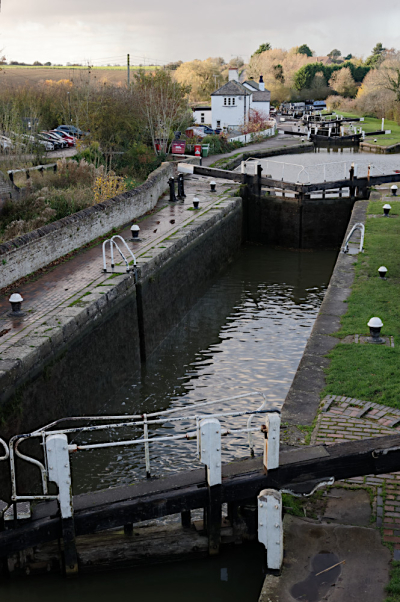 Three Locks from the bridge. The pub is the white building in the background. The cars far left are on the old road, and the new road runs on an embankment behind them.

The route to Fenny Stratford from Leighton Buzzard has changed a great deal. In the 1950s it had been just a few country lanes.

From Leighton Buzzard, once over the railway line and into North Bucks you would head almost North, into a dip and across a narrow canal bridge. The dip used to flood; one reason the road would later be altered. Once out of the dip, you’d come to a junction with a grass triangle where you’d turn left for Soulbury and Fenny Stratford.

Where the road crossed the canal at Three Locks, you’d turn right at the bridge and drive past the pub, which sat right next to the road.

This all changed some time after 1962, when London overspill estates were being built at Bletchley and a better road was needed.

The lane in the dip became a side road. A new piece of road ran from the railway bridge at the Leighton Buzzard end and joined the old road just past Three Locks. The old turning by the canal bridge at Three Locks is now a short lane that only serves the Three Locks pub.

On the other side of Stoke Hammond, the same road was straightened in the mid 60s because of the number of accidents. There’s a loop of road you can’t get into, and a layby next to the canal that are both part of the old road.

The route of the last part of the country lane before Water Eaton is little altered. It runs past the Lakes Estate (1968-75), and since the Stoke Hammond bypass opened in 2007, traffic has fallen away from the Leighton Buzzard to Fenny Stratford road.

Thanks to Tod Booth of Foxblade Trading for help with this part of today's post. Watling Street is another turnpike route, and had been a major artery for centuries. In 1922 it was named as the A5 trunk road, and as traffic increased in the 1950s this flyover was built at Loughton. It’s now part of Milton Keynes, but it had been just a small country village.

When Minister of Transport Ernest Marples opened the M1 in November 1959. the A5 became quiet, but traffic increased again with the coming of Milton Keynes. When the A5 (D) opened in 1980 through traffic, at least, fell away.

I’m told that some people think the flyover was built as part of Milton Keynes, but it predates the town by twenty years or more. 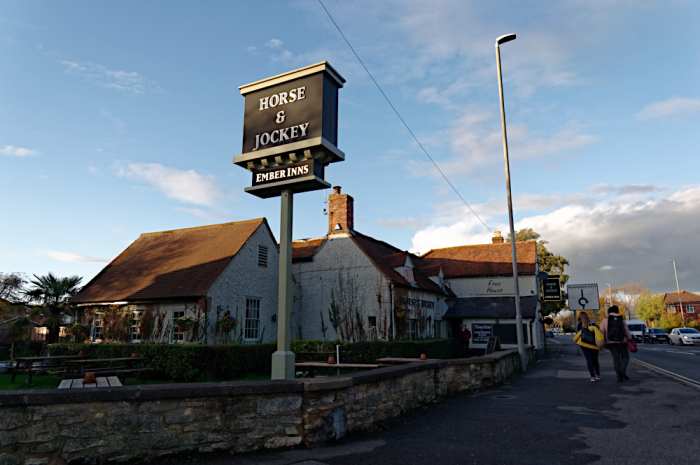 This isn’t so much of a changed road as a changed situation, and for a pub. It’s the Horse and Jockey, in Aylesbury.

Built in the 18th Century, it used to be a half mile walk from Aylesbury. This hadn’t changed much by the 1920s, but I remember passing the pub on my way home from work in the mid 1980s, when it was the last building in Aylesbury before I reached open country.

Back then it was an ABC pub; owned by the Aylesbury Brewery Company, part of Ind Coope. It isn’t the last building any more. When I visited Aylesbury about a month ago, I found the pub half a mile inside Aylesbury’s built up area.