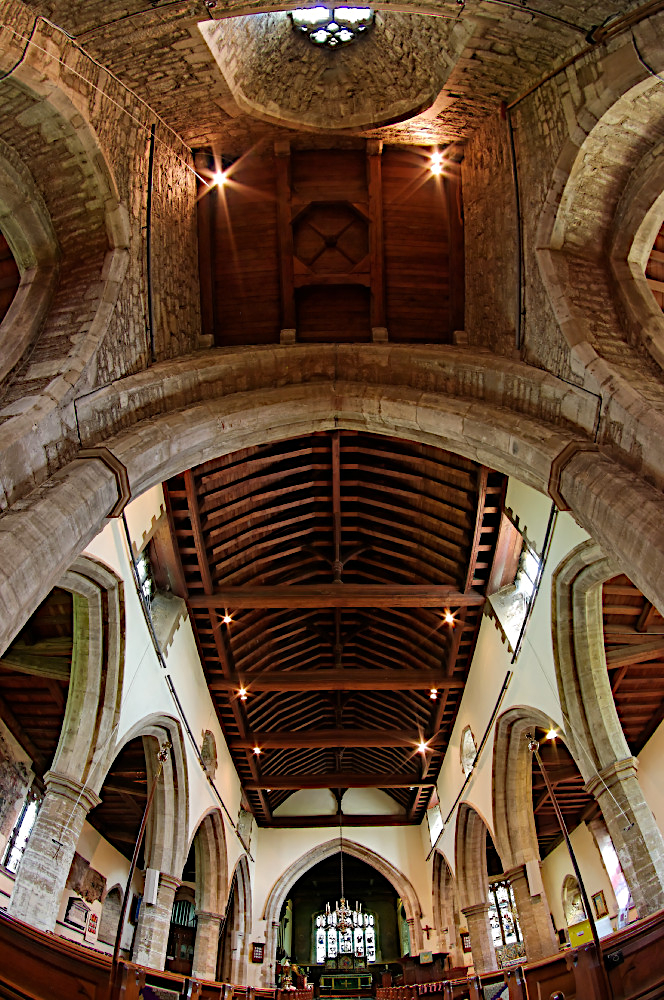 The church of St Laurence, Winslow.

This is the church of St. Laurence, in Winslow. Most of what you can see here was built in the 14th Century. Or was it?

That’s what the 1959 listing for this Grade 2* building says. But according to David J. Critchley, the story is far more complex, and much of the original fabric is older, altered work.

In his paper on the building of the church he says that the earliest parts of the church are two hundred years older. He says that the tower was first built no later than the first half of the 13th Century, though the belfry probably dates to the 1470s. The tower arches were reworked in the 14th Century.

The nave seems to be the oldest part of the church, originally built in the 12th Century but much altered since. He says that the side aisles seem to date from around the same times as the tower.

He thinks that the chancel is 13th Century, but extended in the 14th Century. There may well have been an earlier chancel, as old as the Norman nave.

David Critchley’s paper is in draft form; unfinished until he can gain access again to the church, and of course that depends on what happens with the current pandemic.

But you can see what he’s found so far by clicking on the link above, which takes you to his paper on the very useful and interesting Winslow History website.

What can you tell me about your own local church?