This Tree is Nuts 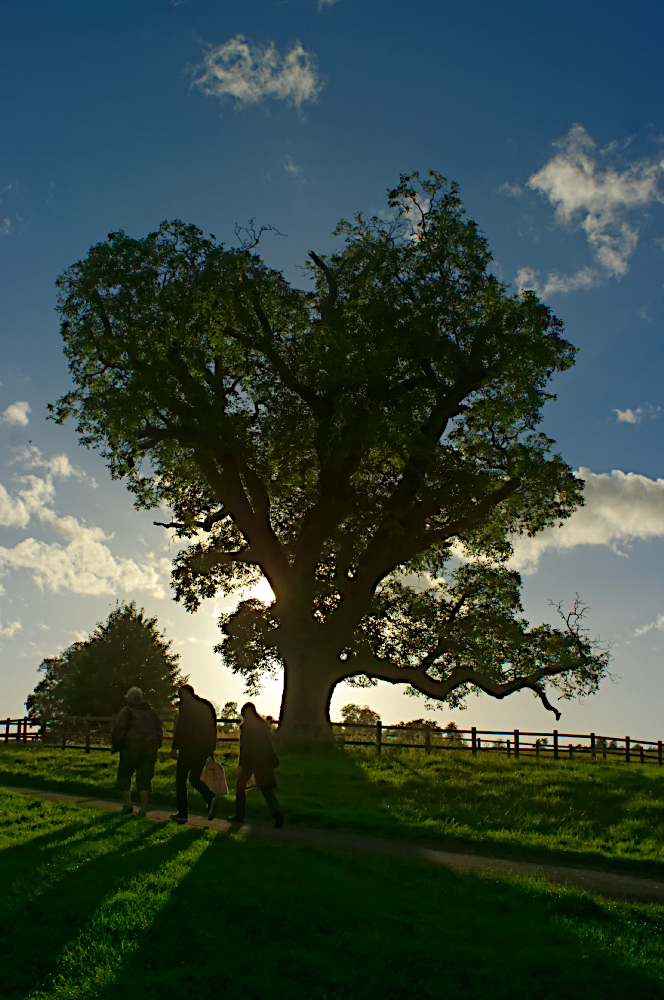 What did the Romans ever do for us? They brought the walnut tree to Britain, because they liked the nuts.

Now we can eat Walnut Whips (they date from 1910), crack the shells for a Christmas snack, and eat big slices of coffee and walnut cake at tea shops. Walnuts are very good for you, but that doesn’t mean a walnut cake is a health food, no matter how nice it is.

This large Walnut tree is one of a pair planted either side of the drive of Gayhurst House, not far from Newport Pagnell. The other tree has had major surgery and last time I looked (this photo is a few years old) was recovering nicely.

It’s believed that most of the walnut trees in the area are descended from these two trees. I couldn’t find out how old the one in the photo is, but it's one of the biggest in the United Kingdom, with a height of about 66 feet (20 metres), and a girth of over twenty feet (6.2 metres).

The girth is measured at five feet above ground level; it would be called the circumference if trees were perfectly round.

This is an English Walnut, but sometimes they are called the Persian or Common Walnut. But the latin name is always Juglans Regia.

Gayhurst is one of North Buckinghamshire’s many lost villages; moved on from its original site next to the manor house, in the interests of having nicely landscaped grounds.