The Mill on the Hill 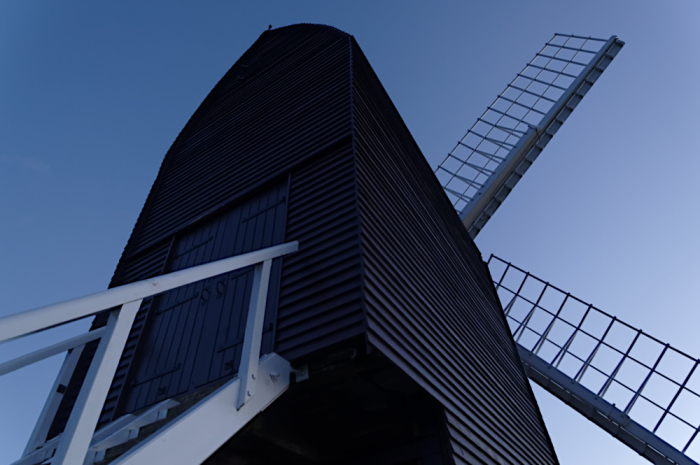 The mill faces into the prevailing West wind.

There used to be two windmills at Brill. The second mill, actually the first to be built, took a lightning strike in 1905 and had to be demolished the following year. The two mills made a nice pair, both being post mills.

Post mills have a massive centre-post around which the entire mill rotates to face the wind. At Brill, the centre-post was about two and a half feet square at the base, and rounded above, tapering to 17” diameter at the top. The post has to be strong enough to hold the weight of the mill, together with the great pressure of storm winds, high up on the hill. 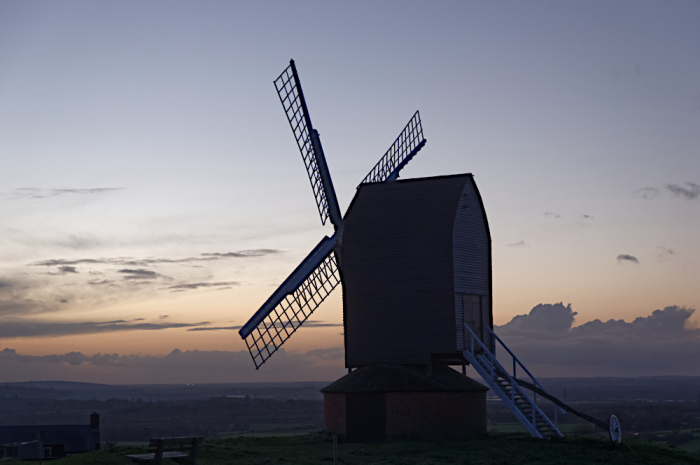 There’s a good view across Aylesbury Vale from the mill.

Originally the hefty triangular braces that hold the bottom of the centre-post were visible on both mills, but in 1865 the mill that we know today was given a brick built roundhouse. it protects the braces from the weather and provides a covered loading bay.

A post mill has to be turned into the wind to operate properly, and sometimes in gales to protect it from damage. Unlike the later rotating cap mills (like the mill at Quainton) which have an automatic mechanism driven by a fantail, this has to be done manually.

There’s a tail pole with a wheel that gives the leverage to turn the mill. It’s hard work which can’t be ignored; Pitstone mill was wrecked when it was caught ‘tail winded’ in 1902. Pitstone mill, now rebuilt, is very similar to Brill. 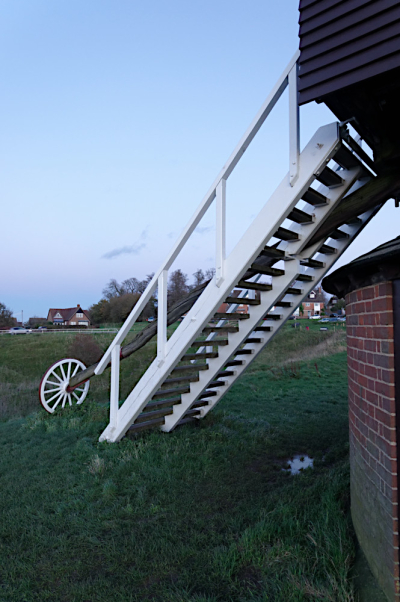 This wheel supports the end of the tail pole, used for turning the mill to face the wind. The task is called luffing, or winding.

The timber for Brill’s post mill was felled in the winter of 1685-6, which means a construction year of 1686, though there’s been a lot of serious repair work over the centuries.

In 1967 the ancient timber frame was found to be in such poor condition that a steel frame had to be installed, but the mill can no longer be rotated; it now faces the prevailing West wind.

The other mill had been a couple of hundred yards due North and had been built in 1634, half a century earlier. Neither mill was the first one here, and the earliest we know about had been built around 1345. It’s an ideal site, high above the surrounding land. 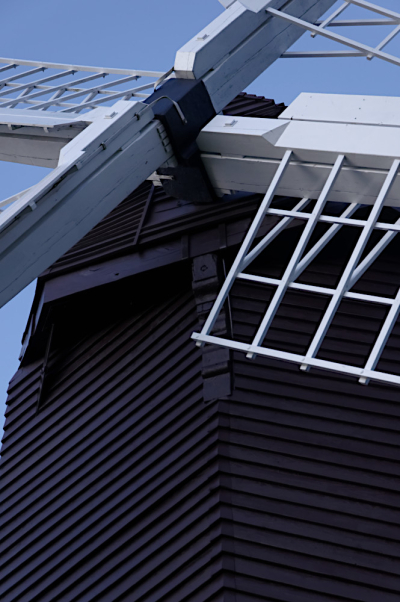 The main beams of the sails are called sail stocks. The metal poll end holds the sail stocks on to the windshaft (not visible here). You might be able to see the copper straps clipped along the sail stocks; these are lightning conductors, a good idea judging by what happened to the other mill.

In normal times the mill is open every Sunday afternoon between Easter and the end of September, but has been closed all year because of Government restrictions during the pandemic. When we get back to easier times, opening times will be on the windmill’s website.

I was able to visit the mill, but not go in, a few days ago before the strict lockdown was reimposed, as the mill stands on a common with a car park just 70 yards away. Even if you can’t get inside, it’s a nice place to visit on sunny days; there’s a great view from the hill. 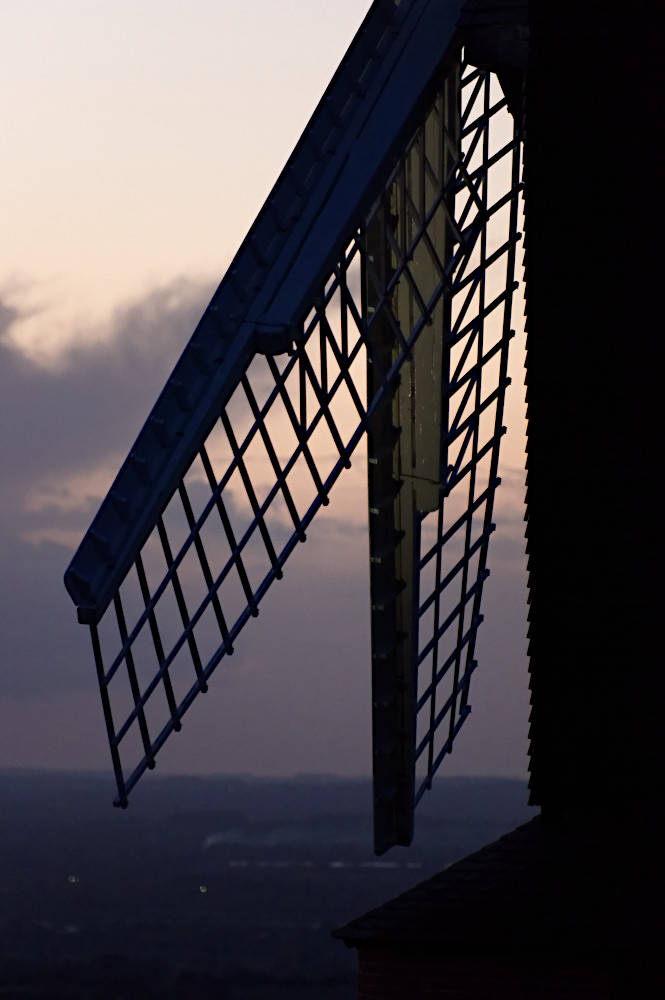 The mill at dusk, October.