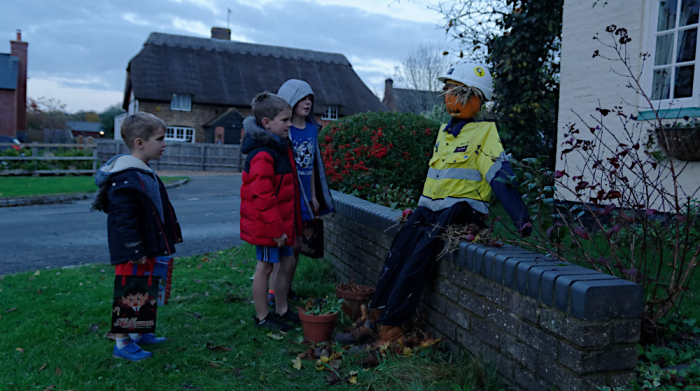 The three boys inspect the first display. No sweets at this one, but they liked this creepy figure of a builder.

This American tradition has taken off in the UK in a big way, and no wonder when there’s free sweets. But how could it go on this year under social distancing rules? This is how Little Horwood did it.

The village arranged things in advance. Householders put out pumpkins and other spooky decorations, and where they were, there was a good chance of sweets too. Children could tour the village looking for booty, but there would be no knocking on doors. Householders would stay inside and not meet the children.

I turned up just as dusk approached, and found three young brothers and their parents who were just about to tour the village. They let me follow them round. 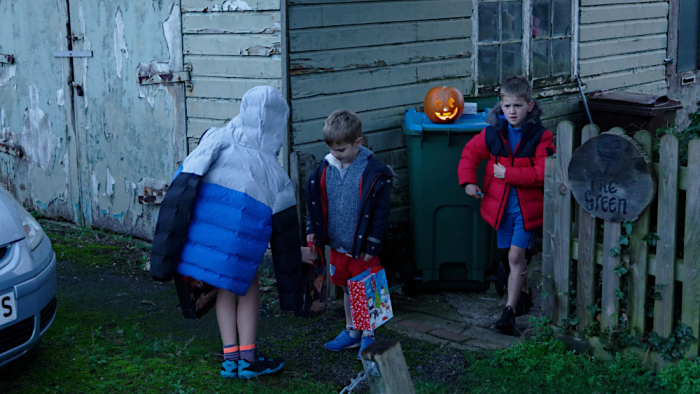 They did better at the next one; spotting a tin full of goodies behind this pumpkin. Yes, the youngest boy has brought a Christmas gift bag to put his plunder in; but that doesn’t matter, it’ll still taste the same. 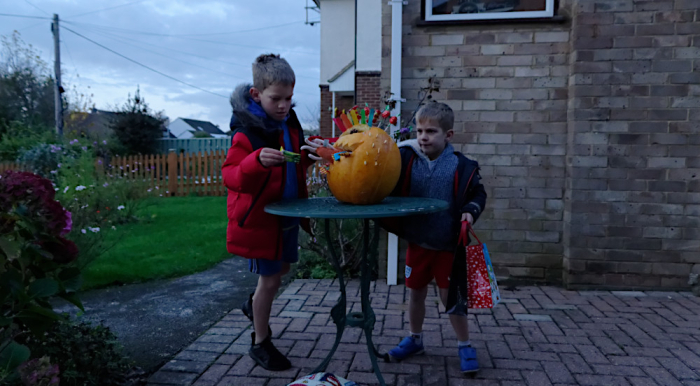 They did well at Dave and Chrissie’s house, and if you’ve been following this project you might recognise this garden from this previous post. Later that evening I visited Dave and we could hear quite a few other children coming up to their pumpkin at intervals, while we sat and drank tea in his living room. 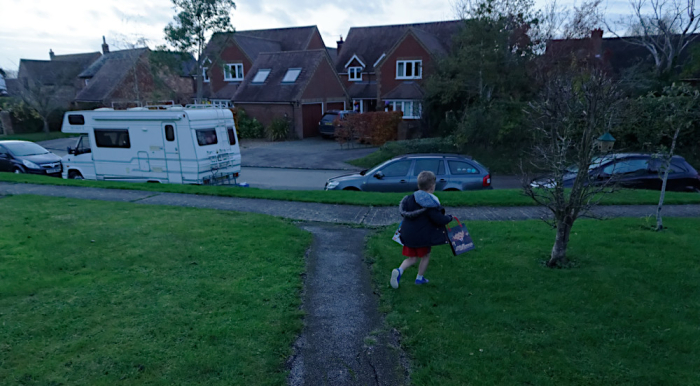 The youngest boy rushes from Dave and Chrissie's to catch up. From about this point I forged ahead, looking for displays so I could be in position, ready to take photos. I quickly realised that doing this I had become the family’s advanced reconnaissance unit. By this stage, the dad had long returned home; the rugby was on. I don’t know how the live match went, but the boys were having a fine time. 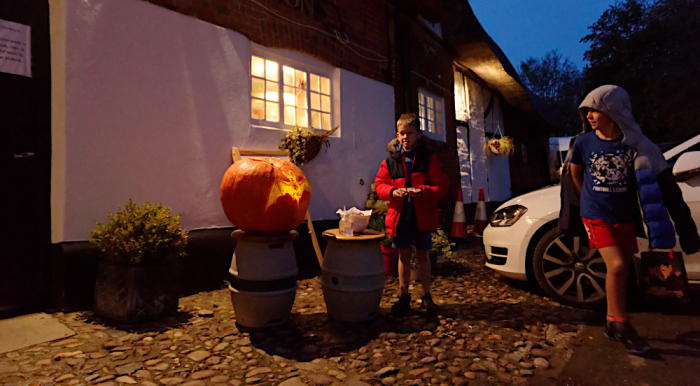 The family had heard about this display at the Shoulder of Mutton pub, and made it their last stop. The pumpkin was the biggest one I’d seen all night, and very finely carved. 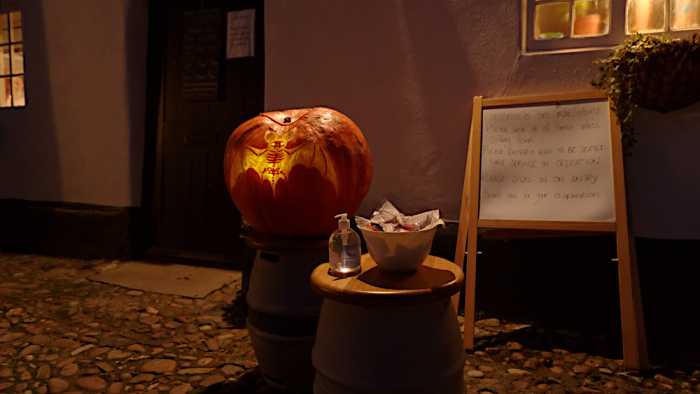 The pub’s display; the pumpkin, the treats, and the hand gel. Behind is a board with a reminder of how the social distancing regime works in the pub.

My other photos from the Distance Project can all be found here. The project, started in April, is to photograph what people are doing differently under lockdown.