On the last day before the second lockdown, I found some of Bucks County Council’s signs in Buckingham. It’s difficult to keep your distance in some parts of this town, where the pavements are extremely narrow and the roads are often too busy to step into. This is West Street.

No Armistice in Sight For Covid.

After a hopeful Summer, we headed back towards a stricter regime. Bucks County Council were concerned enough to take action in October, sending out letters to householders and erecting signs warning about the increasing number of infections.

They were right to be concerned, as the number of cases in the UK had taken off in mid September, followed not long after by the number of deaths. The Government had to do something, and the second lockdown began on the 5th of November, to run for four weeks.

This meant that the Armistice Day ceremonies, planned to be held in a limited fashion, could not go ahead as usual on the 11th November. But I took a walk via the local war memorial on the day.

Now, I take the lockdown restrictions very seriously. I’ve spoken to a couple of people that have had the virus and survived, but they each had five or six weeks in hospital, with hallucinations and delirium, and all of course with a risk of dying. One of them still isn’t back to their previous level of health, after being one of the first casualties back in February.

I went through all that with septicaemia in 2011, and I do not want to repeat the experience, especially as I am now over 60. I do not want to unknowingly pass Covid-19 on to anybody else, either. This is why I’ve kept to or exceeded whatever the current restrictions have been, both throughout this project, and throughout my daily life.

I’ve been keeping an eye on the daily and monthly tallies since about April. While it’s easy to read the statistics and hold opinions about what’s going on, the huge number of fatalities doesn’t quite strike home until it’s somebody you know.

It’s struck home for me; I have a funeral I can’t go to, in December. 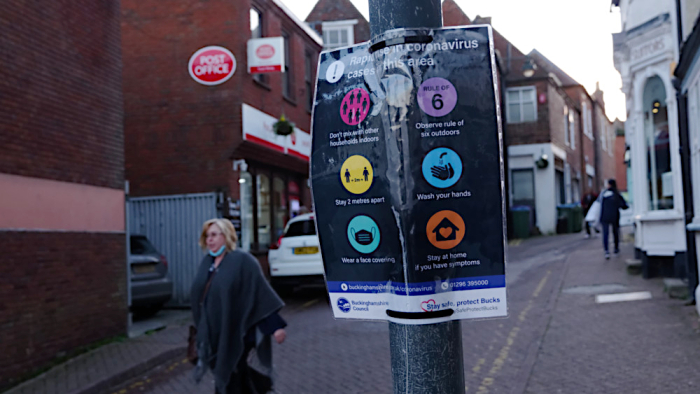 Another sign in Buckingham, this time in Market Hill. 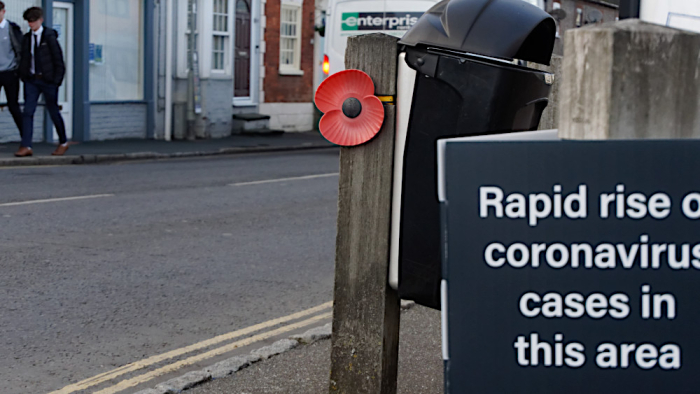 Winslow High Street, near the chemist’s. There's a poppy; this is a few days before Remembrance Sunday. The pavement on this side of the road is quite wide at this spot, but narrower elsewhere; certainly not two metres wide. I expect most small towns are the same. 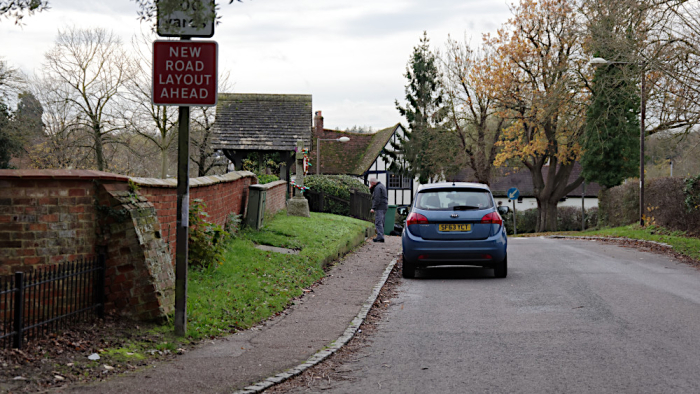 On Armistice Day I waited some distance away from the war memorial. At about ten to eleven, this man parked by the memorial, laid a wreath, then stood silently for a couple of minutes before he drove away. 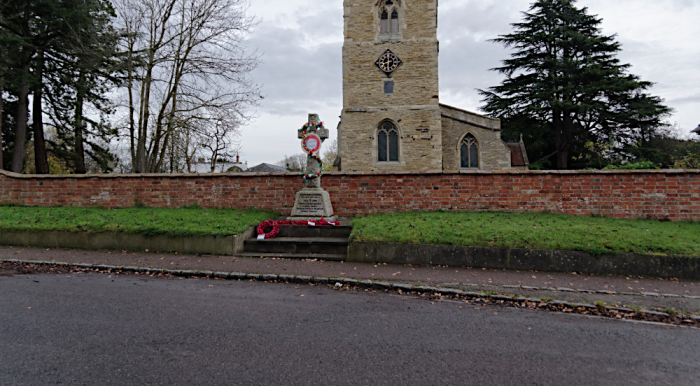 This is just a few seconds before the two minute’s silence at eleven o’clock; Nobody else was there, because of the lockdown. 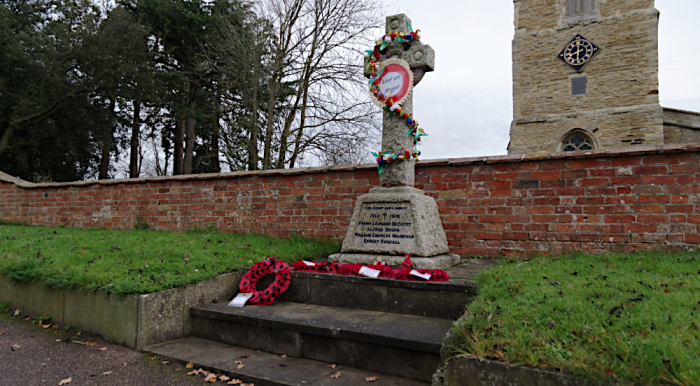 I don’t remember the memorial being decorated like this before, with the spiral flower garland and the wreath hung from the cross. The man in the car left the wreath you can see on the nearest step.

My other photos from the Distance Project can all be found here. The project, started in April, is to photograph what people are doing differently under lockdown.