Our Local roads gradually change over the years, and we soon forget how they used to be. These changes began to affect me when I started riding motorcycles in the 1970s; my first powered vehicles.

Living in Winslow meant I lived right in the middle of the North Bucks Wanderer’s area, though I didn’t know it at the time! Here’s just a few of the changes that have happened in North Bucks, from the 1970s to the early 90s. 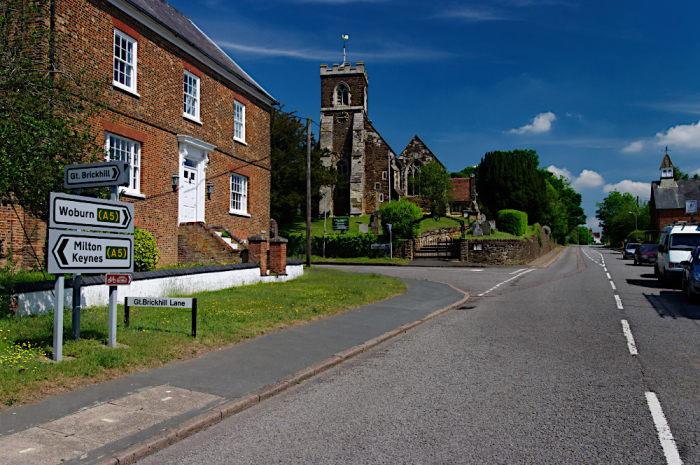 At first I rode a moped, but then I bought a much quicker 200cc Yamaha; I would go out on it just for the pleasure of riding. One favourite route took me North East from Winslow, across to Woburn and the woods. Even then I preferred the back roads, and saw little traffic until I reached Little Brickhill and the A5.

Even for my light and nippy machine, I would have to wait for a gap in the heavy traffic. When I eventually pulled out I would turn right first, then almost immediately left, to take me up Woburn Road by the church to the woods beyond Little Brickhill.

As Milton Keynes grew, the amount of traffic through Little Brickhill increased and the village became a serious bottleneck. So the bypass was built, and opened in 1992.

Before the bypass took all the through traffic away I could not have stood in the road to take a photo like this one without being knocked down. 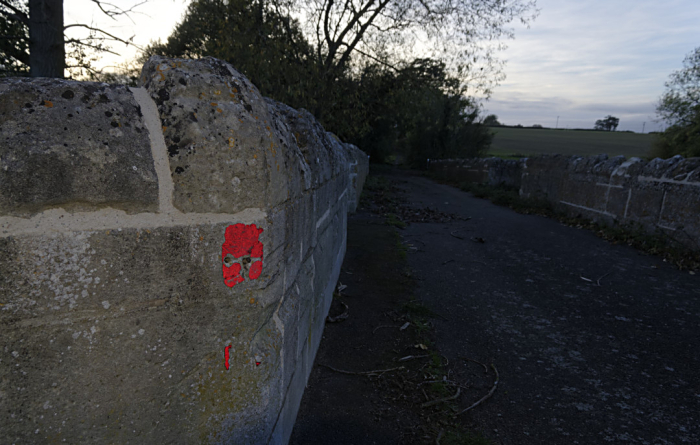 This six hundred year old bridge carried traffic between Buckingham and Bletchley right up until 1974, when a new bridge opened a few yards upstream. The old bridge is only about eleven feet wide between the parapets; single file traffic only.

In daylight it is just possible to see patches of red or white paint on the bridge, but take a flash photo or shine a torch on the paint, and you’ll see it is retroreflective. The paint didn’t stop vehicles putting deep grooves in the stonework, though.

You can read more about this ancient river crossing here; it dates back at least two thousand years. 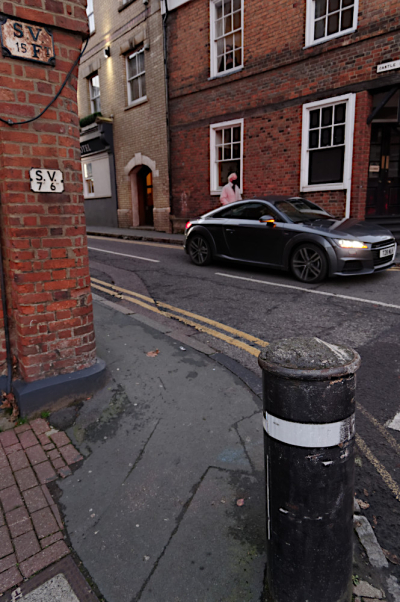 Buckingham’s bypass opened in 1981 or 82, around the same time that I joined local motorcycle club, the Barrel Bikers. Every Wednesday evening I would ride along the bypass, heading home to Winslow from the pub in Wicken, Northants where the bike club met.

Before the bypass, traffic had to struggle through some very narrow roads and junctions in the town. In the centre of Buckingham by the town hall, the tight junction at Cannon Corner would sometimes catch lorry drivers out.

Trying to get round the junction, their trailer would get jammed on the bollard; an old cannon set deep in the ground to protect the front edge of the town hall.

The cannon has long gone, but there’s still a bollard on the corner. The road is rather narrower than it appears in this photo; barely wide enough for two cars to pass each other. 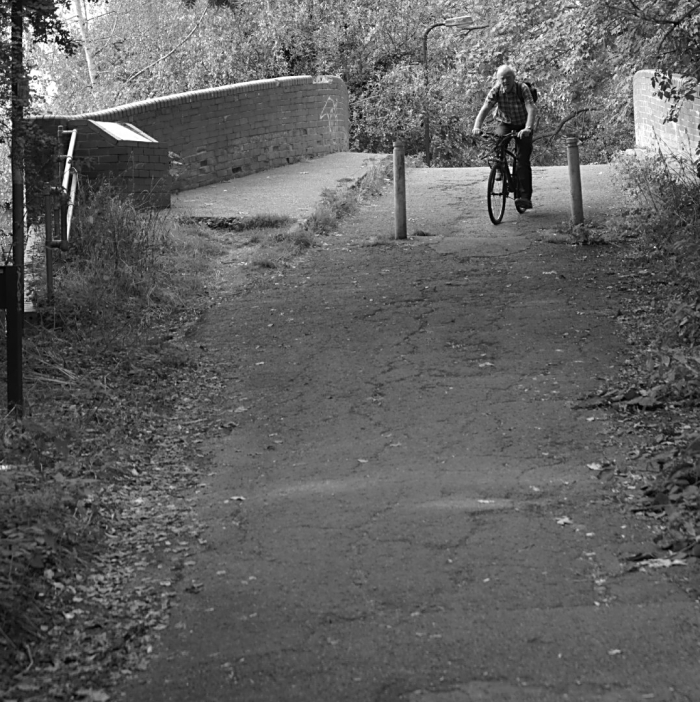 This is the peartree bridge that gave the Milton Keynes estate its name. The bridge had been built when the canal came in about 1800, for the minor lane that went from Woughton on the Green all the way over to Watling Street (V4). On the way it passed a couple of familiar sounding farms; Coffee Hall and Bleak Hall.

You can still walk along most of this lane; it’s now part of the redway network. From the Peartree Bridge estate (1974), it goes through what’s now Eaglestone and Coffee Hall, and at Bleak Hall crosses the railway on the original brick bridge. I wrote about this lane in more detail here.

Sometimes road alterations are quite minor, but they can make a big difference to our lives. What changes have you seen?

I’ll be showing you some older changes to the local roads in a couple of weeks.