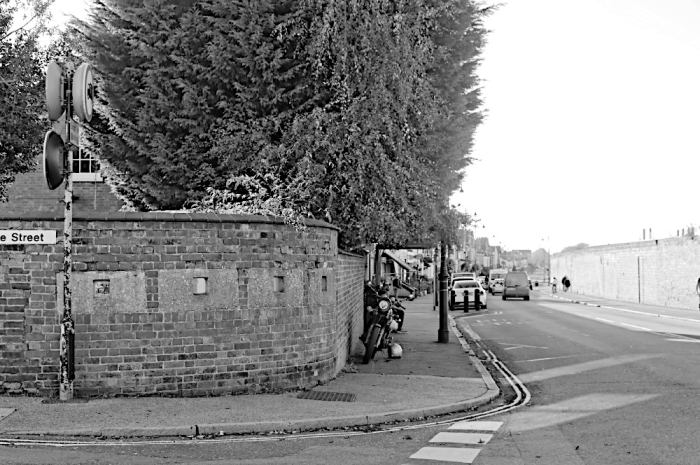 What are these strange little windows set in concrete on a corner in Wolverton? They are loopholes in a pillbox that was built to protect the entrance to Wolverton Railway Works, in World War Two.

The pillbox is on Stratford road on the corner with Radcliffe Street, at the bottom of the garden of the Roman Catholic church of St. Francis de Sales.

There’s a second pillbox on the far corner, partly concealed by the bus stop, and together they covered over half a mile of Stratford Road. The first Germans coming into sight in either direction would get a nasty surprise.

Last time I looked (this isn’t a recent photo) this nearest pillbox had a statue of the Virgin Mary and is nice and tidy inside. The further one has had its loopholes blocked up and is now a very substantial garden shed.

The bus stop that used to partly conceal the far pillbox has been removed since I took the photo.

Do you know of any strange things where you live in North Bucks?