Looking Up, At Aylesbury

Aylesbury is like most towns we go to; we walk through the streets and never look higher than the ground floor. And we miss everything.

Here’s just a few of the things we can see around Aylesbury’s Market Square, if we just look up above the shop fronts. 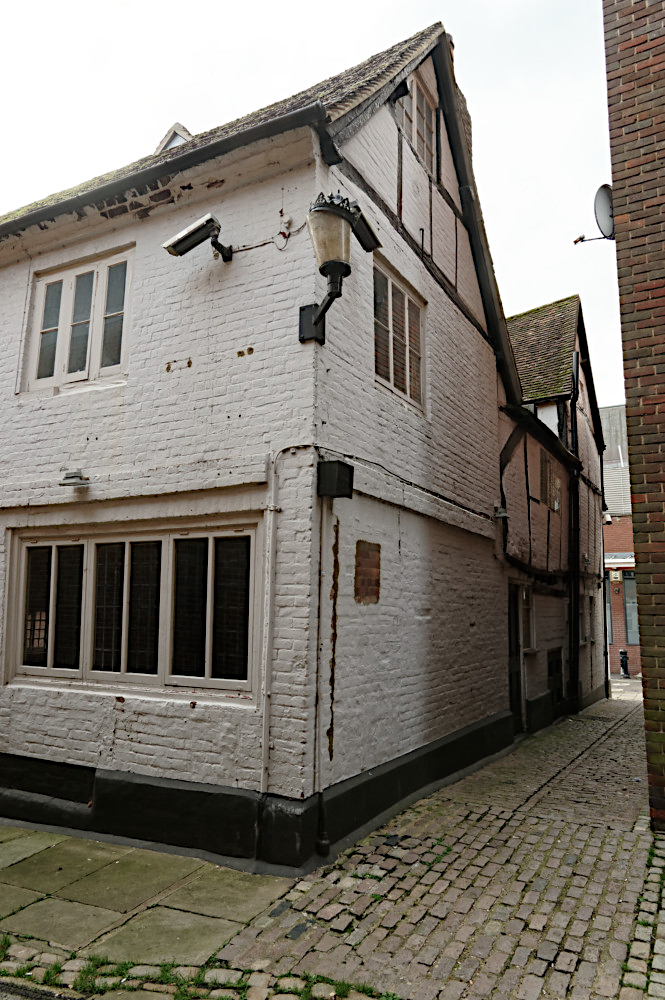 I first knew this building as The Dark Lantern pub, but it hasn’t been called that for quite a while. It is now a nightclub called Pulse 51, that’s also a live music venue featuring rock acts. This means it can’t open during lockdown.

You might not notice as you walk past it down the cobbled alley into Silver Street (far right), but look up and you’ll see this is a 16th or 17th Century timber framed building.

Have a look around the other three sides of the building, which looks to have been constructed in several stages. Quite a lot of it seems to be late 18th/early 19th Century brickwork, but this is where an older timber framed building has been refronted; modernised for the time.

The address is on Silver Street, which once went almost all the way to the top of Walton Street, at the bottom of the Market Square opposite the Bell Hotel. 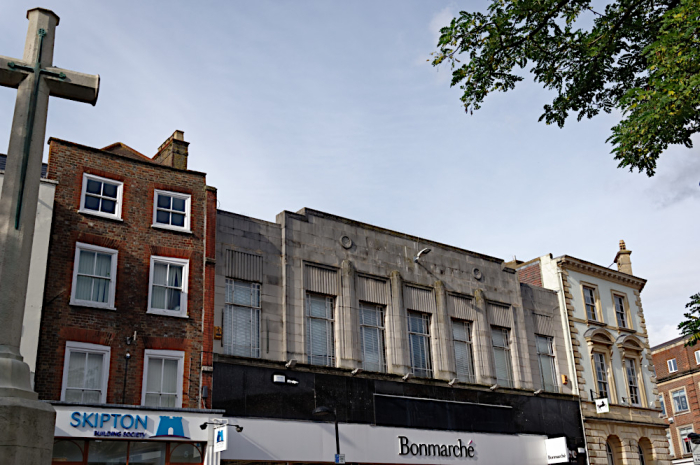 This the top of the Market Square. To the left you can just see the war memorial.

Above the front of the Skipton Building Society (left), you can see the upper floors of the mid 18th Century pub, the George.

Have a close look at the windows. Can you see how the brickwork above each window slopes down towards the centre of the building front? The middle of the building have dropped over the years, and the windows redone with a wedge shaped top to square up the gap.

Far right is Lloyds Bank. This building has been a bank since it was built in 1853. This date is inscribed high above the entrance, with ‘Bucks and Oxon Union Bank’ above.

Just above the entrance (it’s on the corner and out of sight here) is a monogram and the year 1850. This was the year when the Bucks and Oxon Union Bank was formed. This bank lasted until 1902, when Lloyds Bank took it over.

But I can’t find out anything about the building in between these two. Unlike them, it isn’t listed and seems to be from the 1920s or 30s. Anybody know? 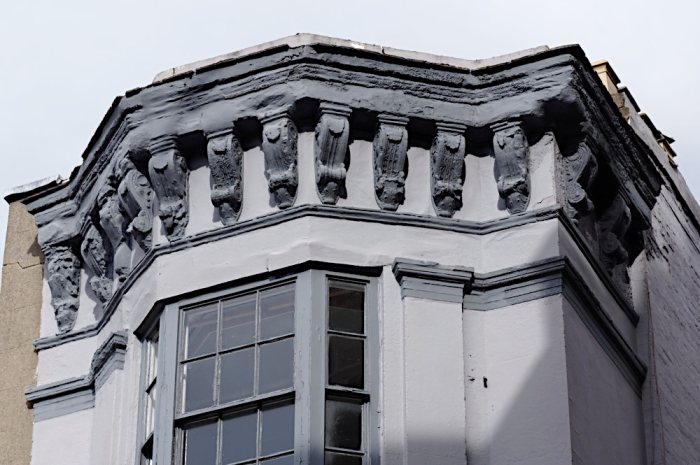 At the bottom corner of the Market Square, near the arches that house the David Bowie statue, is this tall narrow building, 36 Market Square.

It isn’t particularly old (it’s 18th Century) or has as far as I know, any unusual history attached, but it is a nicely proportioned building with some interesting and pleasing features.

Just to get a building of these proportions to look as elegant as this is a feature in itself, and the form of the top edge is an important part of the design.

The very top part of this building is called the entablature, and it’s supported by those deep brackets, all carved with acanthus leaves. These leaves were a popular form of decoration for many centuries. 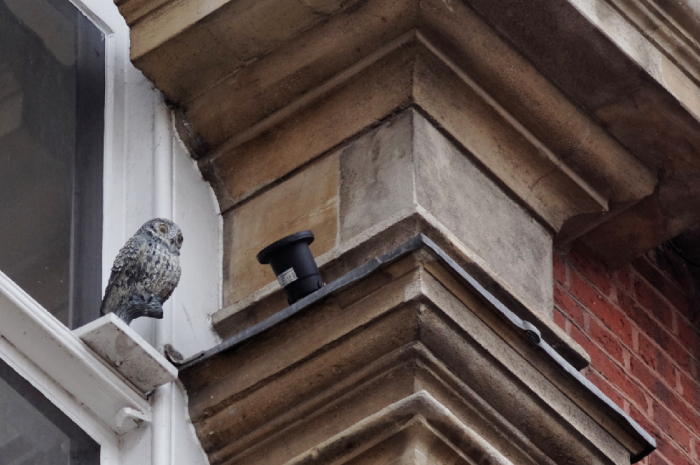 This plastic owl has been on the old County Hall at the bottom of the Market Square for quite a few years, a passerby told me. I suppose it’s there to deter birds from nesting on the building. You can see it on the first floor, in the middle window frame of the centre section of the building.

High above the owl on the top edge of the Old County Hall are three stone urns. When the building was rebuilt after an arsonist set it alight in 1970, another urn was too heavy to be put back in place. Instead it sits at ground level at the back of the building.

Walk down Walton Street past the Bell Hotel and The White Swan, you can see this urn to your left. It is just by the end of the Buckinghamshire County offices, and you can go right up to it.

The urn probably weighs a couple of tons.

I’ve made quite a few other posts about Aylesbury. Just enter ‘Aylesbury’ into the search bar above right. 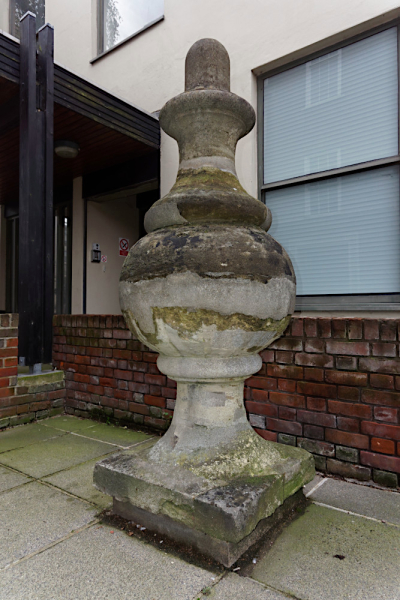