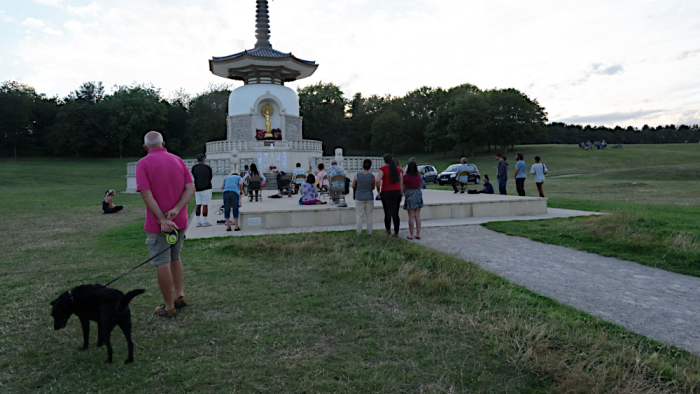 There’s a moment between the end of the first part of the ceremony and the procession down to the lake, where nothing seems to happen. They are just getting organised, but with only 18 lanterns instead of 200, they’ll soon be on their way.

Lights on the Water.

The Hiroshima Day ceremony at the Peace Pagoda, by Willen Lake in Milton Keynes was officially cancelled this year. I expected a small invite only ceremony of a similar scale to the Pagoda Ceremony, back in June; there had been just six there.

But I was wrong.

Quite a few a few more people had also turned up to see if anything was going on, to make a total with the invited folk of around two dozen.

It would not be the Buddhist thing to turn them away, plus the pagoda is on public land. So they stayed. In previous years there has been well over 120 attending.

Usually, 200 lanterns are made for the ceremony, but this year there were just 18 and it didn’t take long for them to be taken out to the water. When there are 200 lanterns it’s dark by the time the last ones go out, but this year dusk had only just started to fall when the Buddhist nun led a final bow towards the water, at the end of the ceremony. 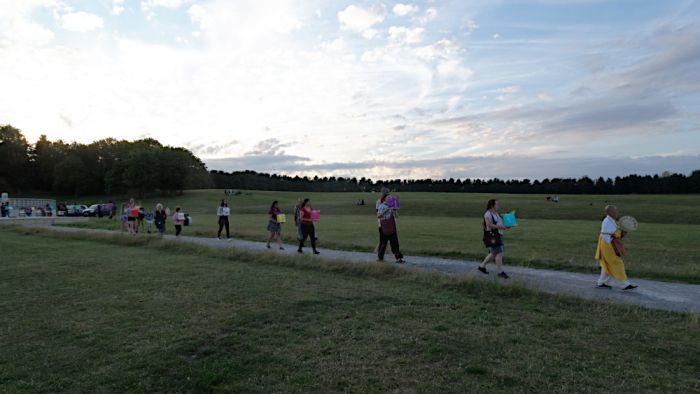 The Buddhist nun lead the way down to the lake edge; it’s a very minimal ceremony this year. Other groups are in the public park, too. 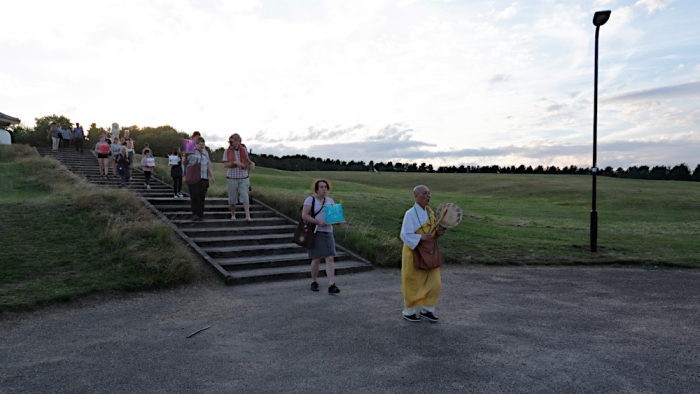 Usually there are more than 120 people and 200 lighted lanterns. 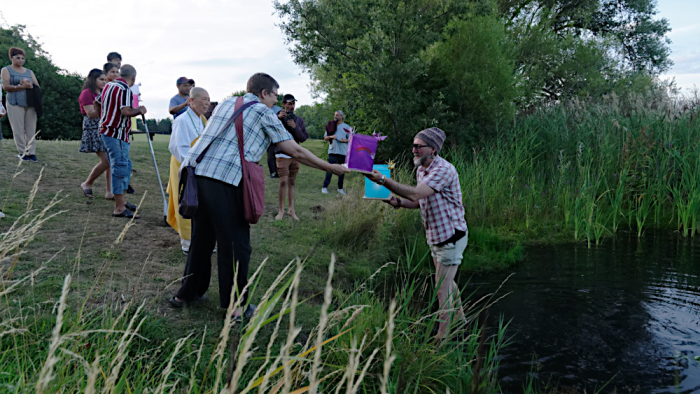 The first lanterns are handed across to go out to the water. 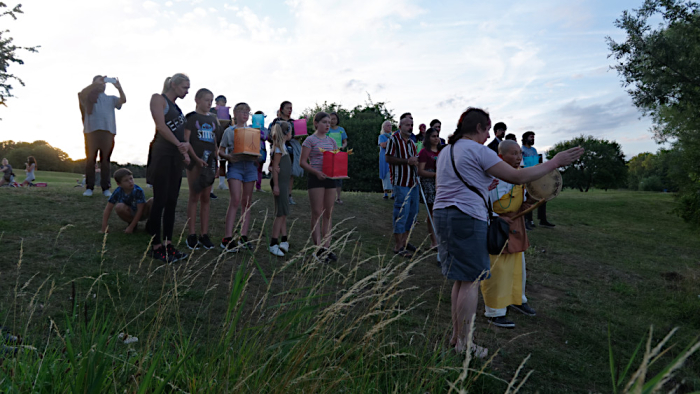 In normal times the bank is covered in people holding lanterns, all crowding down to the water line. 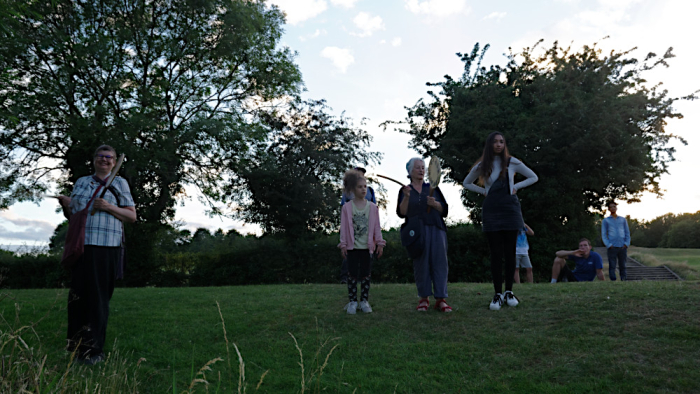 The drums are beaten and “Na Mu Myo Ho Ren Ge Kyo” is chanted throughout this part of the ceremony. 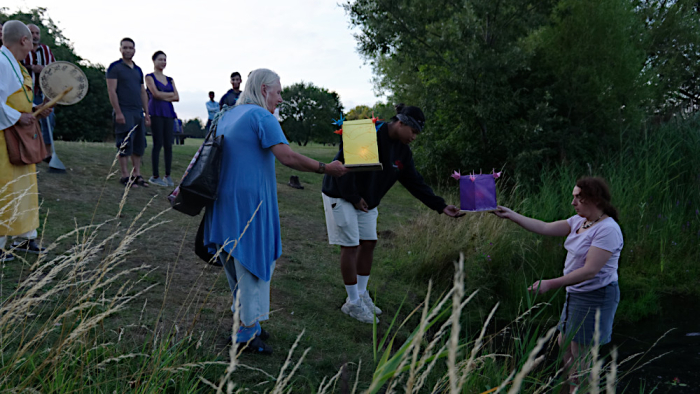 Lanterns are handed over at arm’s length. 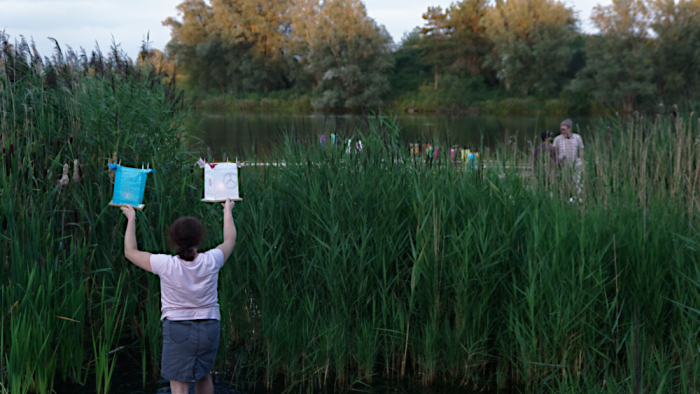 Temple volunteers take the lanterns out to the middle of the lake. they’ll have to wash their legs and feet later; the water isn’t very nice. 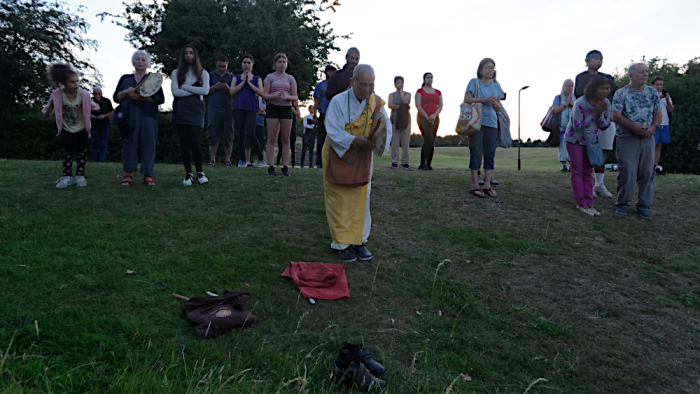 A final bow in reverence to the souls of the victims of the Hiroshima atom bomb, and the ceremony is finished; more than an hour earlier than in previous years.