From East to West One of the great supporting piers at Bletchley. You can see the scale of it from the two men just visible at the top.

Across the middle of North Bucks, the rebuilding of the 1850 railway is steaming ahead. Many local roads have been closed while works are carried out for the East West Rail project.

The project will create a rail link between Oxford and Cambridge, much of it on the routes of long closed lines, though there will be a brand new stretch of line on the far side of Bedford.

Often, it seems, the road are closed simply to keep a safe distance between workmen and the general public, but at Bletchley the road is closed while the 2,000 feet long railway flyover is being extensively rebuilt. The flyover was first in use in 1959.

The great piers are remaining, but a huge crane has been lifting the heavy concrete spans away one at a time. The first span was lifted in two parts, as it weighed 295 tonnes.

Each span is placed on a huge lorry and taken round the corner to the compound on Water Eaton Road, where it is demolished.

There, the concrete spans are broken down into hardcore, and the steel reinforcing rods are sent for recycling. Each span sat on rollers to accomodate for seasonal movement, but the rollers were in very poor condition and needed replacement.

New spans will be installed between the piers.

The flyover, built to take railway traffic over the West Coast Main Line, had been out of use for years. Trees and shrubs had set root.

Out to the West, embankments and cuttings are being cleared and checked. 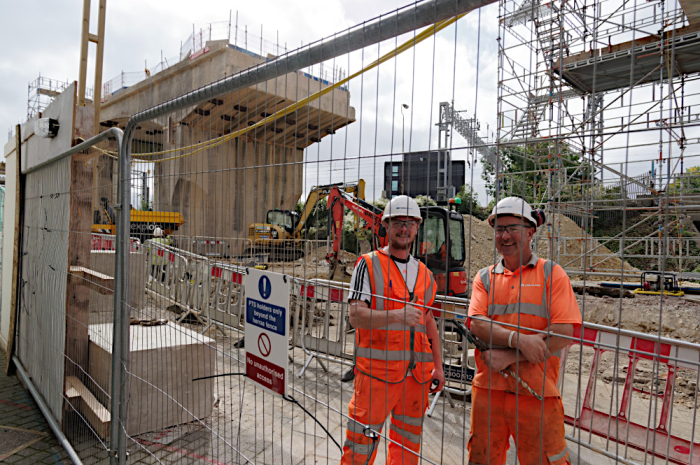 A workman from Bolton (left) and one from Wigan. They work here all week and go home at weekends. 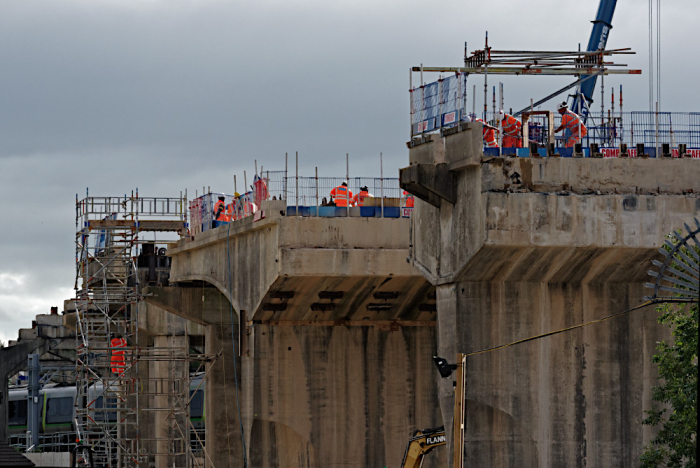 Preparation works on top of the pillars.

At Winslow, Featherbed Lane to the West of the town was closed for some weeks, but it’s now open again. The cutting between the bridge on the lane and the bridge at Buckingham Road is now cleared. This is the view from the Buckingham Road Bridge at Winslow, from close to the spot where I photographed workers clearing trees and shrubs from the cutting. The brick bridge over Featherbed Lane a quarter of a mile away is clearly visible, now the old iron foot bridge has been removed. But it was still there a few weeks ago.

I didn’t realise at first when I visited Winslow, but the old iron bridge that took the footpath across the cutting has been removed!

As an uncouth boy in the 1960s, I often stood on the bridge, leant over the side, and tried to hit the rail with spit. A charming occupation…

I can see where the bridge used to be, because the gate on the edge of the cutting is still there. But of the bridge there is no sign. I expect that a replacement will be installed, but probably not until the new railway lines are laid.

There are big changes at that end of Winslow. Fields next to the cutting are becoming housing estates, and a new station is to be built.

Between Mursley and Little Horwood the bridge over the cutting is closed, as is the bit of road from the bridge that goes down past the old Swanbourne station. I do not think that there will be a new station there; diagrams I’ve seen don’t show any stations between Bletchley and Winslow.

Services are due to start running in 2024, says East West Rail. 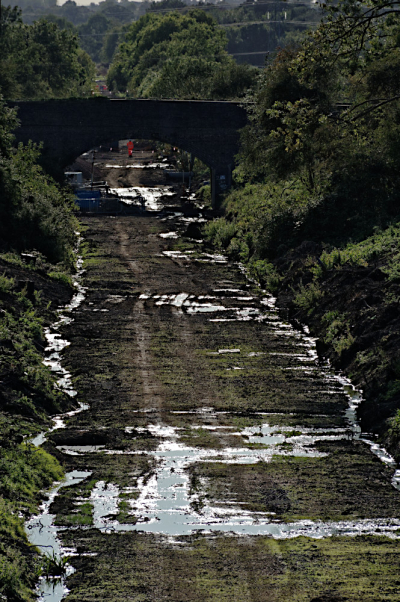 A closer view of the Featherbed Lane bridge. You can just see a workman through the arch. 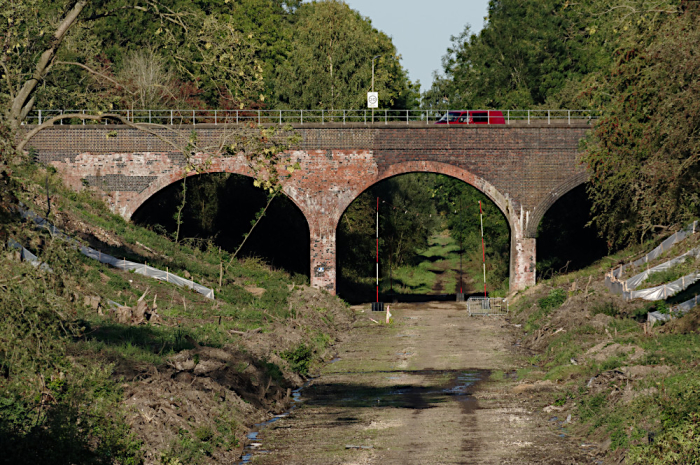 Looking back at the Buckingham Road bridge from Featherbed Lane. 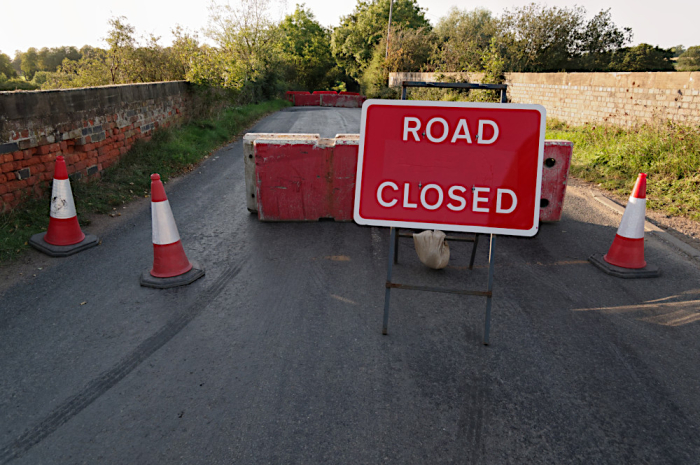