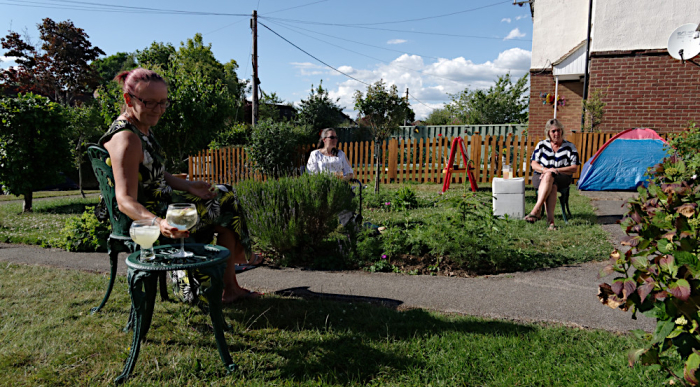 Lewis took over the pub with his daughter Tia in February this year, and they haven’t yet opened it under normal conditions. But the pub is now opening, following government guidelines.

Details of opening times are here. They say that booking is highly recommended on Friday and Saturday evenings, or for larger groups.

You can see all the other Distance Project photos I’ve put on the North Bucks Wanderer here, In the project I'm photographing what people are doing differently under lockdown. 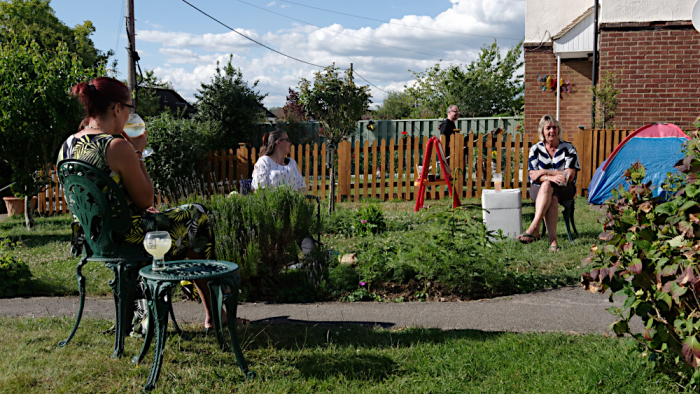 A neighbour walks by. 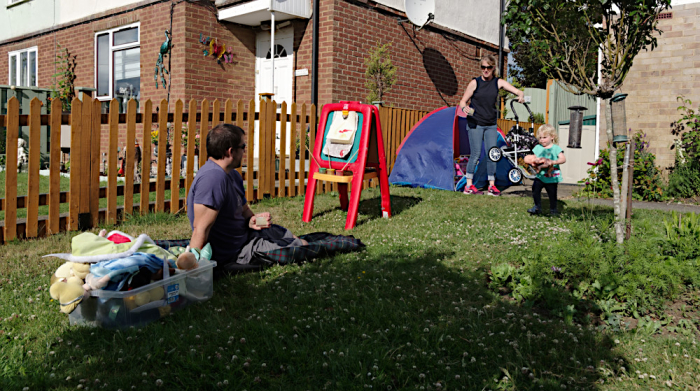 Young families come up so their smaller children can play in the garden. There’s a tent full of toys (which you can see in the previous shots) and an art easel. It’s one family at a time, and everything is cleaned carefully before the next family can come and play. 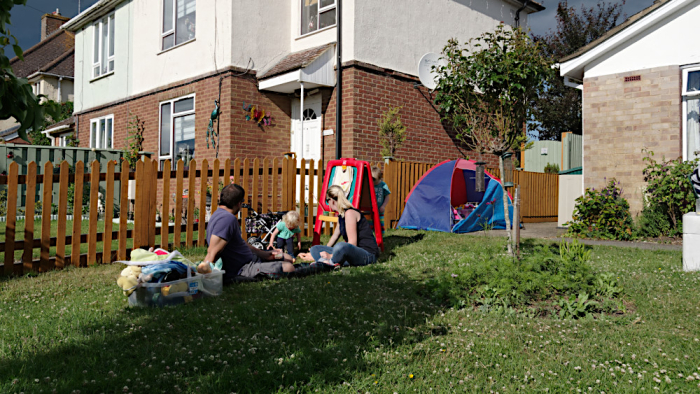 Just about out of shot, gin o’clock is still going on. But the sky is getting a bit dark. 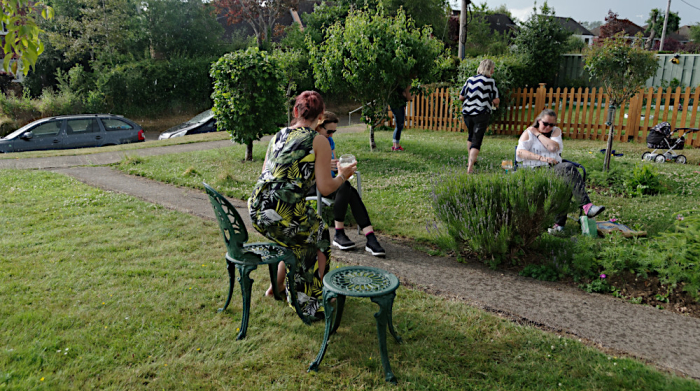 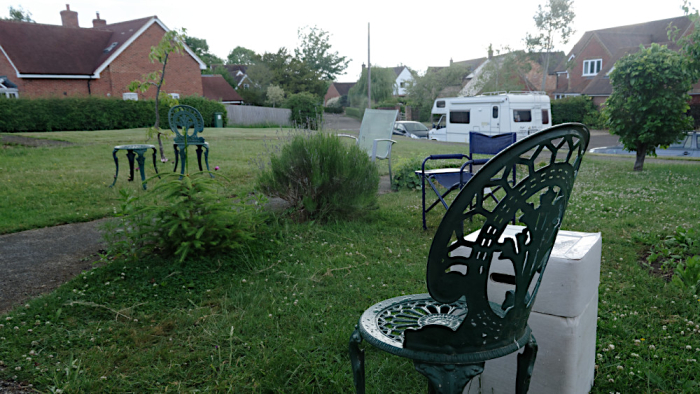 A few minutes later everyone else has gone; I’m out here on my own. 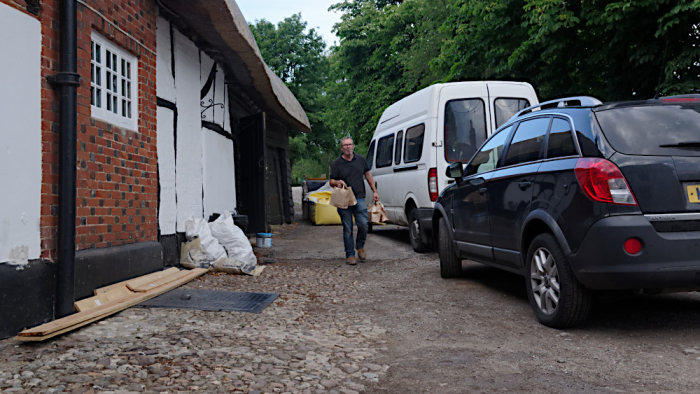 Lewis came back to the pub a minute ago. Now he’s bringing out orders for the next run. 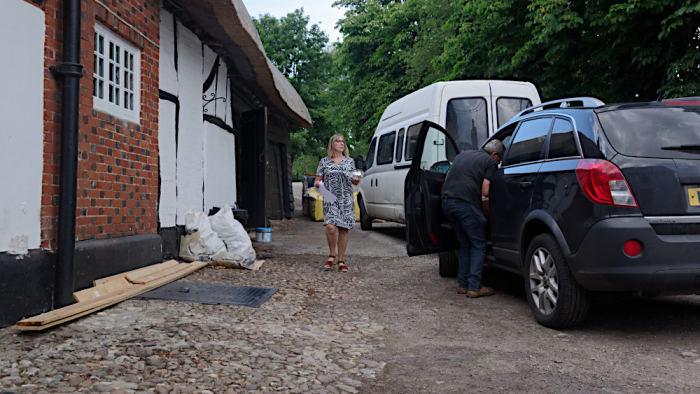 Lewis loads up the car. 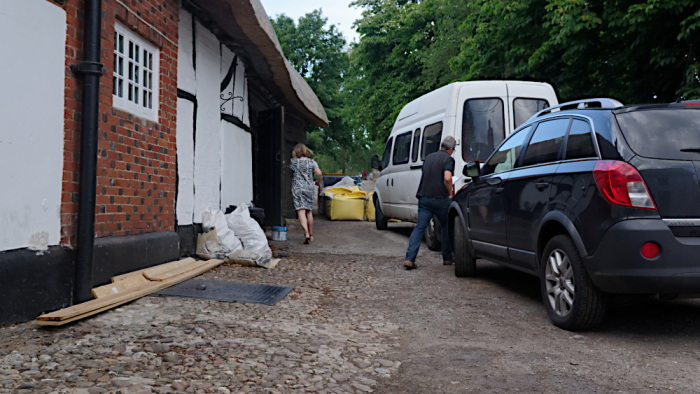 Less than five minutes after he arrived back at the pub, the car is reloaded and Lewis hurries round to the driver’s side of the car for the next run.