The Rules are Relaxed 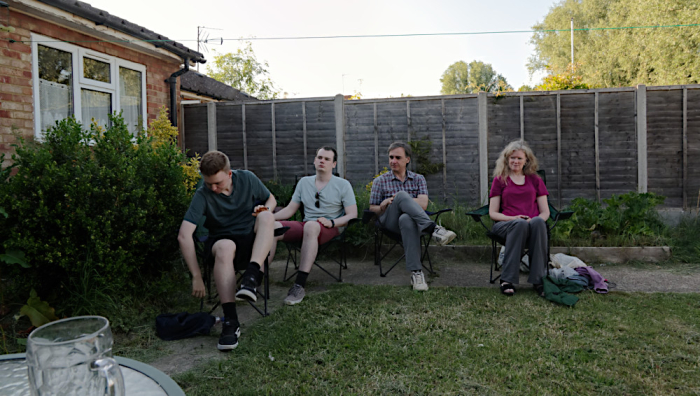 My sister in law has been bringing “the boys”, my nephews, to see me nearly every week since they were babies; they are now 19 and 21. With the lockdown in place, this couldn’t happen. But with the changes to the restrictions, the whole family came to see me on Tuesday.
They brought camping chairs, biscuits and drinks, I sat at my garden table. It was great; nothing beats seeing the people you care about, face to face.

Some lockdown restrictions were relaxed on Monday, so there’s been a few changes in behaviour. The more vulnerable are allowed to venture out, though there are still some curbs on what they can do. Visitors in the garden are now permitted. Meanwhile, I take my car to be fixed. In the project I'm photographing what people are doing differently under lockdown.

(Edited, September 2021)
This is just one of many posts from The Distance Project. That link will take you back to the very first posts, but if you want to see them in reverse order, just click on the link in the categories list that's on every page. The project ran from April 2020 to September 2021. 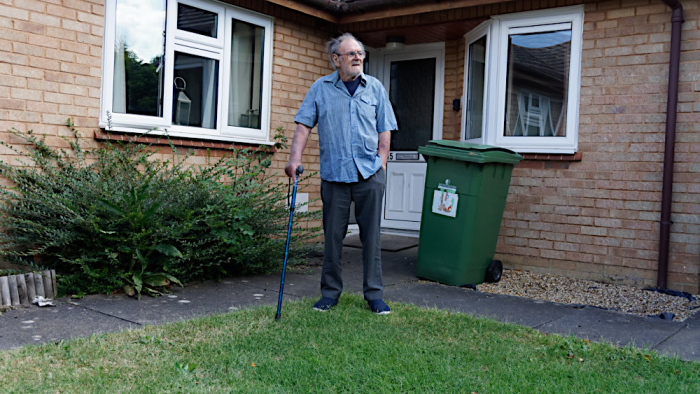 I photographed Graham Stringer on his birthday, on Monday 1st of June.
He has been confined to his home as a vulnerable individual until today. But now things have eased he is allowed to go out, but he is still wary and this is as far as he is prepared to travel from his front door.
Graham is another photographer. 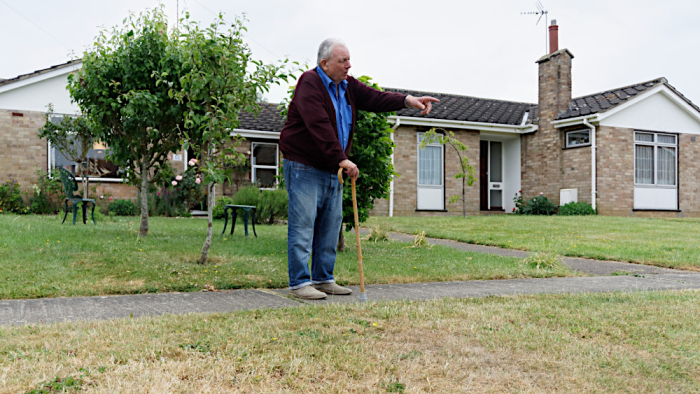 Dave Beckett outside his bungalow. He came out when he heard a proper bike (mine) go by; it’s an old British bike. Things are easier since Monday, but he said that previously he’s been doing what he was told. He was telling me about what’s been going on in his village since the lockdown began. 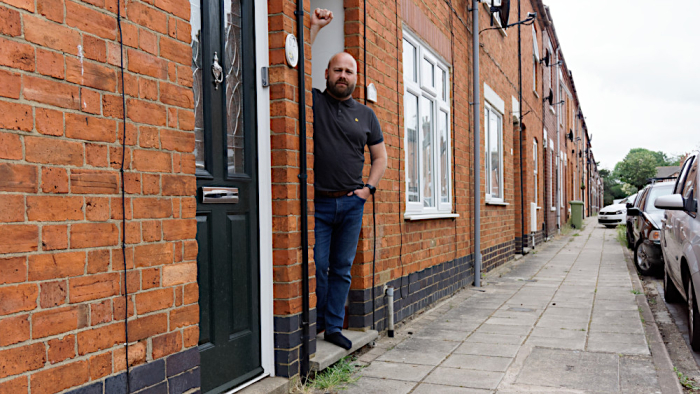 Andrew Jolly is a wedding photographer, and because of the lockdown, most of his wedding jobs have been rearranged for next year. But he has not been idle, photographing key workers and their families on his own lockdown project, called Not Every Superhero Wears a Cape. Andrew also photographs houses for estate agents, and that’s picking up again now.
Andrew photographed the families on their own doorsteps while keeping his distance, so I asked him to stand on his doorstep for this photo. 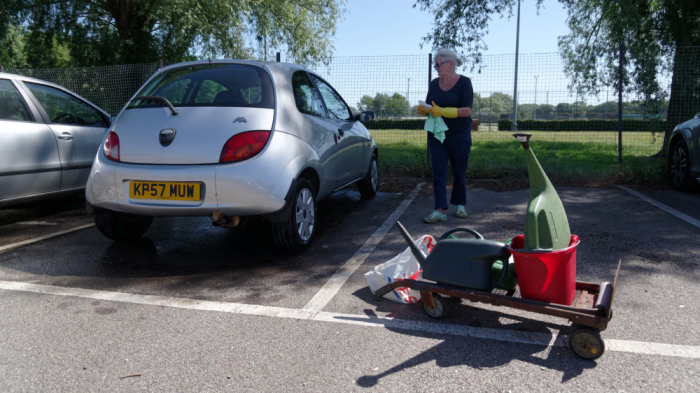 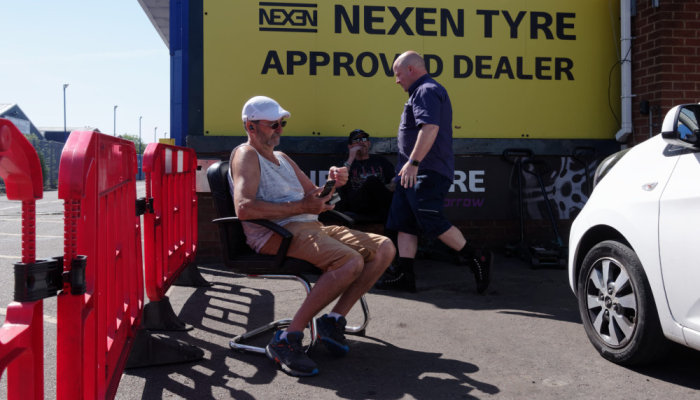 The social distancing waiting area at The Garage, Wolverton. James (standing) deals with the customers. I’m there for two tyres and an exhaust pipe. 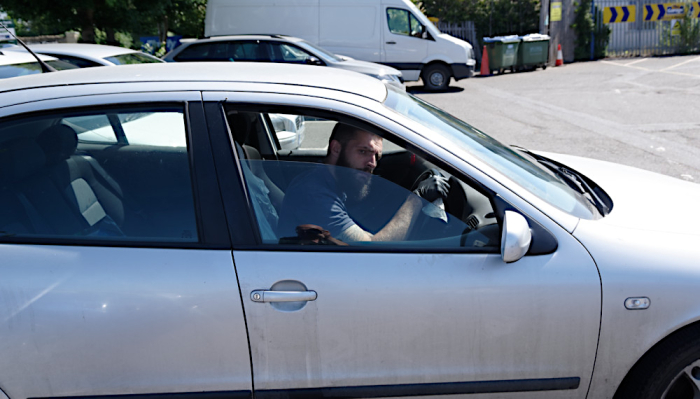 At The Garage, fitters wipe down the controls, wear gloves, and put a protective plastic sheet over the driver’s seat in customer’s cars, then when they are finished on the car, remove the sheet and wipe down the controls again.
This is my car, and I should really follow Christine’s example above and give it a jolly good wash. The marks under the door handle are from where I’ve disinfected the handle with surgical spirit. James prepares my bill, behind perspex screens. In normal times this is the waiting room with six or seven chairs, but now it’s just one customer at a time.