Still in that armchair? Had enough of television and the same old view from the window?  Time for some more armchair exploration, with a look through your old family photos.

What might you find? Perhaps you don’t realise it, but things change all the time. If it’s something you see every day, like your garden or the clothes you wear, the change is so gradual you might not notice it at all.

But start exploring the past by looking through those old photos and you’ll soon start to remember. When I looked through my family photos again I found a few things that jogged my memory; things I hadn’t thought about in years, or had never noticed before.

For example, this is what I found... 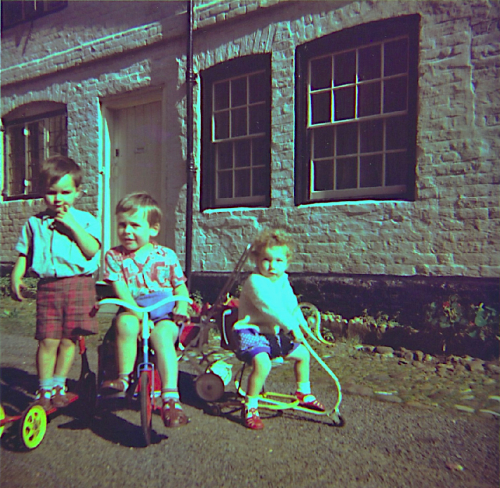 I’m on the tricycle between my brother and cousin, not too far from where we all lived in Church Street, Winslow.

We are all wearing sandals. Us boys are wearing shorts, and shirts with buttons. My cousin seems to be wearing a dress and a cardigan. Bare knees all round.

I was a young speed demon on the tricycle in Church Street. You can read about it here. 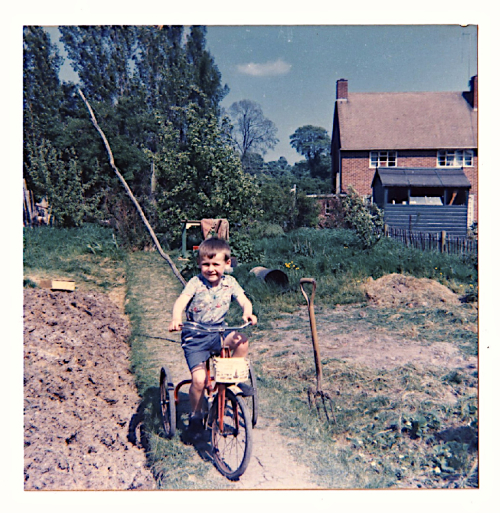 In October 1963 we moved to a new house, in Demoram Close in Winslow. It had a great big garden; a huge improvement over the tiny yard of our previous house.

The garden needed some work when we moved in, and Dad set to. He made two thirds of the garden (left of photo) into vegetable beds. The other third was to be lawn, for us three boys to maraud around on. The pear tree behind my head had been planted by the previous tenant.

A couple of years had gone by, and I’m wearing a similar outfit to the one I had in the Church Street photo. But it’s a different, bigger tricycle. 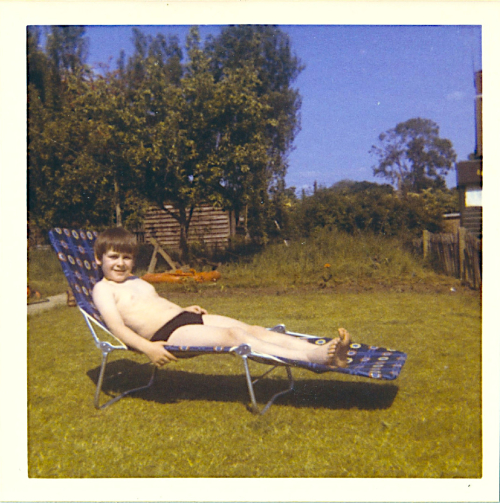 We have a well established lawn. I’ve grown, and so has the pear tree. I’m posed on my mum’s sun lounger. The upside down ‘V’ shape under the pear tree was the sawing horse. We used it with all sorts of wood offcuts and planks to build camps in the garden. 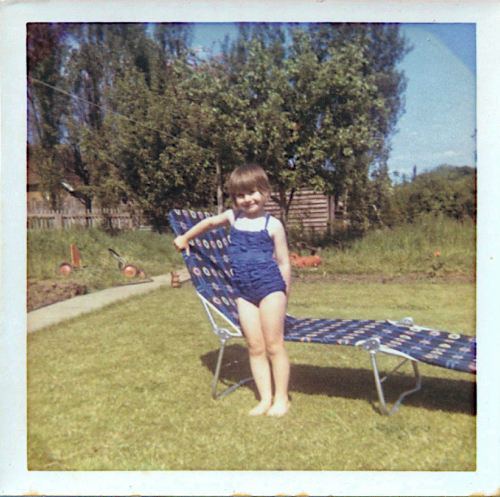 I remember her blue seersucker swimming costume (and my brown swimming trunks in the previous photo). On the left, just below centre, is my pedal car. Until I scanned this photo and looked at it blown up to show you here, I didn’t know I had a photo of it. I could hardly remember what it looked like.

The concrete path has now been in for several years; Dad laid the paths pretty soon after we moved in. You can see the corner of the vegetable bed. 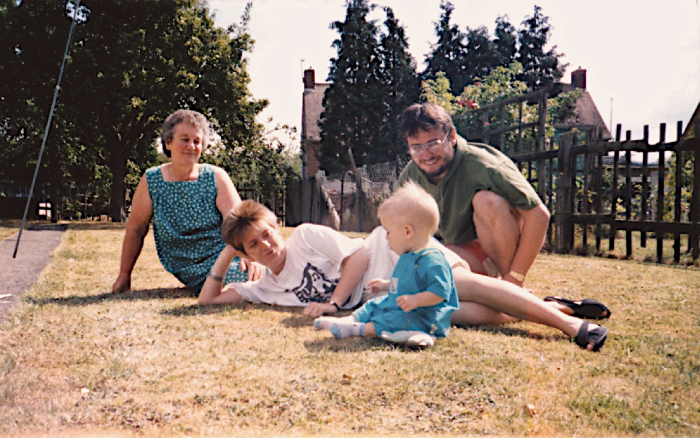 I know the date because it was Mum’s birthday. The pear tree is a bit taller again, and the trunk is much thicker. It had been a dry summer, but the lawn would recover. Most of the garden was now lawn and a new generation of children to play in it on the way.

The chestnut paling fence we could see on the right of earlier photos has been replaced. 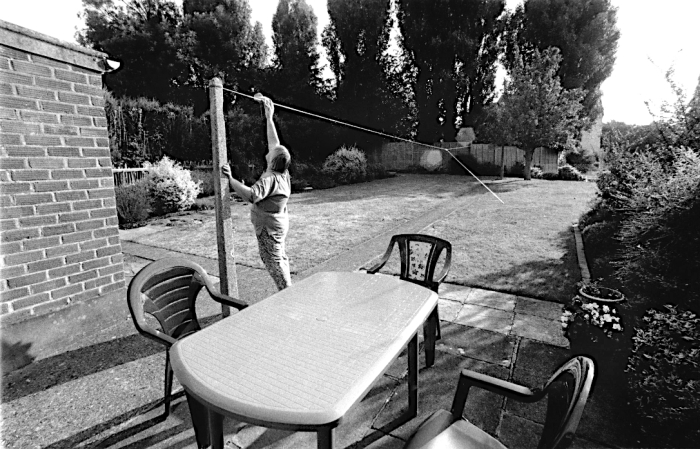 The pear tree hadn’t really grown, though the trunk had grown a little stouter. The garden was now a low maintenance set up; mostly lawn but with well established shrubs.

The concrete paths, then over forty years old, are still in good condition. Close to the camera, a patio has been laid, for family gatherings.

This is the last photo I have of this scene; a new young family moved into the house in 2007.

Now I’ve shown you how to explore your own past, what can you show me? Maybe you can show several photos, or just one. But please tell me all about it.

If you have a picture on a photo sharing site like Flickr or Google Photos (said to be good for smartphone users) you can just copy and paste the web address straight into your comment here. You can scan or re-photograph old prints first, of course.

But if you prefer you can put photos into a comment on the North Bucks Wanderer’s Facebook page. All the photos I get from comments or Facebook will appear in an edited and extended version of this post. 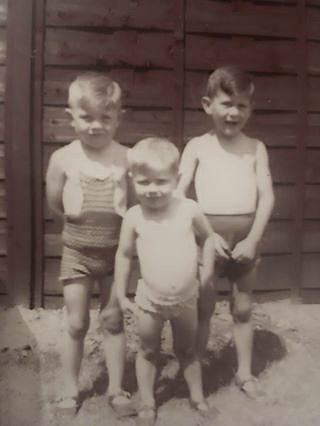 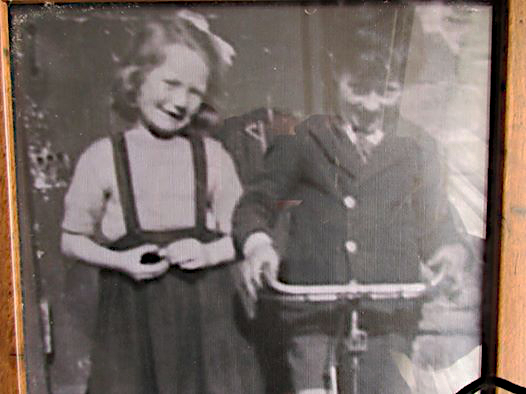 "Me and my cousin Brenda", says Julian Smith.

Lovely thank you Roger, is that Jayne with you in one of the first photos, as Steve was a baby then; I was pregnant with Vincent. xxxxxxx

Yes, Doris, that's Jayne. The door in the cottage behind us has now been changed to a window, according to Google's Street View.