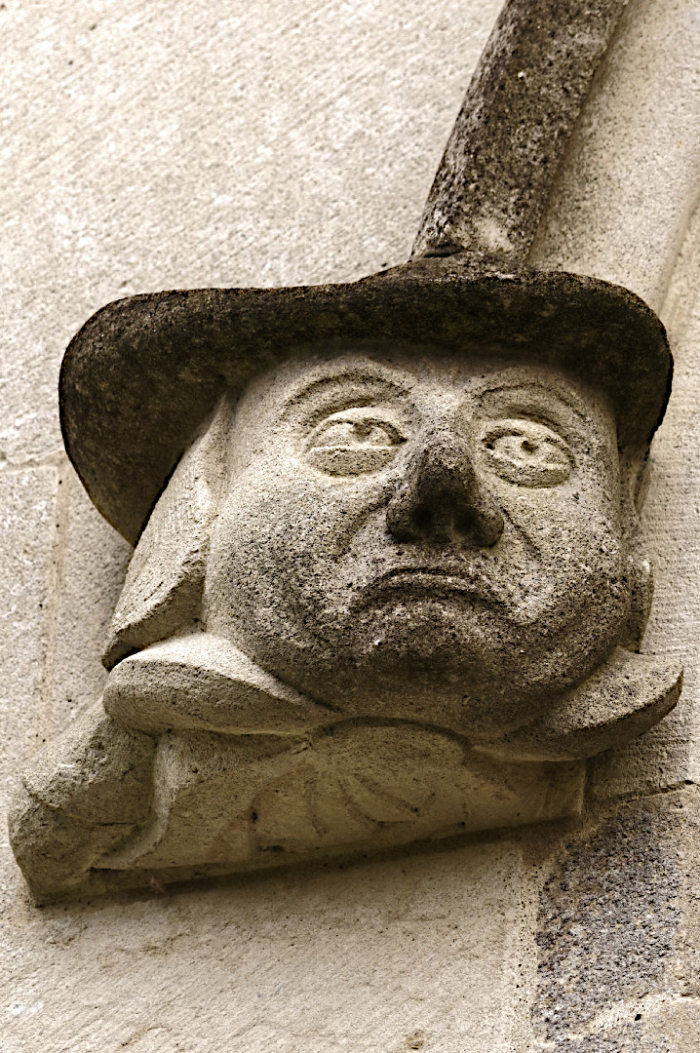 John Camden Neild was a recluse and a miser, and this less than complimentery carving is of his head. It’s on North Marston church. It’s a recent carving, made when the 15th Century tower was restored in 2004-2005.

John Camden Neild had lived in Chelsea, but when he died in 1852 he was buried in the chancel of the church; he had owned property in the village.

The Queen used the money first to see that Neild’s servants were taken care of, then had the chancel of North Marston church restored and had the new East window installed with its fine stained glass.

Then she bought the Balmoral estate in Scotland and had it remodelled, at a cost of £31,000.

This head is a label stop; it’s on the bottom edge of a label (or dripstone, or hood mould); a carved stone ridge above a church window that directs rainwater away from the glass.

When this Grade 1 listed church was inspected a few years ago, the tower was found to be in very poor condition. Some of the eight inch thick facing stones were down to two inches or less.

Specialist stonemasons Boden and Ward made a fine job of restoring the tower, (there's more about it at the link) and carved this head, and the one of John Schorne that’s on the other end of the label.